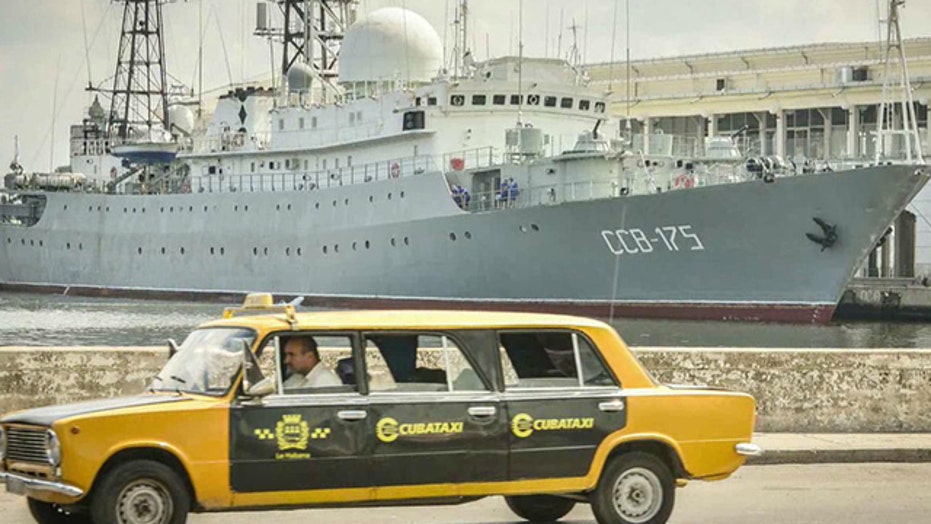 McFarland: Russia is saying 'we're back'

Russia, flush with new-found wealth from oil exports, expands its military reach and political influence abroad. A war-weary America slashes defense spending and retreats from the world. The president embarks on a massive government-subsidized program to develop alternative energy to replace fossil fuels.

Pundits cluck about America in retreat, and point to the rise of an Asian economic superpower. That’s the world circa 1976, but it sounds like quotes ripped from today’s headlines.

History has a way of repeating itself, or to quote the great Yogi Bera, it’s déjà vu all over again. The Obama administration is looking a lot like the Carter administration. Only worse.

President Obama may think the Cold War is over, as dated as yesteryear’s fashions. But President Putin thinks it’s game on, and Russia is winning. And there is ample evidence to support his claim.

I can’t wait for the pictures from the next Obama-Putin meet-up. It will be in June in Sochi, where President Obama would NOT go for the Olympics, but has to go for the G-8 summit.

In the past, Putin has looked bored, picking lint off his sleeve while Obama droned on.

This time he’ll no doubt have a smirk on his face: he’s got Snowden safely ensconced in Moscow, he’s calling the shots in Syria, he’s taken America’s place with Egypt, and Europe is addicted to his natural gas.

His budget is in surplus and his coffers flush with oil revenues.

His military is moving into regions the Americans are retreating from.

He’s even sending warships to Cuba.

Putin has a lot to smile about.

The Obama administration, in contrast, has presided over a series of foreign policy disasters. "Leading from behind" has resulted in the predictable outcome: the guys up front no longer look over their shoulders for orders. America isn’t leading from behind, it’s being left behind.

Our allies no longer trust us, and our adversaries no longer fear us. We’ve alienated Poland and the Czech Republic by canceling our missile shield agreements.

We didn’t even figure in the Ukraine negotiations. The Europeans are mad at us for spying on them.

We’ve lost two wars, not on the field of battle in Afghanistan and Iraq but in the corridors of power in Washington, Baghdad and Kabul. Even President Karzai, a guy we created, is pushing us around.

We’ve negotiated a deal with Iran which allows them to keep their nuclear facilities while we lift sanctions and their economy booms. They will soon have plenty of extra cash to pay for terrorists, cyberattacks and WMD.

Japan and South Korea doubt our reliability as treaty partners.

The Chinese are taking advantage of America’s weakness to make claims to the South and East China seas.

But all is not lost. America has a way of reinventing itself just as things seem darkest. That will be as true in the next few years as it was 35 years ago. This time American ingenuity, entrepreneurialism and abundant natural resources will lead the way with a new energy industry that will dwarf anything in Russia or the Middle East.

By 2020 America will be THE energy superpower on the planet. We will no longer export billions of dollars to import oil from countries that hate us.

We will no longer be embroiled in Arab civil wars that have commanded our presence for decades.

Cheap oil and natural gas will bring manufacturing back to America and we will make things again and unemployment will vanish. Not only will we be energy independent, we will be energy exporters to countries like China, India and Japan. And the inevitable lower oil and gas prices will bankrupt Russia.

So Mr. Putin, smirk all you want for now. You may think the Cold War is back on and you’re winning. But it won’t last.

And don’t worry America. We survived Jimmy Carter and we will survive Barack Obama. Only one questions remains….who is the next Ronald Reagan?