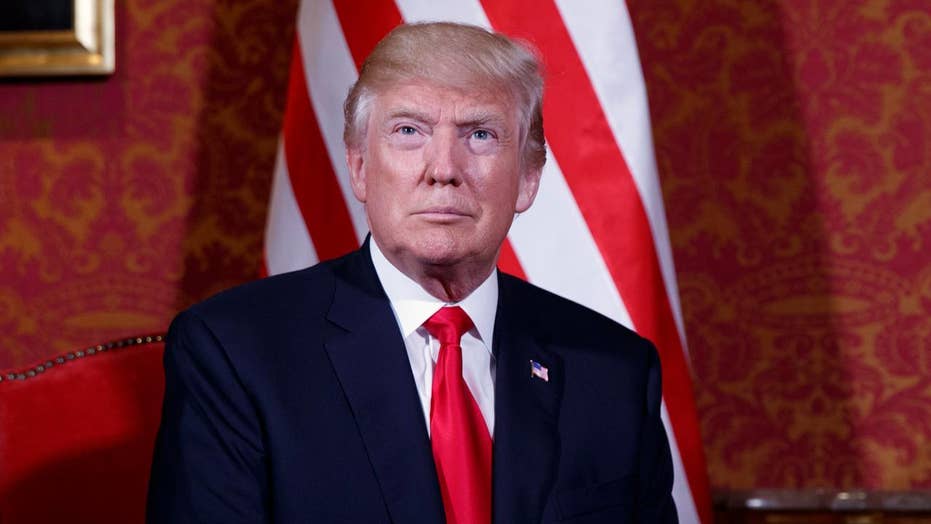 Reaction and analysis on 'The Story'

Two President Donald Trumps were on display in Warsaw on Thursday. On the first full day of his second international trip, President Trump gave a dark, powerful prepared speech and held a news conference in which his impromptu remarks contradicted key portions of that speech. Will the @realDonaldTrump please stand up?

Speaking in the Polish capital Warsaw, Mr. Trump endorsed views that relieved many Republicans who had privately begun to wonder whether the man they elected was up to the job. In a sharp break with his campaign “bromance” with Russia’s autocratic leader Vladimir Putin, Trump blasted Russia, calling upon Moscow to stop “destabilizing” Ukraine and other countries, end its support for such "hostile regimes" as Syria and Iran, and "join the community of responsible nations." He urged America’s allies to defend western “civilization” and rise to the challenge of defending it. Most important to many of those attending the two-day Group of 20 (or G-20) summit, he made a clear, unambiguous endorsement of Article Five of the NATO treaty, the principle of collective defense among alliance members, which he had refused to do on his first trip to Europe last May.

But in a press conference with Poland’s right-wing president at his side shortly before delivering his scripted speech, the other President Trump emerged. First, he declined to endorse the U.S. intelligence community’s conclusion that Russia had interfered in last year’s presidential election. “Nobody really knows for sure" if Russia hacked into Democratic emails and engaged in other cyber intrusions aimed at undermining Hillary Clinton’s campaign, Trump said, once again challenging his own intelligence analysts “high confidence” assessment. Reverting to his singular, slashing style which many of the White House correspondents who cover him consider his true persona, Trump also criticized his predecessor, former President Barack Obama for saying nothing publicly about the alleged Russian hacking. Mr. Obama had thought that Mrs. Clinton would win the election and had “choked,” he told reporters, some of whom he once again blasted as purveyors of “fake news.” Trump went on to accuse his favorite news media target, CNN, of taking "too seriously" a mock video he tweeted which shows him wrestling a person to the ground with CNN’s logo on his head.

The dizzying dual, or dueling performances led analysts like Nicholas Burns, the former U.S. Undersecretary of State for Political Affairs, among other veteran diplomats, to question which performance reflected Trump’s real views.

Is it “Tough Trump,” the carefully scripted presenter of more traditional Republican hard-line foreign policy views, or “Donald the demagogue,” the president whose tweets bully critics and reflect a mystifying unwillingness to criticize Putin for his interference in American politics.

Is it “Tough Trump,” the carefully scripted presenter of more traditional Republican hard-line foreign policy views and positions, or “Donald the demagogue,” the Trump-unplugged president whose tweets and public statements often savage and bully critics and reflect a mystifying unwillingness to criticize President Vladimir Putin for his interference in American politics. The question is key, as Trump is scheduled to meet his Russian counterpart as president for the first time in Germany on Friday.

Democrats and other critics quickly criticized Trump’s sharp break with protocol at his press conference – his harsh public criticism of a former president, the free press, and his own intelligence community on foreign soil. American presidents usually refrain from such attacks on pillars of American democracy when traveling abroad.

Referring to his news conference remarks, Rep. Adam Schiff, the California Democrat who is the ranking member of the House intelligence committee, accused Trump of “capitulating” to Putin and of unpresidential behavior. Trump not only contradicted his own intelligence analysts’ assertion that Russia had tried to interfere in the 2016 election, but rubbed in an earlier error by reminding reporters and viewers that the intelligence agencies’ conclusion that Iraq had Weapons of Mass Destruction had resulted in “a big mess.”

Charles Krauthammer, the Fox commentator, called Trump’s press conference remarks “unfortunate,” noting that once again, the president had undermined his own powerful message and the sharp criticism of Russian aggression expressed in his speech.