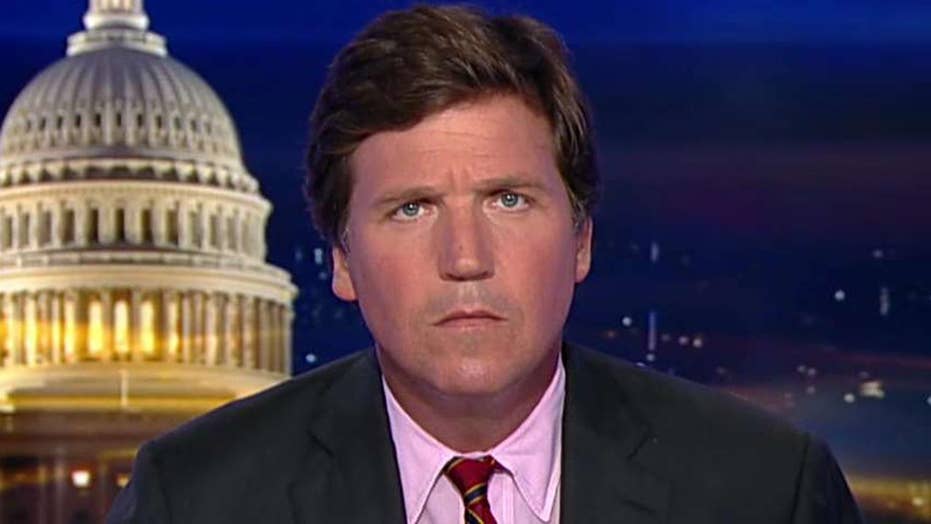 Tucker: Where are Dem leaders on progressive violence?

Tucker: The left is moving from violent words to action. And why wouldn't they? Their heroes are encouraging it. #Tucker

In the State of California, a man screaming obscenities about the president attacked Republican Congressional candidate Rudy Peters over the weekend. He tried to stab him with a switchblade.

Meanwhile, here in Washington, police are investigating an angry progressive who apparently threatened to shoot Trump supporters at the Trump International Hotel. The man had a Twitter avatar promoting the Democratic Socialists of America.

At the University of Southern Nevada, meanwhile, a sociology professor called Mark Bird apparently became so enraged by Trump that he showed up at school with a gun. He was going to stage some kind of protest. In the end, he shot only himself in the arm which may say more about his competence than about anything else. -- That story's sort of amusing. A sociology professor, of course.

But the larger trend is not amusing at all. The left is moving from words to action. And why wouldn't they? Their heroes are encouraging it.

Congresswoman Maxine Waters of Los Angeles boasted -- just days ago -- that she threatens people she doesn't agree with. Here's what she said:

"And of course the lying president said that I had threatened all of his constituents. I did not threaten his constituents, his supporters. I do that all the time, but I didn't do it that time."

Well, you'd think that just a little over a year after a progressive activist showed up with a rifle at a Congressional baseball practice to kill Republicans and shot four people, Democratic officeholders would be wary of talking like this. But they're not.

Where are their leaders? Nancy Pelosi brags that she will soon be Speaker of the House again, and she may be. Pelosi could do a lot for this country by speaking out against this ominous trend toward violence.

Pelosi could hold a press conference and say that. Then repeat it with vehemence.

People would listen. It might even help Pelosi politically. Doing the right thing usually does help politically.

So, we're going to wait and see if she does it.

Adapted from the September 12 edition of "Tucker."