Tucker: 2020 Democrats battle to be the most extreme on immigration

It's interesting to see the Democratic candidates for president all gathered together because you get a sense of what the Democratic Party cares about, what its priorities are. And this season, the candidates will be trying hard to become the most extreme on the question of immigration. Which one can attack the idea of borders most aggressively?

Keep in mind it was only a few months ago that as a group, they were telling you there was no crisis, at all, on the border. In fact, they were saying it was "manufactured" by the Trump administration.

Shills and liars and dumb people. Joe Lockhart coming out of retirement to lie to you. "It's a manufactured crisis." That wasn't true then, it's definitely not true now. 100,000 people estimated to be streaming into this country illegally every month, many from as far away as Africa. The crisis is not manufactured. It's demonstrably real. Even Democrats recognize that now.

But now they're saying it's not their fault, of course. They're blaming the president. This week, a man and his daughter drowned trying to cross the Rio Grande River, which creates our southern border. Beto O'Rourke, a participant in Wednesday's debate tweeted this: "The President is responsible for these deaths."

This is the man who said we should have no border barrier whatsoever. The press instantly adopted Beto's view as their own and repeated his sentiments. NSNBC host Chris Hayes said, "This administration's mix of cruelty and incompetence continues, day-by-day, to exacerbate a humanitarian crisis at the border." Another host said, "The president and his administration concoct a toxic brew of political opportunism and operational competence."

This wasn't shading the truth; it is not bending the truth. It's lying right to your face and daring you to disagree. It's the definition of propaganda.

When Democrats tell you that it's Trump's fault that the border is out of control, that is a lie. It is 100 percent their fault. They created the status quo that is causing deaths suffered by migrants.

Thousands of people cross our border every single day illegally. Why? Because word has gotten out that our immigration laws will not be enforced. It's not the president who decided not to enforce them. He was elected to enforce them. No, it's the Democratic Party, which has staked its entire political future on the dysfunction you're watching right now on importing a new class of voters to replace the American middle class -- which it no longer serves or cares about.

Not everything about the Democratic Party is bad. Not everything they say is a lie. But when they tell you that it's Trump's fault that the border is out of control, that is a lie. It is 100 percent their fault. They created the status quo that is causing deaths suffered by migrants.

But don't take it from us. Five years ago, President Obama admitted that dysfunctional borders lead to suffering.

President Barack Obama, in a 2014 interview with ABC News: Our message absolutely is don't send your children unaccompanied on trains or through a bunch of smugglers. We don't even know how many of these kids don't make it. They may have been waylaid into sex trafficking or killed because they fell off a train. We have no way of tracking that.

So that is our direct message to the families in Central America. Do not send your children to the borders. If they do make it, they'll get sent back. More importantly, they may not make it. 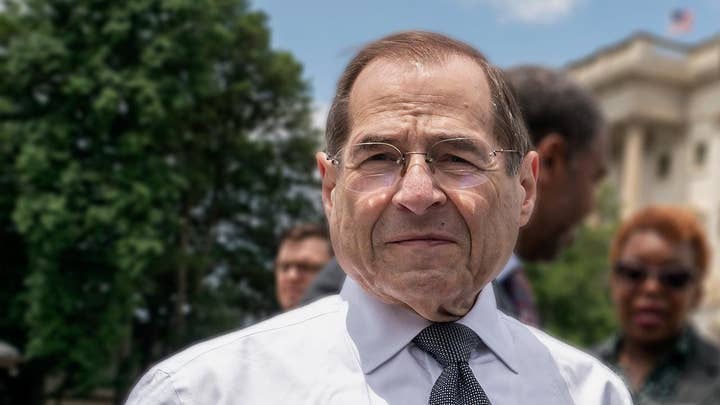 So says Barack Obama, telling illegal aliens not to come and not to put their children in harm's way trying to sneak in. Can you imagine? He is a Democrat, by the way, in case you don't remember. He held office just three years ago.

Try saying that today. Anyone who even had those thoughts would be considered a thought criminal. Obama would be too far-right wing to stand on Wednesday's debate stage. And he actually would be scorned by his fellow Republicans, by the way, if he were a Republican.

Things have changed -- a lot.