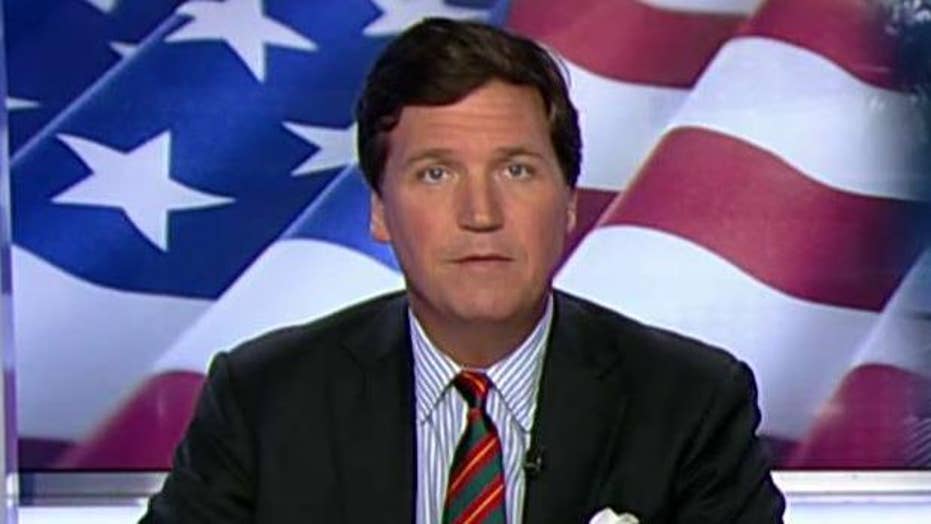 Here's a helpful hint about how your government works: If you ever see consensus forming in Washington, run. Something awful is about to happen.

For decades, you will remember, there was total consensus that our trade deals could not be better. They helped everyone. Meanwhile, as they were telling us that, America's manufacturing sector died, and huge parts of the middle class died along with it.

Then it was bipartisan consensus on the Iraq War and the stockpiles of weapons of mass destruction we'd supposedly find there, but didn't. A few years later, there was a consensus on banking regulations. That was just before the financial crisis hit. Then there was still more consensus on the creation of an all-seeing surveillance state that was supposed to somehow help you, but that is now scanning your face and reading your texts.

There wasn't much debate in Washington about any of those policies. There should have been.

So it is with some skepticism that we note a new consensus forming here, one about our southern border. It may look bad down there, they're telling us, but calm down. It's fine. Everything is just fine. That's the new word for Max Boot.

Boot is a columnist for Jeff Bezos' newspaper. But more than that, Boot is the living repository of every warmed-over cliche, every silly half-truth, every stale scrap of stupid conventional wisdom the buffoons who run this place have thought up recently. On Monday on CNN, he said the following: "I'm ready to declare a national emergency. The national emergency is not on the southern border. It's in Washington, DC with a president who is lawless and out of control."

Who is this guy? Well, Max Boot calls himself a foreign policy expert. That's a title that doesn't actually mean anything, but in practice, it allows Boot to agitate for more counterproductive foreign wars.

In the years since 9/11, Max Boot has demanded military intervention in Afghanistan, Iraq, Syria, Libya, Iran and North Korea and likely many other places. He has called for the U.S. to topple the Saudi monarchy. And of course, like so many neo-cons, Boot fell headlong into the Russia conspiracy nuttiness for more than two excruciating years.

It's hard to think of anyone in this country more discredited than Max Boot. Going to him for foreign policy advice is like giving Jeffrey Dahmer a cooking show. He'd be the last person you would ask. So, of course, Max Boot now has gigs at CNN, the Washington Post and the Council on Foreign Relations, because that's how Washington really works. The key is never apologize, never admit fault, no matter what.

According to Max Boot, the idea of toppling the Libyan government, which was deranged, was, in fact, brilliant. We just didn't do it right. "We did a great job of overthrowing Gaddafi, but they had nothing to secure the country afterward," he said. "And there was, I might add, a similar lack of planning for our pullout in the case of Iraq, where there was very little sense of what would happen after U.S. troops left in 2010. We can't think about these as being kind of quick in and out engagements. We send some troops, kill some people and then come back home to a victory parade. Sadly, it doesn't work that way."

Boot didn't explain how exactly it does work; he didn't need to explain. Everyone knows his assumption. It's the same as permanent Washington's core assumption. Military occupation is always the right answer, no matter what the question is. Sending somebody else's kids to a foreign country is always, in everywhere, the right thing to do.

When Donald Trump pledged to pull Americans out of Syria, Max Boot went crazy, just on principle. Because no troops can ever leave -- ever. "There is nobody who knows anything about the situation in Syria who recommends doing this," he said. "This is a Christmas gift to America's enemies. This will help ISIS. This will help Russia. This will help Iran. This will help Bashar Assad and this will hurt Israel and our Kurdish allies."

What about us? What about our country? We're being invaded. No offense to the Ethiopian Navy, but we could use American troops a lot closer to Tijuana than the Horn of Africa.

What did Max Boot not say? What do you notice about that? Well, he never explained how keeping Americans in Syria would help the United States. Why didn't he mention it? Because he doesn't care. Nobody in Washington cares, and maybe that's why you never hear anyone ask questions about our current military commitments. Are we overextended perhaps?

We have the numbers. As of Tuesday night, we have nearly 175,000 active duty personnel serving overseas, American troops are posted in 158 different countries. For perspective, there are only 195 countries total on the entire planet. We're almost everywhere. Keep in mind there is no world war currently in progress. This is what we've signed up for in peacetime.

And yet, you may notice that there was one place American troops are not. They are not on our southern border protecting us. They should be, we could use them. Tens of millions of illegal immigrants already live here in the United States. We don't know the exact number. We don't even know who they are. They just show up and a hundred thousand more are showing up every month.

Over time, this is how countries collapse. Max Boot doesn't think that's a crisis. Nobody in Washington thinks it's a crisis. As far as they're concerned, illegal immigration is just some right-wing talking point that Trump throws to his base at rallies in Grand Rapids.

You know what they think is a crisis? You know what they're really concerned about? Medical care in Morocco. That's a problem we must solve immediately. Luckily, we have Exercise African Lion. Never heard of it? You're paying for it. In the last year, 1,100 US military personnel have participated in that exercise, all of them working to make Morocco healthier.

Or how about the plight of the Ethiopian Navy? The Ethiopian Navy needs a lot of help, considering that Ethiopia is entirely landlocked as a country. Thank heaven for our Sixth Fleet, they're on it. The Navy just sent out a press release last week bragging about new talks with the Ethiopian government to "discuss the exciting task of building the Ethiopian Navy."

Feel safer? The people of Mozambique feel safer. U.S. military aircraft have flown 60 missions. They've transported more than 663,000 metric tons of relief supplies in there in the wake of a cyclone. That was nice.

In Honduras, we currently have 400 American troops stationed. Our 612th Air Base Squadron recently helped extinguish a wildfire in a small city called Comayagua. In Malaysia, meanwhile, a U.S. Navy amphibious construction battalion is rebuilding water tanks at an elementary school.

And we could go on and on. Now, these are all good works, virtuous things, done at taxpayer expense, by the most altruistic country in the history of the world. That's us, the United States. But what about us? What about our country? We're being invaded. No offense to the Ethiopian Navy, but we could use American troops a lot closer to Tijuana than the Horn of Africa.

Max Boot and his friends scoff at this. Troops on our own border? Protecting our own people? That's disgusting. Immoral. It's fascism. Only in Washington do people believe that.