Attorney General William Barr has finally confirmed what has been obvious for months now - the Obama administration spied on Donald Trump's presidential campaign. Nothing like this has happened in modern American history.

Barr dropped the news almost in passing during testimony before Congress on Wednesday morning.

Sen. Jeanne Shaheen, D-N.H.: So you're not -- you're not suggesting, though, that spying occurred?

There is no disputing the points that Barr made, especially the first one. Spying on a presidential campaign is a big deal, especially when it was authorized by a rival administration. Just imagine if, a year from now, the Trump administration allowed the FBI to surveil officials in the Kamala Harris for President campaign. Imagine if when caught, Trump pointed to opposition research generated by the Republican National Committee as justification for that surveillance. How would the media react to that story?

Well, like it was a major jaw-dropping scandal, and this show would hardly disagree with that. We would not defend that. Law enforcement should never be used as a partisan political tool, no matter who it benefits.

But the media don't feel that way about Obama spying. They refuse to admit it even was spying. Professional dumb person, Jennifer Rubin of the Washington Post, attacked the attorney general for daring to bring up the topic at all. She called Barr "Trump's toady." CNN, meanwhile, assured its viewers that there is little evidence that spying occurred.

But that is a lie. There is plenty of evidence that spying occurred, and we've had it for months. In 2016 and 2017, the FBI wiretapped Paul Manafort, Trump's former campaign chairman. Former Trump aide, Carter Page, was spied on extensively by the U.S. government, even though it was obvious from the very first day that he was not a Russian spy. Last year, we learned that the FBI used an informant to feed that information from inside the Trump campaign. This is all spying. There is no other word for it.

When Trump complained about being spied on, Democrats and their employees in the media called him a nutcase and a liar. "He lied." "He is crazy." "It's a conspiracy theory." A lot of Republicans said that too, by the way, and we should remember their names.

And as it turns out, there was, in fact, a conspiracy afoot to hide the truth. But Trump was not leading that conspiracy, former Director National Inlligence Jim Clapper was, as suggested in a prebvious appearance on "The View."

Joy Behar, co-host of "The View": Was the FBI spying on Trump's campaign?

Behar: So why does he not like that? He should be happy they're doing it.

Clapper: Well, he should be.

"He should be." Got that? The Obama administration was not spying. They were watching him without his knowledge on behalf of the opposing party in the closing months of a bitter presidential campaign. No big deal. Trump ought to be grateful for that. The Obama people cared enough to surveil his staff. They are patriotic that way. They are big-hearted people. 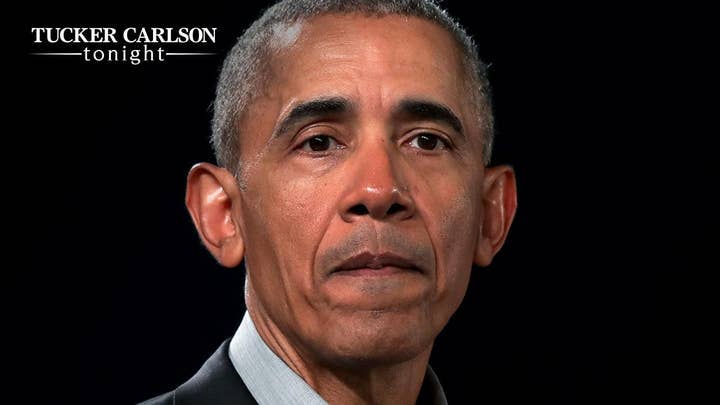 Come on. There has got to be a limit to how much lying a country can take from its leaders before things start to fall apart -- and we've definitely reached our limit. Russian collusion did not happen. Domestic spying during a presidential campaign did happen, and we have a right to know who participated in it, who authorized it and what their motives were. We have a right to know that immediately, right now without redactions.

This country does not belong to retired Obama staffers and intel agency heads and mindless CNN contributors who nod gravely as they say something you do not understand. No. It is our country. This is a democracy, and we ought to act like it is a democracy.