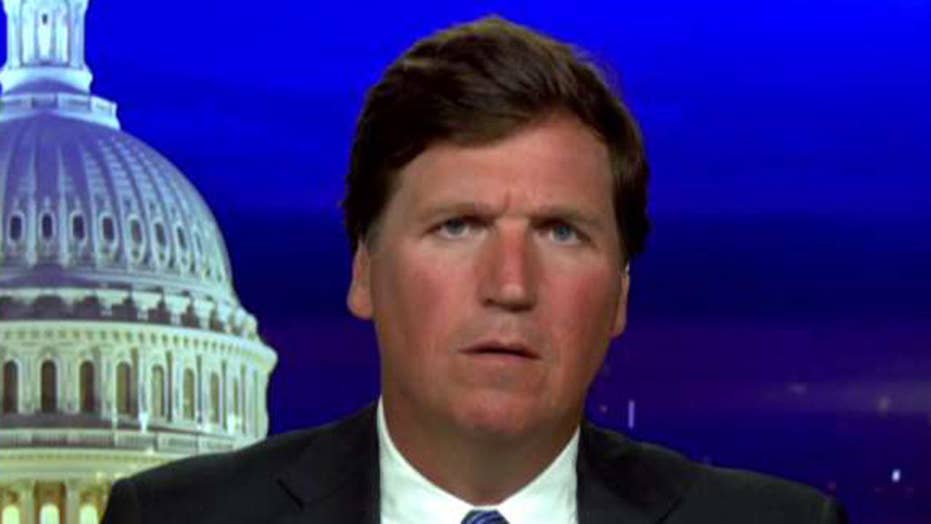 Tucker: The left gets high marks for message discipline

Democratic presidential candidates focus on talking points about Trump and the law.

One thing you can say about the left, they do get high marks for message discipline. Some functionary in the propaganda department comes up with a talking point and immediately, the entire herd -- from senior Democrats in the United States Senate to weekend anchors on MSNBC and everyone in between -- all of them shamelessly repeat in verbatim, like it's an original thought.

You've heard a lot of lines like that. One of them we've heard a lot recently is about Donald Trump and the law. The president, Democrats will tell you again and again, believes he is "above the law."

Rep. Jerrod Nadler, D-N.Y. and House Judiciary chairman: We have a president who believes he is above the law.

Sen. Bernie Sander, I-Vt., 2020 presidential candidate: The American people do not want a president who believes that he is above the law.

Rep. Maxine Waters, D-Calif.: In the United States of America, no one is above the law.

Joe Biden, 2020 presidential candidate: An American president who has no respect for the rule of law.

House Speaker Nancy Pelosi: No one is above the law.

Pete Buttigieg, South Bend, Ind, mayor and 2020 presidential candidate: What I will say is that no one ought to be above the law.

Sen. Elizabeth Warren, D-Mass., 2020 presidential candidate: No one is above the law, not even the president of the United States.

"No one is above the law," they thunder. Except, of course, the more than 20 million foreign nationals currently living in our country illegally, all under the care and the protection of the Democratic Party. They are, by definition, above the law. We can't punish them, Democrats tell us; that would be racist.

Drug dealers, too. They are suddenly above the law as well, according to the left. So are people who defecate on sidewalks and people who spraypaint overpasses, and people who shoot up in subway stations and leave dirty needles in parks. All crimes are no longer allowed to be acknowledged as crimes. There are huge new classes of people who are literally above the law.

What you're watching from the left is really an attack on society itself. The basic bargain in any society is straightforward: People who follow the rules get rewarded, people who don't get punished. If you get rid of that standard, then everything inverts.

And this category is growing, thanks to the activist left. On Tuesday night, in the State of Virginia, prosecutors backed by George Soros unseated incumbents in two large counties outside Washington, D.C. Both candidates have pledged to roll back criminal enforcement in a massive way. They will, among other things, abolish cash bail, stop enforcing drug laws, put more criminals back on the street. This kind of thing is happening all over the country and getting very little coverage.

In Philadelphia, the murder rate is the highest it has been in a decade. Why is that? Well, a Soros-backed prosecutor called Larry Krasner stopped enforcing the law. Meanwhile, a left-wing DA in Dallas announced he will stop prosecuting people for most kinds of theft. In Dallas, thieves are now above the law.

Beto O'Rourke approves of this trend. Not only should we legalize marijuana, Beto says, we ought to retroactively expunge the criminal records of everyone who broke the law while it existed.

"We absolutely need criminal justice reform and an end to the war on drugs and an end of the prohibition on marijuana and an expungement of the arrest record of everyone caught for possession of marijuana," he said.

How much would you bet that by next year, Beto will be telling us that drug dealers deserve reparations from the rest of us? Actually, we're not just guessing about that. Some on the left are already demanding reparations for drug dealers. Democrats are so eager to reorder our justice system that you might imagine that criminals are driving the agenda.

And of course, that's part of the plan, too, literally. Bernie Sanders says it's time to let violent felons vote from prison.

So unless murderers and rapists can elect politicians from behind bars, we're back to slavery. That's what Bernie is telling us. It's hard to know how to respond to an argument that stupid. It's a craven attempt to win votes, of course. But it's more than that, unfortunately. 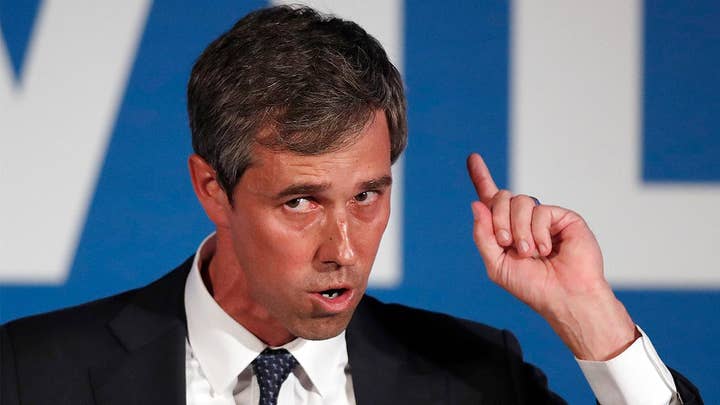 What you're watching from the left is really an attack on society itself. The basic bargain in any society is straightforward: People who follow the rules get rewarded, people who don't get punished. If you get rid of that standard, then everything inverts. Suddenly, power flows to the worst people in your society, the most ruthless and aggressive. Decent law-abiding people, meanwhile, are mocked. They're just suckers who can be exploited by everyone else.

That's where we're heading, by the way and fast. It's pretty obvious when you look around. The threads are frayed. It's coming apart - hundreds of years of hard work and self-discipline designed to create what we used to call "civilization" before the term civilization was deemed racist.

The people doing this to us won't have to live with the consequences of it. That's their guess. They are decadent morons who've never lived in a tough neighborhood. Unfortunately, they're now in charge of an entire political party. So we have no choice but to live under their rule.