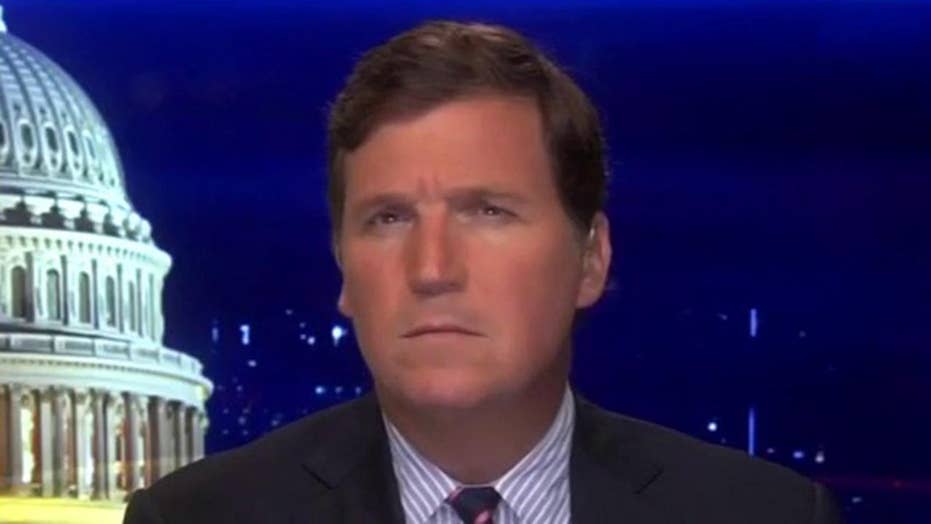 A lot of criminals walking free, but not Stone.

We’ve chronicled pretty extensively on this show how our leaders in Washington suddenly seem deeply sympathetic to people ensnared in our criminal justice system.

An awful lot of criminals are getting out of prison early these days or not going at all. This is compassionate, they tell us, and it may be. Yet somehow, those same compassionate impulses don't seem to extend to Roger Stone, one of President Trump's oldest advisers.

Stone was convicted of lying during Special Counsel Robert Mueller's Russia investigation. In the end, Mueller couldn't find collusion between the Trump 2016 election campaign and Russia, but Justice Department prosecutors recommended to the sentencing judge that Stone should get seven to nine years in prison. Good, says official Washington. He is annoying and worse, he is close to Trump. Let him die there.

President Richard Nixon’s White House counsel, John Dean, said on CNN: “Roger Stone is somebody I hold in minimum high esteem. So I was not unhappy to see him get seven to nine.”

Dean led the Watergate cover-up for months. He made hush payments to the burglars. He destroyed evidence to keep investigators from finding it.

So how much prison time did he serve for all that? Well, he served four months. He is not Roger Stone. He didn't get nine years.

Former FBI Deputy Director Andrew McCabe isn't Roger Stone either. He won't even serve that. In fact, McCabe will serve nothing at all, which is pretty remarkable if you think about it.

As an FBI official, McCabe authorized illegal leaks to the press and then lied to investigators about doing it. McCabe was fired from his job for that, as he should have been.

But on Friday, prosecutors announced that they will not bring any criminal charges against McCabe for committing what were obviously crimes.

Over at CNN, where McCabe is a contributor, they celebrated the news.

Other corrupt former FBI officials were thrilled by the news, too. Former FBI lawyer Lisa Page – who spent months texting her FBI boyfriend Peter Strzok about how to stop Donald Trump (not her job, by the way, as a federal employee) tweeted: "Cheers, Andy," with a photograph of herself holding a glass of wine. In other words: Hey America, up yours.

But McCabe was the one man on the left that didn't seem happy about the news that he wouldn’t be charged with a crime. Believe it or not. He is not grateful that he just dodged an indictment. Instead, he says he is angry. He is the victim here.

McCabe said on CNN: “As glad as I am that the Justice Department and the D.C. U.S. Attorney's Office finally decided to do the right thing today, it is an absolute disgrace that they took two years and put my family through this experience for two years before they finally drew the obvious conclusion.”

Talk about an ingrate. If he was Roger Stone, McCabe would be in jail right now. Instead, he is a celebrity fawned over by the hair hats on cable news. No doubt his salary has increased.

You ought to be grateful he didn't get caught supporting Donald Trump three years ago. He would be talking to his lawyer through a glass window right now.

And he's not alone. There are an awful lot of people out there who aren't Roger Stone who are walking free tonight.

Take Jose George. George is accused of trafficking in fentanyl. That's the synthetic opioid that's killed tens of thousands of Americans and does so every year.

Police have already linked at least one death to the drugs that George allegedly sold. He was recently arrested in New York state, but police had to release him, thanks to New York's new bail law – even though he was facing life in prison.

After being charged, he was let go without paying a cent in bail. What's stopping him from trying to flee? Nothing. If he doesn't try, he is stupid. That's what life in New York is like now. That's compassion for those who are not Roger Stone.

In November, New York resident, Reeaz Khan – who is also not Roger Stone – was arrested for domestic violence. Immigration and Customs Enforcement (ICE) requested that he be handed over for possible deportation. New York ignored them and let Khan go.

Now, Khan has been arrested and is accused of raping and murdering a 92-year- old woman. It's not just in New York, by the way. Across the country, cities are slashing the sentences of people who are not Roger Stone or refusing to prosecute them entirely.

In California, Proposition 48 has fueled a wave of car break-ins and shoplifting by criminals who have calculated the potential gains of the crime outweigh the punishment they're likely to get.

In Philadelphia, District Attorney Larry Krasner has refused to prosecute dozens of cases of illegal gun possession. Well, how's that worked out? Exactly as you would expect.

Maalik Jackson-Wallace for example, was arrested in June 2018 and accused of possessing a gun illegally. Instead of facing charges, he was sent to a diversionary program and released.

These are the people who were for gun control for you, by the way, keep in mind.

In March – you won't be surprised to hear this – Jackson-Wallace was arrested and accused of yet another gun crime, and he was released yet again.

Again, prosecutors asked for no bail in Jackson-Wallace’s case, because he's not Roger Stone. Finally last June, Jackson-Wallace was arrested for a third time, this time accused of murder. So do you see a thread here? What's going on exactly?

Criminal justice reform is a lot like gun control. It's not about changing the rules for everyone. It's about selectively enforcing them along political lines.

So for example, the left will lecture you for hours about gun crime and how afraid they are of guns and they hate guns and guns are bad. But they don't really feel that way. They oppose stop and frisk, which saved thousands of lives by taking many thousands of guns off the street. But they're totally opposed to that.

Meanwhile, they're working deep into the night, for example, to disarm law-abiding Virginians in rural Virginia who commit essentially no violent crime and are a threat to no one.

They're not for gun control. They are for punishing people who don't vote for them, and the same thing is happening here.

The left doesn't want criminal justice reform. If they did, they'd be on Roger Stone's side. No. What they really want is to send their political enemies to jail and that's what they're trying to do.