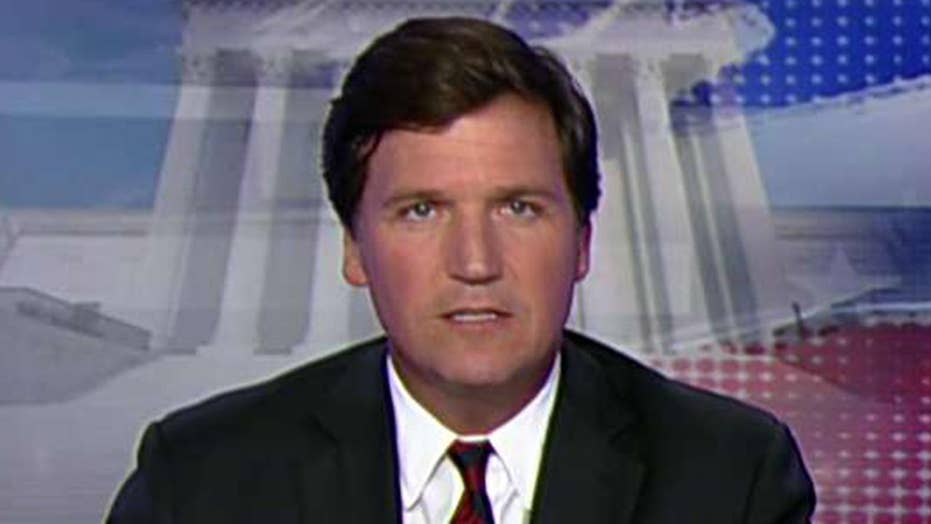 It's been more than a week since a California psychology professor named Christine Ford accused Judge Brett Kavanaugh of committing some form of sexual assault against her back in 1982 , when they were both high school students.

The claim has stopped Kavanaugh's Supreme Court nomination in its tracks, as Washington has been consumed by the debate ever since.

A number of Senate Republicans are said to be undecided on the question of Kavanaugh's guilt or innocence. They say they'd like to hear more from Christine Ford on Thursday, when she's scheduled to testify in the Senate.

Strikingly though, not a single Democrat remains undecided. Every one of them plans to vote against Kavanaugh. They've made up their minds. They don't need the evidence.

Strikingly though, not a single Democrat remains undecided. Every one of them plans to vote against Kavanaugh. They've made up their minds. They don't need the evidence.

Allegations keep coming, and Democrats insist the alleged victims must be believed, even with little or no evidence. It is Kavanaugh who must prove he is not a monster, they insist.

It's reminiscent of a scene from Arthur Miller's play, "The Crucible." The play about the Salem witch trials was written back in 1953, when liberals still cared about civil liberties and due process and the right to face one's accuser.

Miller wrote it as an allegory to the McCarthy hearings, a period the Left deeply hated until they took power and recreated it themselves.

Nowadays, you wonder if progressives still read Miller's play. And if so, are they outraged by it?

Maybe not. It might seem completely reasonable to them. A mob accuses a villager of witchcraft and the villager denies it because witches always deny it. "Prove you're not a witch," they scream. The witch can't, proving beyond a doubt that she is in fact a witch. To the stake she goes!

Chris Coons would understand this reasoning. Coons is a Democrat from Delaware and a member of the Senate Judiciary Committee. He's been making the same case about Brett Kavanaugh in public recently.

“It is Judge Kavanaugh who is seeking a lifetime appointment to the Supreme Court, and who, I think, now bears the burden of disproving these allegations, rather than Dr. Ford and Ms. Ramirez,” Coons said.

So, even those of you who are absolutely dead certain that Brett Kavanaugh is guilty as hell --because you saw it on CNN -- would have to admit that this does put him in a tough spot. The rest of us assume the Constitution guarantees us the presumption of innocence when we're accused.

Brett Kavanaugh no longer has that protection. It's up to him to clear his own name. He can either figure out how to prove that Christine Ford's foggy 36-year old memories are wrong or his daughters can grow up learning about how their dad is a sex offender.

That's his choice. Fortunately, the rest of us get to make a different kind of choice in the November elections. We get to put an end to Washington's twisted witch trials.