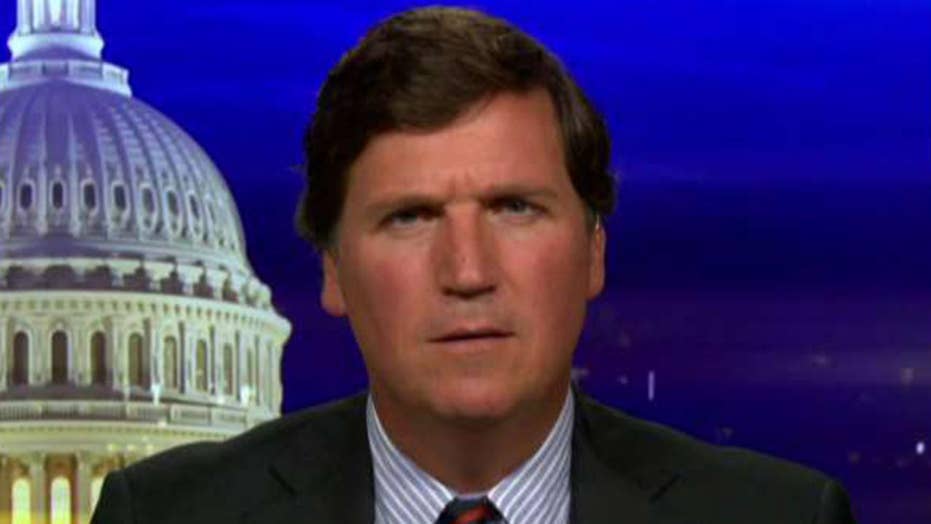 Tucker: Democrats think 'no one is above the law' except illegal immigrants

Democrats pushing against the law when it comes to the border, demand abolition of border enforcement.

Maybe you've noticed this from watching TV in the past couple of years. When it's about tax returns or executive orders, or of course, Russia, the left strikes a law and order pose. Nobody, they'll remind you -- finger wagging in your face -- is above the law in this country. Nobody. Not even -- drumroll please -- the president of the United States.

It's one of their favorite talking points. It is highly effective because it's absolutely true. In America, nobody is above law. That's the promise of this country. It's the best thing about it. It's why this isn't the third world.

If only Democrats actually believed their own bumper stickers, we'd be far better off than we are. But in this case, they don't. Nobody is above the law? Please, spare us.

The Democratic Party's entire electoral future depends upon making certain that millions and millions of people are above the law. In real life, our laws are unambiguous. Nobody is allowed to move to this country without our permission. People who come here illegally must be sent home. That's what the law says.

The modern Democratic Party is built around ignoring and subverting that law. Just this month, President Trump called for ICE to deport illegal aliens facing final deportation orders. To be clear, these aren't people pulled at random out of restaurant kitchens. These are people who, at our expense, have received their day in court. They've gone through the whole process. And in the end, they lost, and they've been ordered to leave. They've chosen to ignore that order. They've chosen to give the finger to our laws.

So, if you cared about the rule of law, you would send these people home immediately. But the left doesn't care. So, they've denounced any attempt to enforce that law as bigotry. Hillary Clinton actually shared a guide to help these people, these foreign nationals, evade federal law enforcement -- American law enforcement.

Virtually, every democratically-run city in America has now declared itself a sanctuary for illegal aliens. In the State of California, even private businesses are banned from giving assistance to federal immigration enforcement, to ICE.

Meanwhile, the Obama administration, you may remember, created an entire program called DACA, specifically to protect millions of illegal immigrants from ever having the law enforced against them. So, maybe you support DACA -- many Americans do. We don't hate you for that. But don't lecture us about how nobody is above the law.

Americans don't hate immigrants. They're not bitter racists, no matter what St. Pete Buttigieg claims. This is a kind and decent country. But it is also -- and it has always been -- a nation of laws.

DREAMers, the beneficiaries of DACA, are above the law, by definition. That's the whole point of the program, and it's just the beginning. There doesn't seem to be a single Democratic candidate in the 2020 presidential race right now who believes in enforcing immigration law. Many argue we should reward law-breaking with taxpayer-funded benefits.

Sen. Cory Booker, D-N.J., 2020 presidential candidate: On day one, I will make sure that number one, we end the ICE policies and the Customs and Border policies that are violating the human rights.

Chris Hayes, MSNBC host: If you could, would you take the wall down now? Here?

Sen. Elizabeth Warren, D-Mass.: Offer a home to refugees; that is who we are. That's our values. That's part of what we do.

Julian Castro: So, instead of building a wall or closing the border, we should choose compassion instead of cruelty.

Sen. Kamala Harris: We welcome refugees and bring people out of the shadows.

Sen. Kirsten Gillibrand, D-N.Y.: Immigration is not a security issue. It is an economic and a humanitarian and a family issue.

Joe Biden< former Vice President of the United States: I think the undocumented people need to have a means by which they can be covered when they're sick. People need -- this is just common decency.

So, come here without being asked, break our laws, take our benefits, denounce us as racist if you want to, and we will still give you free health care. That's their message. And that message is not going unnoticed in the world's poorest countries.

Since May 30th of this year, more than 1,100 African migrants from 19 different countries have been caught trying to cross our border. These are not people fleeing starvation. Obviously, they had to buy transatlantic plane tickets to get to our continent. They're coming because they know they'll be paid more in America. That's not irrational. You shouldn't hate them for it.

But think about what that means. There are billions of people just like this all around the world. Check the global population number sometime if you don't believe it, they're astounding. And the Democratic Party has decided that all of them deserve to come here and stay permanently at our expense. The law does not apply to them. 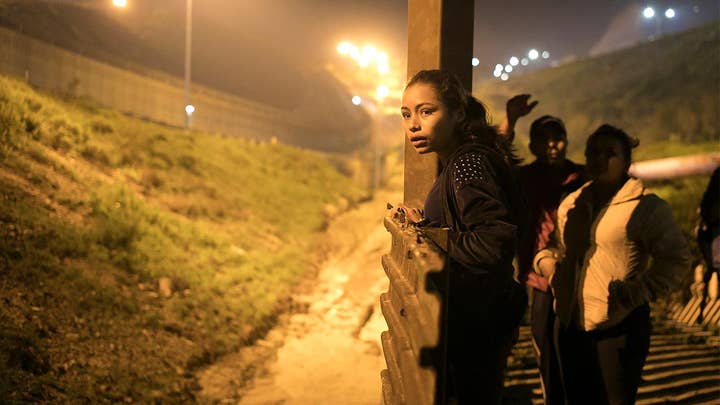 This is totally nuts, and it's scary. Even some of the left think it is. The Center for American Progress is the preeminent liberal think tank in Washington. In a new report, CAP warns that the party's immigration positions could cost Democrats the next election. The report says the party's positions are so extreme, they're forcing American voters to choose between being a nation of immigrants or a nation of laws. In the end, most people are for laws.

In a newly-released Marist poll, only 27 percent of American adults supported decriminalizing illegal border crossings. That's a position that many candidates for president on the Democratic side have taken recently; 66 percent of Americans are opposed to that. And by the way, there's almost no racial gap there. A large majority of African-American and Hispanic and Asian voters believe it should remain a crime to cross our border illegally, of course.

The poll also found that just 33 percent of Americans support giving illegal aliens free health care; 62 percent are opposed to that. And once again, the big majority is a majority of all colors. It's not a racial question, despite what they tell you on Twitter. It's just a lunatic idea. And most people of all backgrounds know that.

Americans don't hate immigrants. They're not bitter racists, no matter what St. Pete Buttigieg claims. This is a kind and decent country. But it is also -- and it has always been -- a nation of laws. And once we give that up, it's over.