Since release of the Mueller report, Democrats have gone on the attack against Attorney General William Barr.

For more than two long years, the institutional left told us they knew exactly what the Mueller report would say. They said it would end the Trump presidency and save this nation.

Congressman Adam Schiff, who sits on the Intel Committee and would know, gave us a preview. Schiff said that he had seen, with his own eyes, proof that the President of the United States colluded criminally with the government of Russia. BuzzFeed, a noted cat blog, said it had conclusive evidence that Trump obstructed justice. ABC News momentarily tanked stock prices when it reported that Trump had ordered his national security adviser to talk to the Russians, and so on.

The Mueller report was going to prove all of these stories true. And then the report came out, and it turned out that none of it was true. It was all a lie.

Instead, they did what they always do. They became more aggressive. They decided that, actually, the Mueller report vindicated everything they've been saying since 2016. It's all there. It's just being hidden by that dastardly Attorney General William Barr. Suddenly, Barr was right up there with Putin and former Trump campaign aide George Papadopoulos as an enemy of the people. Democrats were quick to call for Barr's arrest for contempt of Congress.

The people who run the Democratic party are not crazy. They are coolly rational; they always have been. They want power. That's all they want. Whatever it takes. These people don't throw fits unless it's to serve some higher political purpose. And this fit does serve a higher purpose. They're trying to divert attention from a much bigger story.

These people are fascists. "Cuff him, lock him up, send him to jail." The man who has been attorney general for less than three months must be in prison for his crimes -- whatever those crimes are -- and the president must go on trial, too. Now, you might think that being cleared of collusion by the Mueller report would be good news for Trump. But no, it just means he must be impeached.

"To invite a foreign power to participate in our elections, to obstruct justice and cover-up during the investigation, there must be consequences. There must be accountability," 2020 Democratic presidential candidate Beto O'Rourke told his supporters. "We must get behind the House of Representatives so that they pursue impeachment for this president.

Did you hear what he said? He said impeach, no matter what the cost. Impeachment is a theological imperative. Democratic Rep. Al Green of Texas even admitted this in a recent interview: "I'm concerned that if we don't impeach this president, he will get reelected."

Impeach him before the people choose him as their president again. So, that's how democracy works. Now, watching all this, you might assume that the left has lost control of itself -- and you would be half-right. The Democratic base has been emotionally incontinent for quite some time. They're getting worse, not better. And you can thank the internet for that.

But the people who run the Democratic party are not crazy. They are coolly rational; they always have been. They want power. That's all they want. Whatever it takes. These people don't throw fits unless it's to serve some higher political purpose. And this fit does serve a higher purpose. They're trying to divert attention from a much bigger story.

Remember when Trump said the Obama administration had been spying on his campaign? The Democratic Party's bootlickers went absolutely crazy the second he said it. They rushed to the nearest television studio to mock the very idea.

I think, looking back, the VCR will go down as one of the great inventions in human history, on par with maybe fire and the wheel. Because the VCR allows us to preserve people's claims on tape and then play them back. So many on the left were hysterical at the idea that Trump might believe there was spying on his campaign. But they were hysterical because they suspected it might actually be true.

And now we know that it was. In fact, according to recent testimony from a high ranking FBI official, the spying turned out to be far more extensive than Trump suspected. Even James Clapper, the former director of National Intelligence, had to concede that in an interview on CNN. 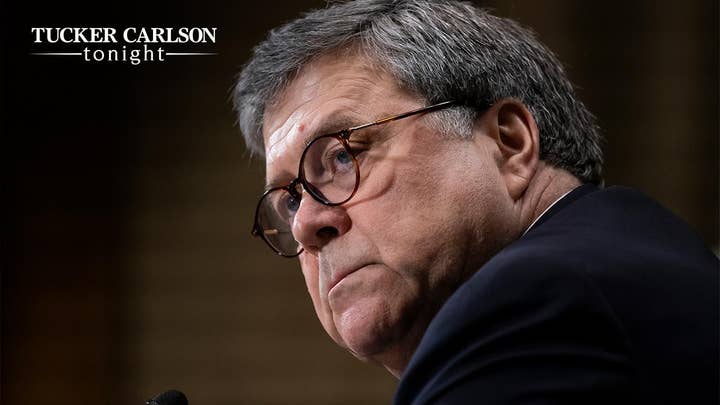 James Clapper: Using undercover agents is a standard and legitimate technique that is widely used in investigations. That technique has been used to thwart a lot of counterterrorism plots in this country. So I'm sure -- I mean, there are protocols and standards for using an agent and I'm sure that's the case here.

Clapper: Well, yes, I guess it meets the different-- the dictionary definition -- of surveillance or spying, a term I don't particularly like.

Yes. The guy who ran the spy agency doesn't like the word "spying."