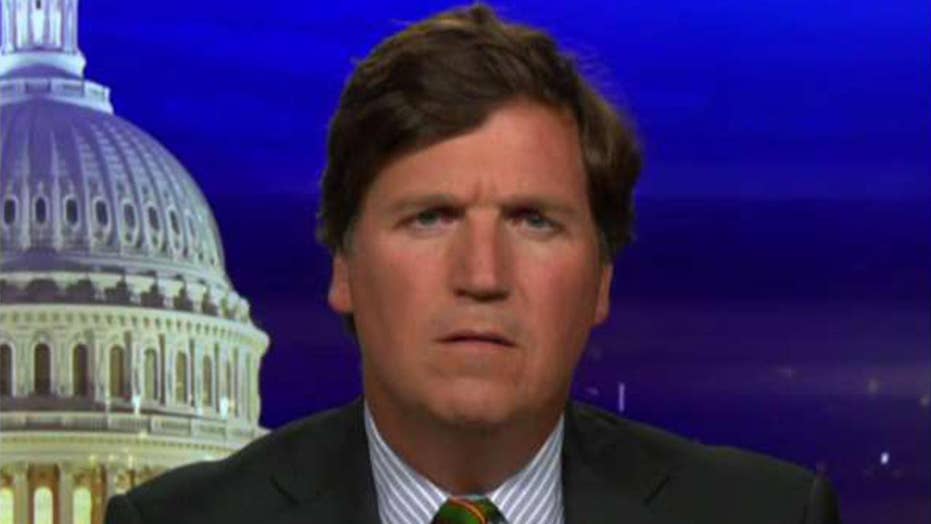 Tucker: Democrats have refused to learn from 2016 defeat

Democrats' moral superiority over Americans is a turn off for voters.

Four years ago, Democrats came up with a new and untested political theory: They could win the White House, their strategist promised, if only they called enough people racist.

That was the plan. Hillary Clinton, for one, thought it was brilliant. By Election Day, she had denounced fully half the country as bigots.

In the end, it did not work. Maybe not surprisingly, it turns out that when you tell people you hate them, they don't care for it. What voters strongly prefer, actually, is when you try to improve their lives. It's not complicated. And yet somehow -- and this is the remarkable part, if you think about it -- Democrats have in the three years since they lost, steadfastly refused to learn this lesson. Improve people's lives?  They'll tell you. "No, thanks."

They think their job is to improve people. They think voters are disgusting and immoral. They want to force them to be half as virtuous as they are. For the second election cycle in a row, that is the Democratic message: You're disgusting. Try to be as good as we are.

That message was on florid display Wednesday night at the candidates' debate. Watch as Washington Governor Jay Inslee blames Americans for the coming end of the world.

Gov. Jay Inslee, 2020 presidential candidate: We cannot work it out. We cannot work this out. The time is up. Our house is on fire. We have to stop using coal in 10 years. And we need a president to do it or it won't get done. Get off coal. Save this country and the planet. That's what I am for.

Okay, so let's say carbon emissions really are responsible for global climate change. We don't know that. Science has not proved it. Sorry, it has not.

But just for the sake of argument, let's stipulate that it's true. Carbon causes climate change. China is by far the world's biggest emitter of carbon. So, shouldn't Governor Inslee, who cares very deeply about climate change, turn his wrath on the Chinese? Well, of course. But he didn't, and never will because, for Democrats, everything is always the fault of America's voters.

Watch Senator Kirsten Gillibrand of New York brag about that time she harangued some of the poorest, most desperate people in America about how, actually, they're privileged, too. Privileged, even as they languish in chronic unemployment and drop dead by the hundreds of thousands from a widely ignored drug epidemic. The real problem, Kirsten Gillibrand told them. is their white privilege.

Sen. Kirsten Gillibrand, D-N.Y., 2020 presidential candidate: I don't believe that it's the responsibility of Cory [Booker] and Kamala [Harris] to be the only voice that takes on these issues of institutional racism, systemic racism in our country. I think as a white woman of privilege, who is a U.S. senator running for president of the United States, it is also my responsibility to lift up those voices that aren't being listened to. And I can talk to those white women in the suburbs that voted for Trump and explain to them what white privilege actually is. So my responsibility is to not only lift up those stories but explain to communities across America, like I did in Youngstown, Ohio to a young mother, that this is all of our responsibility.

Yes, they're privileged in Youngstown. That's Youngstown's problem -- just too much privilege.

Not to be outdone, Julian Castro attacked Americans for daring to complain about illegal immigration to their country. \

Open borders, he explained, is just a right-wing talking point. And then a single breath later, Castro called for repealing the law that makes it a crime to enter America illegally.

Democrats think their job is to improve people. They think voters are disgusting and immoral. They want to force them to be half as virtuous as they are. For the second election cycle in a row, that is the Democratic message: You're disgusting. Try to be as good as we are.

Julian Castro, 2020 presidential candidate: Open borders is a right-wing talking point. And frankly, I'm disappointed that some folks including some folks on this stage have taken the bait. The only way that we're going to guarantee that we don't have family separations in this country again, is to repeal Section 1325 of the Immigration and Nationality Act.

Cory Booker, meanwhile, is in the process of transitioning to a brand-new identity. He spent most of the evening trying to sound like a Nation of Islam recruiter rather than the deeply privileged son of two IBM executives, which is what he is.

Sen. Cory Booker, D-N.J, 2020 presidential candidate: There are people right now in prison for life for drug offenses, because you stood up and used that tough on crime, phony rhetoric that got a lot of people elected, but destroy communities like mine.

That's Booker barking at the former Vice President Joe Biden. Poor vice president. The best is, "Communities like mine were destroyed by you, Joe Biden."

Cory Booker is by far the most privileged candidate running for president in either party this year. And that's fine. It's not his fault. It's the relentless lying about it that's so grating.

Can any of these candidates win a general election? At this point, no. They can't. They're not impressive enough. Joe Biden was the party's one real hope. And after last night, it seems pretty clear -- conclusively clear, really -- that Uncle Joe is heading for a well-deserved retirement. 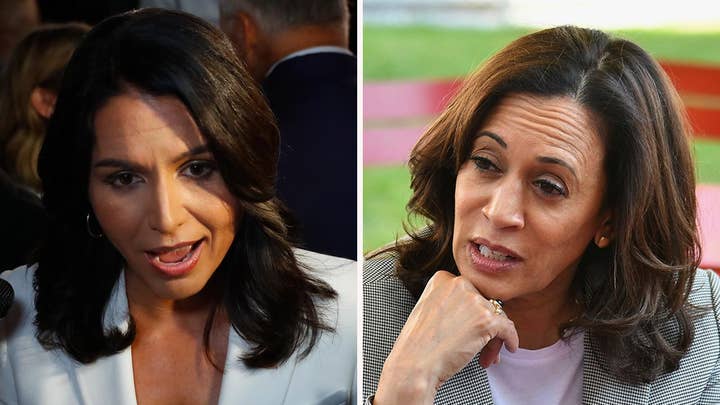 One exchange showed it's time for Biden to forget about making it to the White House. He couldn't even locate his own campaign website -- that "Joe 30330" site doesn't exist. Actually, I think it's been bought by Pete Buttigieg or something.

But it tells you a lot about Joe Biden. Don't be fooled by the current poll numbers. Biden is finished. And if another candidate doesn't step up very soon and start talking like a sane person, so is the Democratic Party -- at least for this cycle.