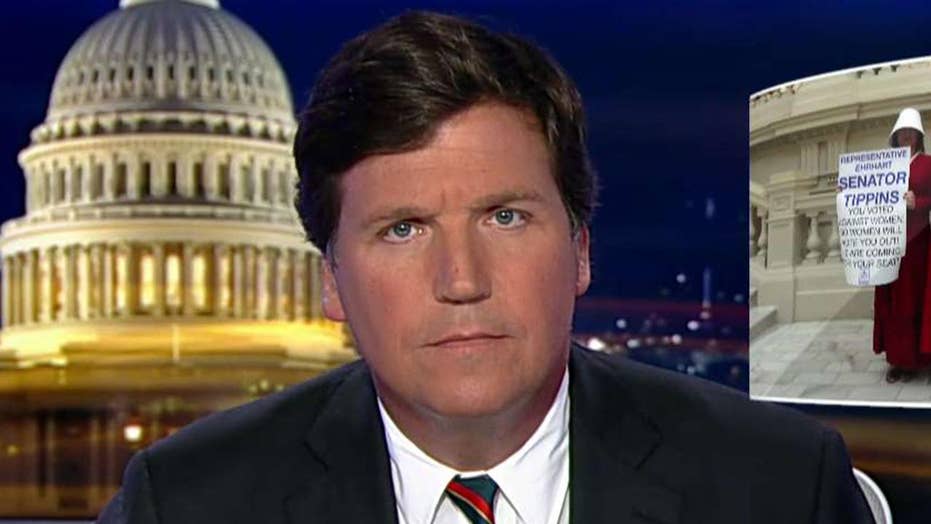 Tucker: Democracy under attack by corporations

A few weeks ago, Georgia lawmakers passed what they called a "heartbeat bill." It bans abortion after the first few weeks of pregnancy when a fetal heartbeat can be detected.

Now you may agree with the law or you may not agree with the law, but you can't call it illegitimate. Voters in Georgia elected lawmakers who represent their values, and that's exactly how democratic systems are designed to work. That's the point.

"Well, I think if it becomes law, it'll be very difficult to produce there," he said of the heartbeat bill recently. "I rather doubt we will. I think many people who work for us will not want to work there and we'll have to heed their wishes in that regard."

"Right now, we're watching it very carefully," Iger continued. "I guess there's some speculation it could be enacted sometime after the first of the year. I think it's also likely to be challenged in the courts and that could delay it. And we're being -- we're being careful and cautious about it. But if it becomes law, I don't see how it's practical for us to continue to shoot there."

Got that? The company that brought you Minnie Mouse and Goofy and the "Pirates of the Caribbean" now demands that you approve of abortion, or they'll punish you.

Netflix is on board with this. That company currently films a number of shows in Georgia. If the state doesn't repeal its abortion law, Netflix says it will pull out.

This is all a remarkable change in American life in a very short period of time. It wasn't that long ago that it was citizens who boycotted companies they disagreed with. Now, it's corporations who boycott citizens.

What happened? It's not hard to figure out what happened. For generations, consumers and voters held the real power in this country, but not anymore. Now corporations are in charge, and they're happy to boss you around on behalf of the activist left. They'll lie about it, of course, and tell you it's all a matter of conscience. Right. As if they had consciences.

Netflix, for example, filmed its show "Marco Polo" in Malaysia. In case you haven't visited Malaysia recently, being gay is a crime there. Most of that country lives under Sharia law. Of course, abortion is also restricted in Malaysia, just as it is in Colombia, where Netflix filmed its show "Narcos." But the company didn't seem bothered by that.

Disney, by the way, just filmed its upcoming live-action "Mulan" film in China, which is safe to say in a police state, where huge parts of the internet are banned, and people are executed for having the wrong opinions. And in some cases, abortion is mandatory.

So, no, Disney and Netflix aren't really worried about anyone's rights, no matter what their flacks claim. Their real concern -- their only concern -- is power. Women with children might be tempted to put the needs of their own families before those who are shareholders. Abortion solves that problem.

The tyranny of "woke" capital is real, and it is terrifying. Just because they're selling you products, doesn't mean it's not a dictatorship.

Family shrinks or disappears entirely. Women are free to devote their lives to the company -- reliable little worker bees. Corporations get to expand their labor pool, lower wages and increase profits, all while delivering pious lectures about how they're giving women opportunities. "We're feminists now!" It's a grotesque scam. But it's remarkably effective.

Somewhere in the late 1990s, corporate America realized this. They learned that if they did the bidding of the left on social issues, they would get a pass on everything else. They could freeze wages. They could destroy the environment. They could strangle free speech. They can eliminate privacy. In general, they could make public life much worse.

All the while, they could get richer than any class of people in human history, and nobody would say anything. So that's exactly what they did, and they're still doing it.

Salesforce is a major tech company that sells software mostly to businesses. On Thursday, Salesforce announced that it won't work with customers who sell semi-automatic firearms or magazines that hold what gun control groups say are too many rounds.

Last year, Citigroup announced it would not allow stores that sell semi-automatic weapons to use their credit card services. That's where we are today. But it's not hard to match what it might be like tomorrow.

What if, for example, America -- corporate America -- decided to punish gun owners in addition to gun sellers? You've got a firearm at home, so you could no longer buy car insurance. Okay, you can't use Facebook. You can't open a checking account. You can't have a credit card. You can't stay in hotels. 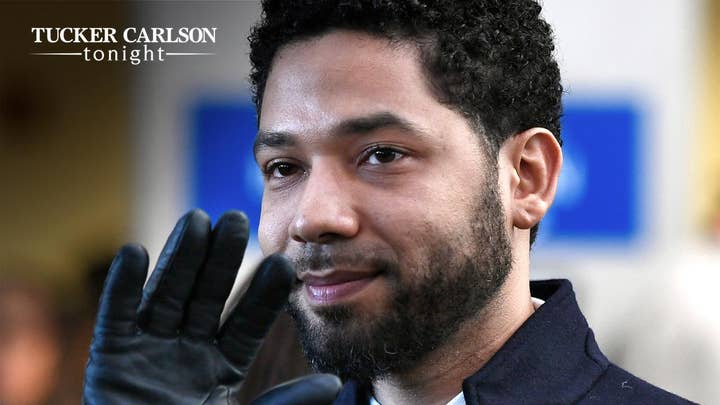 Well, libertarians will tell you that's just fine - just the free market at work. If you don't like it, open your own credit card company. But you'd have to be a moron to believe them. In fact, that would be the end of the Second Amendment. The words would remain in the Bill of Rights, but they would be entirely symbolic. Big companies would have rendered them meaningless.

It's not a right if you can't exercise it. And that's where we're heading. It's not far off. Conservatives have been trained to see government as the only real threat to human freedom. And for much of the last hundred years that may have been true. It's not true anymore.

The tyranny of "woke" capital is real, and it is terrifying. Just because they're selling you products, doesn't mean it's not a dictatorship.