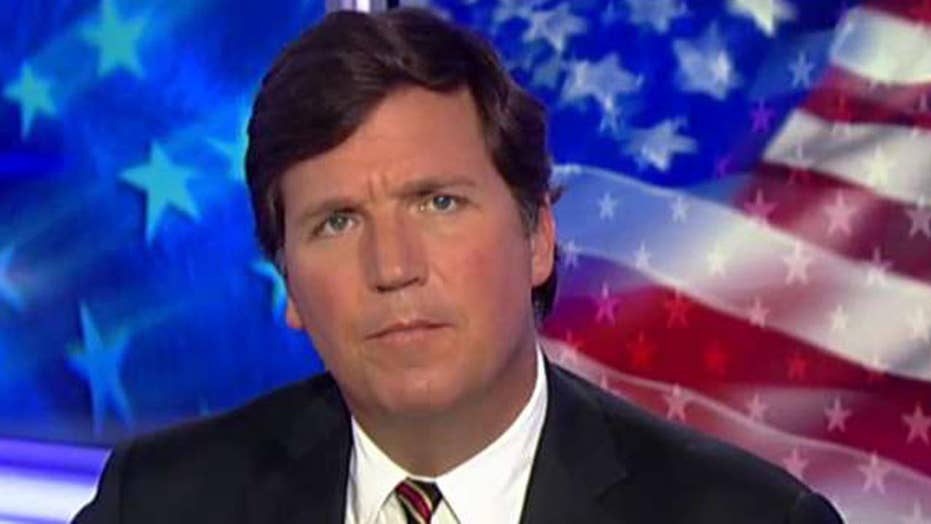 Tucker: The real collusion is between the Democratic Party and the liberal news media

We want to tell you a story about collusion, a real one -- an actual collusion that's currently in progress.

There are no shadowy hackers or imaginary rendezvous in Prague. In this story, there's not a single Russian spy or secret sex tape. There's nothing shadowy about the collusion we're going to tell you about. It takes place right out in the open on live television. This is a story about where your news comes from.

This past Sunday afternoon, we learned that the Trump campaign did not collude with the government of Russia. That was the conclusion of Robert Mueller's investigation, an investigation that spent two years exhaustively looking into the question. This was very good news for America -- we don't have a spy in the White House. But it was apocalyptic for the Democratic Party and their press agents in the news media.

These are the people who would stake their reputations and their fortunes on the collusion hoax --  and they were stunned. Befuddled politicians stammered on television, trying to figure out what to say about the news. Viewers of liberal media outlets didn't want to hear anything about it. Huge numbers of them just quit watching immediately. On Tuesday night, CNN's 8 p.m. show lost nearly 50 percent of its viewers.

For progressive channels, this was a catastrophe. Something had to be done. So into this disaster steps the Speaker of the House, Nancy Pelosi. On Monday, just hours after the collusion story collapsed, Pelosi announced that the Democratic Party would be switching gears. Going forward, Democrats would focus intently on health care, just like she disingenuously claimed they always had.

"We've never taken our focus away," she said. "I hope that it focuses the press on these issues."

"I hope the press focuses healthcare," Pelosi said. She didn't have to ask twice. At CNN, they were paying close attention to every word Pelosi uttered. To Jeff Zucker and the anchors who work for him at CNN, Pelosi isn't just a politician, she's the leader of the party -- their party. The party under whose banner Zucker has said he may someday run for office.

When America's most powerful Democrat speaks, CNN listens with pen in hand. These are marching orders, and the network swung into action immediately. The rundowns of every primetime show were scrapped and rebuilt. Gone were the segments about office towers in Moscow and Carter Page's spying and Don Jr. going to prison. In their place, long editorials about health care. The Democratic health care plan is sensible and necessary, CNN told us. The Republican plan - cruel and heartless.

On Tuesday night, the governor's brother read his party's talking points as if off a cue card. Close your eyes and imagine you're listening to a 30-second attack ad on the radio during campaign season. See if you can tell the difference.

"Our president said today that the GOP will be known as the party of health care, but it seems to me he left out a word," Cuomo said. "Based on his administration's latest move with the ACA, the president will make his party about removing health care. This president and his party have no plan to provide care to tens of millions if the ACA is gone. Why? Why? Why? Welcome to the new normal."

"They're taking your healthcare away." If you're waiting to hear the "Paid for by the Kamala Harris for President committee" line, they left that out. They shouldn't have. The law requires it, but they did anyway.

Don Lemon hosts the next show in CNN's lineup. As a person, Lemon isn't nearly as political as the governor's brother is. He's a local news guy at heart, the former weekend anchor at a station in Birmingham. He's not into policy.

On the other hand, Don Lemon has a very sweet gig, and he knows it. So when Jeff Zucker calls and tells him to talk about health care, he does. And, of course, he did.

"The president says the GOP is going to be the party of health care," Lemon said. "Then why is his Justice Department saying the Affordable Care Act should be struck down? The president has said again and again that he wanted to protect pre-existing conditions. Is this yet another lie from the president?"

CNN is not a news outlet, it's a super PAC. It is running unregulated campaign ads 24 hours a day. Someone ought to call the FEC about it.

"Yet another lie" on health care. At no point did any of the anchors on CNN mention what was so glaringly obvious. In the space of just 24 hours, that channel went from the Russia conspiracy network to an extended advertisement for the Affordable Care Act, as written by Barack Obama. The viewers, those who remained, must have wondered what the hell was going on. Where's my segment about how Don, Jr. is going to prison. I want to hear more about that. But no. On Pelosi's orders, it was "Health Care Week" on CNN.

And they were back at it on Wednesday morning, assiduously. Starting at 6:00 a.m., every single show on CNN's morning lineup and all through the day regurgitated Pelosi's talking points to the word about health care. Republicans will make you sick, only Democrats will make you well. Every single show made that point. If you were stuck in the airport, it was like living in North Korea. A speaker bolted to the wall above your head blaring an endless loop of propaganda you can't turn off. 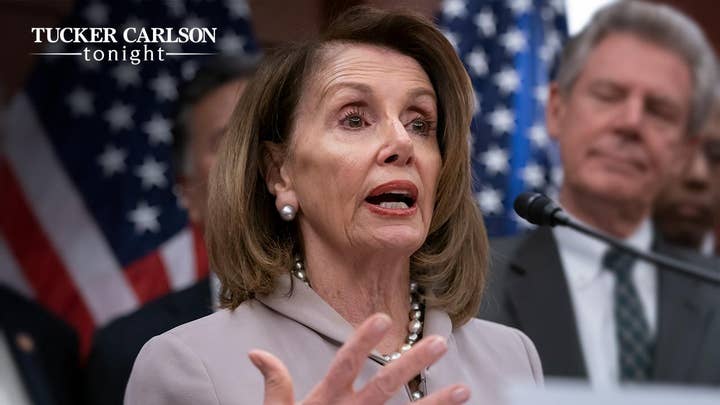 We have no idea what they've been showing over on CNN for the past four hours. We had to turn it off at 4:00 p.m. But if we had to guess, it was health care. Oh, I'm sorry ...  I'm getting word -- I'm sorry, we have a news alert now. According to our producers, who are monitoring the situation, both CNN and MSNBC are talking about --that's right -- health care. Right now. Health care. Pelosi's orders.

What does that tell you? It tells you where your news comes from. Democratic officials pick the topic and the storyline. Their servants in cable news dutifully repeat it to the word, all day long.

CNN is not a news outlet, it's a super PAC. It is running unregulated campaign ads 24 hours a day. Someone ought to call the FEC about it.