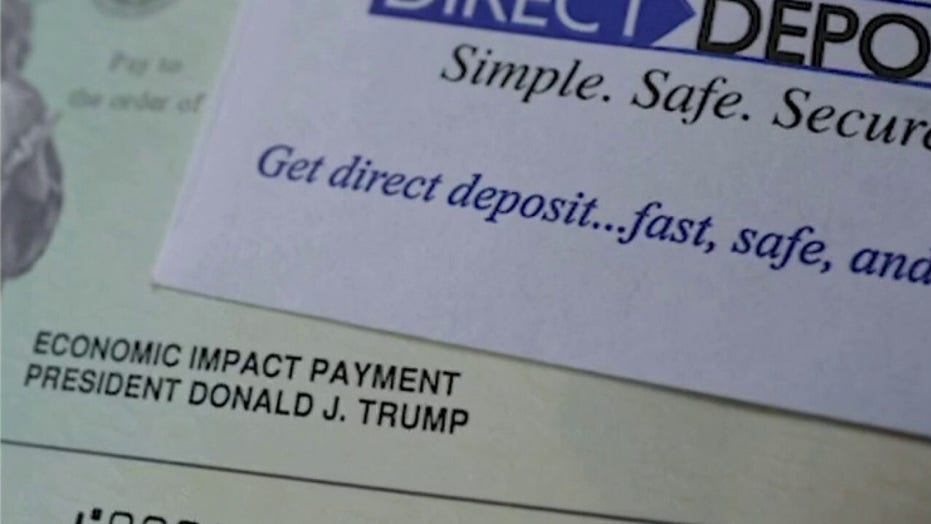 When Donald Trump talks about putting America First, he’s talking about making it easier for ordinary Americans to find a good job, receive a big raise or start a small business so they can provide a better life for themselves and their families.

There’s perhaps no better example of putting America First than the common-sense approach his administration has taken toward deregulation.

It's good to keep in mind that the promise of deregulation is in great part what caused the National Federation of Independent Businesses’ Small Business Optimism Index to surge following President Trump’s election and in the wake of the Obama era’s regulatory tsunami.

TRUMP CAMPAIGN MOCKS BIDEN FOR VOWING ‘SHOVEL READY’ JOBS: ‘WHERE HAVE WE HEARD THIS BEFORE?’

That optimism helped create the strongest labor market in modern history prior to the virus hitting our shores and it can do so again if we stay on that deregulatory path.

As the President expressed in his recent policy speech from the South Lawn of the White House, cutting unnecessary red tape is a key part of his Made in the USA mission to protect American workers, entrepreneurs and innovators. “We believe in the dignity of the individual and not the iron grip of the state,” the president stated, vowing to reduce the burden of government on American workers and businesses.

Amy Johnson, a nurse practitioner, spoke at the South lawn event about how deregulation and modernization of the federal healthcare bureaucracy had aided healthcare providers in rural areas who are now able to use telehealth to dramatically expand the range of services available to patients.

Similarly, Arizona rancher Jim Chilton spoke of a much-needed reprieve from the Obama-Biden administration’s notorious Waters of the United States rule, which allowed federal bureaucrats to regulate private land with almost no restrictions. In Chilton’s case, the government decreed that the “dry washes” on his property constituted “waters of the United States” because, despite having no water, they have at least 12 inches of sand at the bottom.

During his first year in office, the president delivered on his campaign pledge to reduce the tax burden on ordinary Americans, signing into law historic tax cuts. But, because tax cuts get all the fanfare, not everyone is aware that deregulation is actually just as — if not more — significant.

For example, the Competitive Enterprise Institute, a libertarian think tank, estimates that government regulation is a “$1.9 trillion ‘hidden tax’”  which “is greater than the corporate and personal income taxes combined.”

While the Tax Cuts and Jobs Act reduced the average family’s annual federal income tax burden by almost $3,000, the White House projects that its deregulatory efforts will increase annual household income by about $3,100.

This is consistent with a December of 2019 report from the White House Council of Economic Advisors which found that “real disposable personal income per household has risen by about $6,000” since the beginning of 2018.

For American workers, these are real dollars.

To put all this deregulation in perspective, during the Obama/Biden administration’s eight years in office the Federal Registry of Regulations grew to a historic 100,000 pages. By the end of 2019, that page total had dropped to just under 73,000, an over 25 percent reduction in just 3 years.

In October 2019, the White House announced that deregulation had already cut regulatory costs by nearly $50 billion, and the administration is currently on track to match that total in 2020 alone. Future totals should be even more impressive, with projected savings soaring to $220 billion once several major actions are fully implemented.

Because these deregulatory efforts lower the costs of producing products, and therefore the prices businesses need to charge to remain profitable, they will further benefit businesses and consumers.

And there is still more progress on the horizon. The administration’s newly-formed Governors’ Initiative on Regulatory Innovation, for instance, is designed to extend this historic regulatory reform to the state and local levels, aiming to further “cut regulatory costs, advance occupational licensing reform and better align State and Federal regulations.”

By continuing to advance regulatory reform at all levels of government, the Trump administration is creating new and rewarding economic opportunities for individuals and families across the country while also providing a crucial boost to American industry, helping us to remain competitive on the world stage.

Rising incomes, better jobs, more profitable businesses, and unchecked innovation — these are the goals President Trump has in mind when he talks about putting America First.