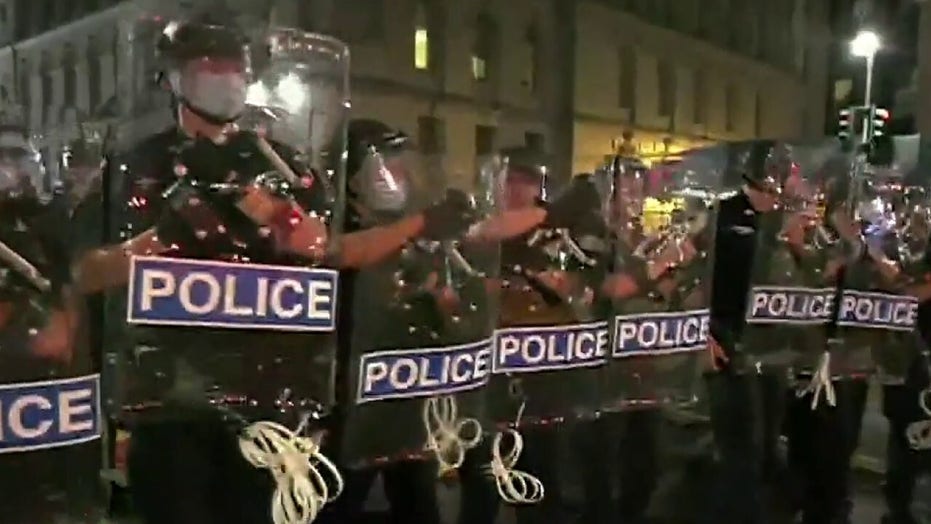 The NYPD says occupiers were given 10 minutes to clear out before police moved in in riot gear; Aishah Hasnie reports.

In the 1960s and early ’70s, the U.S. was convulsed by massive protests calling for radical changes in the country’s attitudes on race, class, gender and sexual orientation. The Vietnam War and widespread college deferments were likely the fuel that ignited prior peaceful civil disobedience.

Sometimes the demonstrations became violent, as with the Watts riots of 1965 and the protests at the 1968 Democratic convention in Chicago. Terrorists from the Weathermen (later called the Weather Underground) bombed dozens of government buildings.

The enemies of the ’60s counterculture were the “establishment” — politicians, corporations, the military and the “square” generation” in general. Leftists targeted their parents, who had grown up in the Great Depression. That generation had won World War II and returned to create a booming postwar economy. After growing up with economic and military hardship, they sought a return to comfortable conformity in the 1950s.

A half-century after the earlier revolution, today’s cultural revolution is vastly different — and far more dangerous.

Government and debt have grown. Social activism is already institutionalized in hundreds of newer federal programs. The “Great Society” inaugurated a multitrillion-dollar investment in the welfare state. Divorce rates soared. The nuclear family waned. Immigration, both legal and illegal, skyrocketed.

Thus, America is far less resilient, and a far more divided, indebted and vulnerable target than it was in 1965. 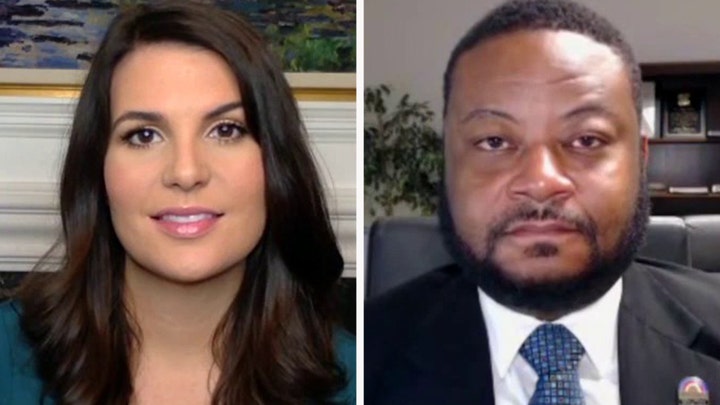 Today, radicals are not protesting against 1950s conservatism but rather against the radicals of the 1960s, who as old liberals now hold power. Now, many of the current enforcers — blue-state governors, mayors and police chiefs — are from the left. Unlike Democratic Chicago Mayor Richard J. Daley in the ’60s, today’s progressive civic leaders often sympathize with the protesters.

The ’60s protests were for racial assimilation and integration to reify Martin Luther King Jr.’s agenda of making race incidental, not essential, to the American mindset. Not so with today’s cultural revolution. It seeks to ensure that racial difference is the foundation of American life, dividing the country between supposed non-white victims and purported white victimizers, past and present.

In the ’60s, radicals rebelled against their teachers and professors, who were often highly competent and the products of fact-based and inductive education. Not so in 2020. Today’s radicals were taught not by traditionalists but by less-educated older radicals.

Another chief difference is debt. Most public education in the 1960s was bare-bones and relatively inexpensive. Because there were no plush dorms, latte bars, rock-climbing walls, diversity coordinators and provosts of inclusion, college tuition in real dollars was far cheaper.

The result was that 1960s student radicals graduated without much debt and for all their hipness could enter a booming economy with marketable skills. Today’s angry graduates owe a collective $1.6 trillion in student loan debt — much of it borrowed for mediocre, therapeutic and politicized training that does not impress employers.

College debt impedes maturity, marriage, child-raising, home ownership and the saving of money.  In other words, today’s radical is far more desperate and angry that his college gambit never paid off.

Today’s divide is also geographical in the fashion of 1861, not just generational as in the 1960s. The two blue coasts seem to despise the vast red interior, and vice versa.

Yet the scariest trait of the current revolution is that many of its sympathizers haven’t changed much since the 1960s. They may be rich, powerful, influential and older, but they are just as reckless and see the current chaos as the final victory in their own long march from the ’60s.

Corporations are no longer seen as evil, but as woke contributors to the revolution. The military is no longer smeared as warmongering, but praised as a government employment service where race, class and gender agendas can be green-lighted without messy legislative debate. Unlike the 1960s, there are essentially no conservatives in Hollywood, on campuses or in government bureaucracies.

So the war no longer pits radicals against conservatives, but often socialists and anarchists against both liberals and conservatives.

In the ’60s, a huge “silent majority” finally had enough, elected Richard Nixon and slowed down the revolution by jailing its criminals, absorbing and moderating it. Today, if there is a silent mass of traditionalists and conservatives, they remain in hiding.

If they stay quiet in their veritable mental monasteries and deplore the violence in silence, the revolution will steamroll on. But as in the past, if they finally snap, decide enough is enough and reclaim their country, then even this cultural revolution will sputter out, too.