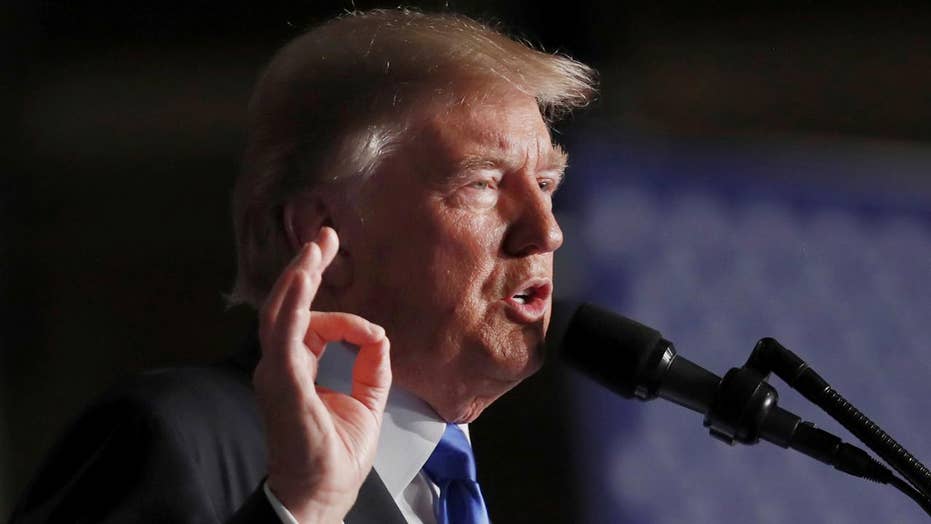 Trump ramps up pressure on Pakistan in Afghanistan speech

President Trump did two bold things in his Afghanistan speech Monday night. One was somewhat wishful thinking and the other was quite smart if he follows through.

Trump vowed the U.S. will "fight to win" in Afghanistan, reversing what his own advisers have admitted has been a losing battle.  Though he didn’t specify a number, U.S. personnel in Afghanistan are likely to get a 50 percent increase to about 12,000 men and women.

Ralph Peters, a Fox News military analyst, says that even with more freedom to engage the enemy it’s unlikely they will be able to beat the Taliban when a combined U.S. and allied force of 140,000 troops couldn’t do it over the course of several years.

But the president did make a real break with the past in calling out Pakistan for its double game in the region. Publicly, Pakistan is our staunch ally against terrorism and has taken billions in U.S. aid to that in. Privately, elements of the Pakistani military, intelligence, and political elites have sheltered and even supported Taliban leaders and forces operating out of Pakistan’s border regions.

“We can no longer be silent about Pakistan’s safe havens for terrorist organizations, the Taliban, and other groups that pose a threat to the region and beyond,” Trump said. “We have been paying Pakistan billions and billions of dollars at the same time they are housing the terrorists that we are fighting. But that will have to change, and that will change immediately,” Trump vowed.

Trump has already backed up his words at least once in his administration. For months, Defense Secretary James Mattis has withheld $50 million in aid from Pakistan over its insufficient cooperation against fighting local terrorists.

Bill Roggio, a senior fellow at the Foundation for Defense of Democracies, says if Trump’s rhetoric is backed up by more aid cuts and sanctions, the Pakistanis “will be shuddering in fear.” He says the Pakistanis may finally agree to expand the U.S. drone campaign so it can target known Taliban leaders operating inside Pakistan.

“For too long, the Taliban’s leaders have been able to direct the insurgency in Afghanistan from their cozy confines in Pakistan,” Roggio wrote on Monday in this week’s Weekly Standard.

I have two nephews, Matthew and Michael, who served with the U.S. Marines in Afghanistan and completely agree with Trump’s approach. “Everyone knew we were fighting with one hand behind our back because of the Talkban sanctuaries in Pakistan,” Michael told me.

Indeed, to his credit President Trump listed to other enlisted veterans of the Afghan conflict before making his speech. The New York Times reported that the president had lunch last month at the White House with four soldiers who had served in the area. They told him much the same thing my nephews told me and the Times reported they left the president “sober about the prospects for turning around a war that has dragged on for nearly 16 years.”

An improvement in Pakistan’s attitude on the War on Terror is long overdue.

When the U.S. toppled the Taliban regime and destroyed Al Qaeda’s headquarters in Afghanistan in 2001, the remnants of both structures relocated to northwestern Pakistan.

Usama bin Laden hid out in Pakistan for a decade until the U.S. killed him in a raid they didn’t reveal to Pakistan authorities until it happened.

Dr. Shakil Afridi, a Pakistan physician who helped lead the U.S. to Usama and was hailed  as a hero by the Pentagon, was arrested by Pakistani on trumped-up charges he belonged to a militant Islamist group.

Those charges were eventually thrown out, but just this year Pakistan’s law minister announced the doctor won’t be released or handed over to the U.S. but will instead languish in jail as he awaits trial on dubious charges that he killed a patient eight years ago.

For 16 years, the United States has tried to seduce, wheedle and beg Pakistan to be a full partner in the War on Terror. Nothing has worked.

But on Monday night, Trump finally played the India card -- vowing to pursue much greater cooperation with India on economic and strategic matters.

Pakistan’s leaders have viewed India as the single greatest threat ot their nation ever since the two countries were brutally carved out of British India at the time of Indian independence in 1947.

If Trump is serious about playing the aid curtailment and India cards, he may finally see an improved level of cooperation against terror that neither the Bush nor Obama administrations were able to get.

That alone could redeem the limited vision of Trump’s policy in Afghanistan and make it a success.

It’s time for some decisive action.

In less than two years, U.S. soldiers will be deployed to Afghanistan who weren’t not even born yet when the conflict began back in 2001.