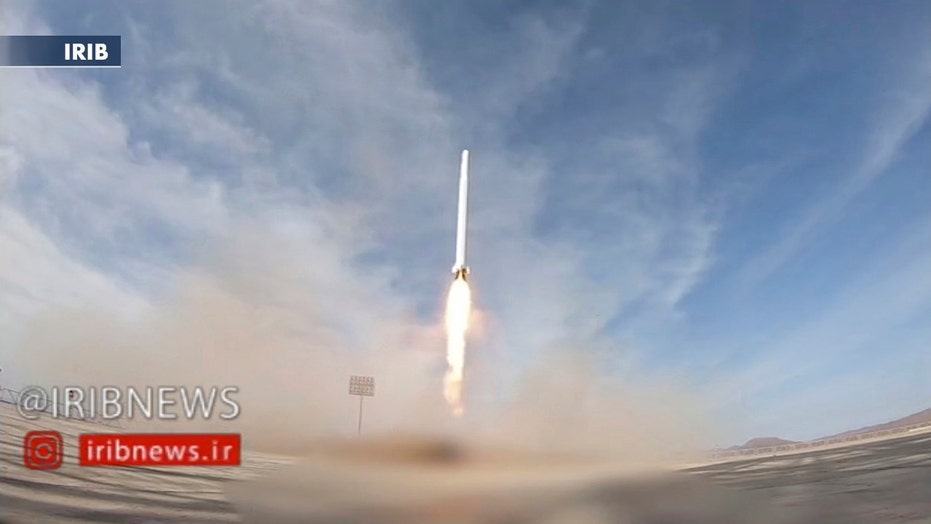 Get ready. This could be a bad year with Iran. All indications show Iran is gearing up for more mischief, as Iran tries to scare the world into easing up on the U.S.-led maximum pressure sanctions. Based on its latest behavior, Iran has grown more willing to risk inflicting casualties in the process.

On Wednesday, President Trump issued his strongest statement yet on Iran.

“I have instructed the United States Navy to shoot down and destroy any and all Iranian gunboats if they harass our ships at sea,” Trump tweeted.

Last week, on April 15, 11 Iran fast boats harassed six U.S. Navy and Coast Guard vessels for over an hour, cutting across the bow of ships like the USS Paul Hamilton, a guided missile destroyer.

If the Iranian navy shows hostile intent to a U.S. skipper, watch out. “They’ll shoot them out of the water,” Trump said at the White House Wednesday.

“We will come and we will come large,” warned Air Force Gen. John Hyten, vice chairman of the Joint Chiefs of Staff, at the Pentagon Wednesday.

Iran’s space launch was bad. Hyten said the U.S. knew exactly what the Iranian rocket did but refused to give classified details. “This is just another example of Iranian malign behavior,” Hyten said.

What’s going on with Iran?

The big picture is that Iran’s new IRGC Quds Force commander, Esmail Qaani, wants to prove he’s a tough guy and ready to lash out at U.S. forces and allies around the Persian Gulf region.  Qaani vowed to avenge the death of his predecessor Qasem Soleimani “in a manly way,” Al Jazeera reported Jan. 20.

Qaani has already started. In March, two Americans and one British soldier died at Camp Taji in Iraq after a strike by a Shi’a militia group backed by Iran. Twelve other soldiers were injured.  Iran arms, trains and funds somewhere between 75,000 and 145,000 fighters in 35 or more Shi’a militia groups operating in Iraq.

Take a look at Iran’s evolving tactics. In 2019, Iran seized oil tankers, shot down a drone and bombed Saudi oilfields. Then they ramped up militia attacks on U.S. forces in Iraq, besieged the U.S. Embassy in Baghdad and launched big missiles at Al-Asad Airbase in Iraq with intent to kill Americans. An IRGC air defense battery thought it was shooting at an American plane but ended up killing 176 on a Ukrainian airliner.

Iran’s pattern of escalation has crossed the line from harassment to evident willingness to inflict casualties.

What’s the next move for the U.S.? The White House remains ready to talk to Iran’s President Hassan Rouhani anywhere, anytime without preconditions.

But right now, it looks like Iran’s regime wants confrontation. Sadly, Iran’s coronavirus crisis could make the regime’s leaders more eager to strike out at the U.S. to stoke revolutionary fervor, keeping the ayatollah’s regime in power.

Sadly, Iran’s coronavirus crisis could make the regime’s leaders more eager to strike out at the U.S. to stoke revolutionary fervor, keeping the ayatollah’s regime in power.

For the U.S., first comes self-defense and force protection.  “You can’t let a fast boat get into a position to threaten your ship,” Hyten explained on Wednesday.

The IRGC small boats carry machine guns and rocket-propelled grenades and other light armaments that are no match for the U.S. Navy. However, there is another danger.

An Al-Qaeda suicide attack with a small boat in the harbor in Yemen blasted a hole in the side of the destroyer USS Cole years ago, killing 17 crew and nearly sinking the ship. Ship captains and crews are well aware of what happened to the Cole as they watch Iran taunt them.

On space launch, the U.S. Space Force’s 18th Space Control Squadron said Iran’s “Noor” satellite made it into orbit.  A military satellite link is pretty useful for the IRGC, as long as the satellite is in the correct orbit and stable. In theory, new satellite communications could help them coordinate small boat attacks and other terror operations.

The big question is about the rocket booster. Iran’s had several failures with their bigger Simorgh two-stage rocket. If Tuesday’s launch was a successful Simorgh launch, then Iran has moved closer to a longer-range ballistic missile.

“The Simorgh could serve as a test-bed for developing intercontinental ballistic missile (ICBM) technologies,” according to the Defense Intelligence Agency. The Pentagon has not said if this was the Simorgh rocket or not. The IRGC may have shifted back to its older Safir rockets, which placed satellites in orbit as far back as 2009. However, Iran’s fast pace of space launch testing shows its commitment to space capabilities and to proving out an ICBM.

Either way, State Department spokesman Morgan Ortagus pointed out that Iran’s launch violated U.N. Resolution 2231, which is the “no nuclear missiles” resolution.

As for the 2015 U.N. nuclear deal with Iran, it’s kaput. Iran’s blown through everything it agreed to. Starting in July 2019, Iran increased uranium enrichment from the nuclear deal limit of 3.67 percent to 5 percent. Iran is also running new centrifuges, storing too much heavy water and conducting prohibited new research. And that’s all from Iran’s own statements.

“What the president said sends a great message to Iran. That’s perfect,” Hyten summed up.