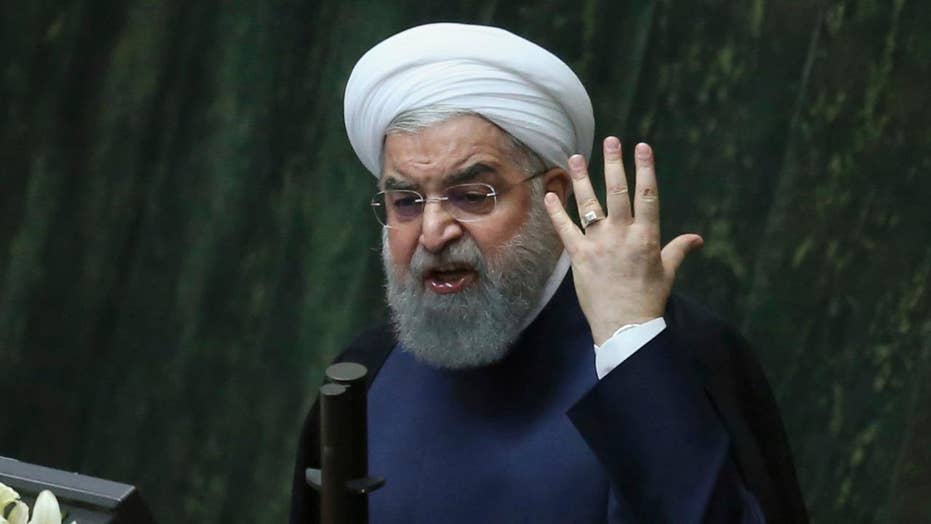 ERBIL, Iraq – This September 25, Iraqi Kurdistan will hold its long promised referendum on independence from Baghdad. This move is controversial everywhere except in Kurdistan; yet it presents a defining opportunity for U.S. interests.

President Trump should ratify Iraqi Kurdistan’s overwhelming desire for independence – a long overdue step toward healing the historical injustice of Sykes Picot and also an opportunity to bring his Safe Zone policy to Iraq to reverse the ISIS genocide of Christians, Yezidis, and Turkomen, many of whom have taken refuge inside Iraqi Kurdistan. Moreover, those two steps would create a buffer against ongoing Iranian efforts to build a land bridge to the Mediterranean.

The Arab world still resents the arrogance of Sykes Picot, the Western powers’ century old revision of the map of the Middle East, drawn not along natural lines of ethnic, religious, or linguistic communities but rather to divide them in ways to allow the West to control resource extraction. But even more than the Arabs, the Kurds have reason to chafe under the violence of Sykes Picot. Moderate-majority Sunni Muslims, Kurds are the largest ethnic group on the planet without their own country. They live as a majority in one contiguous geographic area yet are divided by the map into Turkey, Iraq, Syria, and Iran, and so have been oppressed as an ethnic minority.

When ISIS conquered large swaths of the region in 2014, many of the displaced, especially Christians and Yezidis fleeing genocide, took refuge in Iraqi Kurdistan, the most U.S.-friendly area of Iraq. While the U.S. and EU have officially declared this to be a genocide, we have yet to do anything to fulfill our treaty obligations to redress it.

As a Peshmerga general asked me last year at his command post on on the front with ISIS, “Don’t you Americans know that Iran is even more dangerous than ISIS?”

Genocide is not merely about theft, rape, and murder: It is a scheme to eradicate a people from a place. In that sense, genocide can and should be reversed.

President Trump’s proposed Safe Zone in Syria is not merely realpolitik but is the preferred policy of those I’ve spoken to in the camps – they want to go home.  That Safe Zone should include those areas of Northern Iraq adjacent to Syria that are home to the victims of the ISIS genocide. Those areas also border Iraqi Kurdistan, which has offered refuge to so many displaced by ISIS.

President Trump, who carried Michigan by fewer than 12,000 votes, owes his margin of victory there to the hundreds of thousands of Iraqi Christians around Detroit who supported him overwhelmingly. It is time to deliver his promise to make it possible for their relatives to return home.

Safe Zones only work when security fosters productivity. In addition to external security, internal security and the rule of law (including the administration of property rights) are absolutely necessary to achieve lasting peace and allow people to return to the productive employment required to restore their sense of dignity.

The United States should enlist a coalition including Kurdistan, Iraq, and NATO allies to secure the borders of the zone, but insist that internal security forces and judicial administration be entirely indigenous, under international training and observation. In other words, both the Shia militias Baghdad has sent to the North at Iran’s instigation (who are already moving Shia into formerly Christian areas) and the Kurdish Peshmerga forces who today compete with them for control of these areas, must leave the zone. This is a deal the Kurds are willing to make, and President Trump must be willing to bring Baghdad to the table by holding hostage the prospect of any continued U.S. aid. A united Iraq is a failed experiment, and our aid only goes to prop up a government dominated by Tehran.  As a Peshmerga general asked me last year at his command post on on the front with ISIS, “Don’t you Americans know that Iran is even more dangerous than ISIS?”

While Baghdad has become enthralled to Tehran, Tehran is expanding its military footprint, sending Shia militias into Iraq and propping up Hezbollah in Syria and Lebanon. Iran’s long term strategy to pave a road to the Mediterranean is plodding along without raising much alarm in the very West that strategy is designed to threaten. It is time we do something about it. We might start by helping our only friends in the neighborhood: The Kurds, Christians, and Yezidis.

As the Kurdistan Regional Government’s Minister of Foreign Relations, Falah Mustafa Bakir, told me this week, “Kurds yearn for a long term strategic partnership with the United States. We share the same values and principles, and deserve the support of the US.” Let’s make a deal with the Kurds to protect our other friends in the region and unite them against Iranian encroachment.  All they want is the same independence that made America great.

Dr. Hollingshead is an entrepreneur and economic development advisor who directs IraqHaven.org. Follow him on Twitter @PolicyDr.