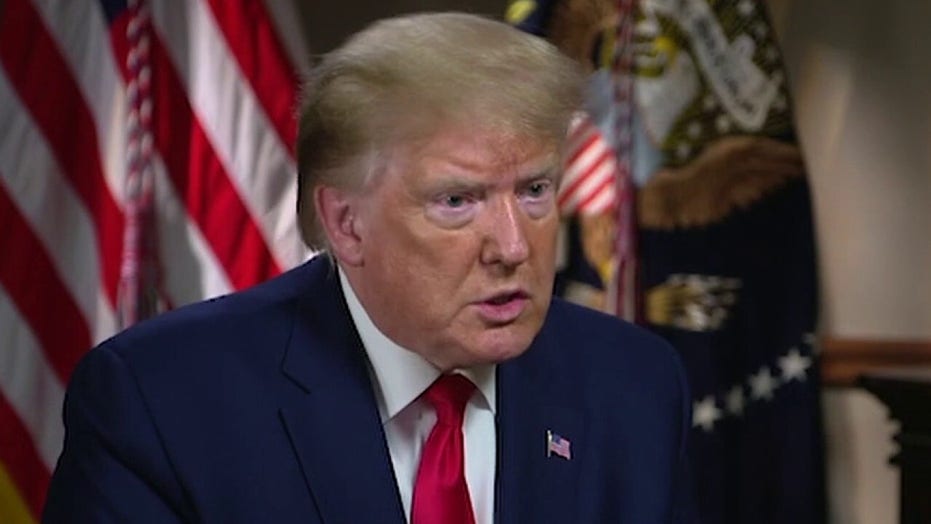 I celebrated last New Year’s Eve in Ghana, Africa. I’d grown up poor with a mom addicted to drugs but started this decade far from the South Side of Chicago and amongst some of the most “elite” black people in the world.

With me was one of my best friends, Nate, an executive for one of the largest technology companies in the world and a former Obama administration attorney; his brother-in-law, a neurosurgeon who graduated from Harvard; a billionaire whose house party we all attended to ring in 2020; and many Hollywood celebrities, including Boris Kodjoe and Nicole Ari Parker.

This was to be the start of the best year of our lives.

FORMER REP. ALLEN WEST: JULY 4TH HAS SPECIAL MEANING FOR ME AS A BLACK MAN WHO OVERCAME DISCRIMINATION

Back home in the U.S., African-Americans were experiencing the best economy we have ever seen: Unemployment for our racial group was the lowest in recorded history, black wages were rapidly increasing for the first time in decades, and people who’d been out of work long-term were being hired and suddenly able to take their families on vacations for the first time in years.

President Trump’s policies made it possible.

Tax cuts and rocketing GDP growth meant companies were feeling financially stable for the first time in a decade and public confidence in our economy had never been higher. Trump’s reelection was on cruise control. Even Democrats were willing to admit that the chances of Trump losing were slim.

No one could have predicted what would happen next.

Since COVID-19, almost every economic benefit of the Trump presidency has evaporated. Unemployment has surged again – reaching numbers closer to the end of the Great Depression – and has impacted, as it has in every U.S. downturn, African-Americans the most.

All this is coupled with the issues of race that still plagues our country and the media’s incessant narratives of Trump “being racist.” In some cases, these wounds have been self-inflicted, as with Trump’s recent retweeting of a white-supremacist video that used racist language, which the president later claimed he hadn’t heard.

The black vote will be the swing vote this year. And right now, it’s looking like it’s Joe Biden’s for the taking. This is despite Biden’s history, which is riddled with policies that have historically and devastatingly disenfranchised African-Americans.

For example, the 1994 crime law, which Biden helped author when he was a senator, incentivized local police departments to lock up as many black people as possible, creating mass incarceration of African Americans, along with more prison cells and more aggressive policing.

In addition, Biden was responsible for a provision in the 1986 crack law that came to be viewed as one of the most racially slanted sentencing policies on record: a rule that treated crack cocaine as significantly worse than powder cocaine and ended up disproportionately punishing African- Americans and sending them to prison, but sparing white Americans who typically used cocaine.

We also must not forget the racially charged language Biden has used numerous times, including the notion that if you don’t vote for him “you ain’t black.” But politicians on both sides of the aisle have used offensive language, and what counts more, in my view, are deeds rather than words.

I personally do not agree with everything President Trump says or does, and I often find myself on national TV as a conservative pundit saying exactly that. But I would be lying if I didn’t tell you that Trump has been one of the most impactful presidents for African-Americans from a policy perspective – and that’s what matters.

He supported the First Step Act, which released thousands of people from prison (90 percent of whom were black). He has promoted “opportunity zones” that incentivized private investment into marginalized communities, and also increased federal funding to historically black colleges and universities by 17 percent – a total exceeding $100 million, more than any president in history.

As I mention in my book, “Taken For Granted,” during the 2016 election Trump did something few Republicans had the courage to do – he targeted the black vote and spoke directly to African-American issues.

He was not afraid of saying the “wrong thing” (and, yes, he sometimes did) while achieving the ultimate goal of creating real dialogue and opportunity in communities largely ignored by both parties. In return, he received only 8 percent of the black vote generally, and 12 percent of black men.

But after three years in office, having delivered on so many issues for black voters, Trump’s support among black men had risen to 24 percent, according to one February poll.

Although the polls now look bad for Trump, I often remind people that polls don’t vote, and we are still four months from Election Day. At the same time, Trump cannot afford to sit on the sidelines or be complacent about the black vote.

President Trump and Republicans have delivered for the black community on tangible policies that have had a positive impact – something the Democrats never achieved.

Trump needs to remind African-Americans about what he has accomplished and contrast it with Biden’s record of failure, mass incarceration and racially charged language. I often say black lives don’t matter to Democrats, black votes matter to them. And that party’s lack of targeted policies benefiting African-Americans proves just how much they take their votes for granted.

THIS OP-ED WAS FIRST PUBLISHED IN THE NEW YORK POST