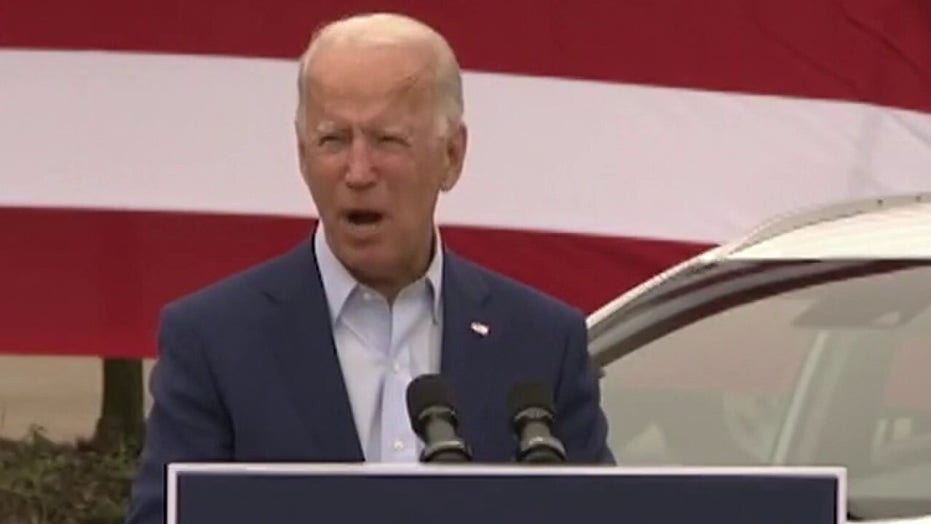 As Election Day nears, Joe Biden has been holding a steady lead over President Trump. The recent Monmouth University poll shows the former vice president up 9%.

Polls provide much insight into the state of the race and where things are headed. Maybe most importantly, they suggest who is defecting from the Trump camp and leaning Democratic in 2020.

After 2016, many voters believe polls can’t be trusted. National polls showed Hillary Clinton ahead, yet she lost. Republicans insist that like 2016, millions of Americans are pro-Trump but won’t admit it. The polling experts tell a different story.

KARL ROVE: WHY BIDEN HAS EDGE OVER TRUMP AS NOVEMBER ELECTION APPROACHES

First, national polls reflect more of the popular vote, which Clinton did in fact win. And those who in 2016 voted for Trump but didn’t want to admit it comprised a large percentage of the “undecided” voter group – a group we aren’t seeing in the same numbers this time around.

But it is state polls that strategists like myself watch, because they reflect the potential electoral college gains for a presidential candidate, especially in the battleground states.

What do the polls in those states tell us? First, that our nation is very divided. The race is nearly 50/50. Second, it’s going to be a very close race, similar to 2016. November 2020 will not be a landslide for either candidate.

Using the polling from Real Clear Politics, which provides an average of most of the polls out there, this is how the battleground states look:

In polling, 3% or less is within the margin of error. So in Florida, for example, these numbers show a virtual tie. And in Texas, where a Republican should be leading by much larger numbers in such a red state, the advantage the president has there is just outside that 3% margin.

Polling also shows us that Biden is chipping away at Trump’s base.

In a New York Times/Siena College poll, of those that voted for Trump in 2016, 86% will still vote for the president but 6% say no chance they’ll vote for him in November. Why? The top 3 reasons were:

Who in these polls is leaning toward Biden and defecting from Trump?

In 2016, it was the white working class that helped Trump win by 48 points with men and 27 points with women. But looking at what happened in the midterms, the margin of support dropped by 13% among the working class for Republicans.

A Pew Research Center survey this summer suggested that those under 40 in this group – the “young” working-class voter – are breaking ranks at an even higher percentage. They don’t plan to vote as their parents did, they question Trump’s competence to handle the major issues our nation faces, and they truly have formed a negative assessment of his character.

Women have been moving away from Trump and the Republican party for some time. A Pew Research Center study found that the number of women who identify with the Democratic Party rose from 54% in 2016 to 56% a year later and that number keeps growing.

Dan Cox, a research director at the Public Religion Research Institute, said young, millennial women do not believe Trump supports them on the issues they care about.

How do women feel about Biden? They now favor him by 23%, and white women, who had backed Trump over Clinton in 2016, are also starting to abandon the president.

It’s not just Democrats like me who are saying this. Sarah Longwell, a GOP strategist said: “There was a gender gap when it came to Hillary Clinton, but now there is a gender chasm.”

The COVID-19 pandemic could help hand Biden a win with this key voting group that had backed Trump. America’s seniors are the group most affected by the deadly coronavirus and certainly most affected with fatalities. The Democrats and the Biden campaign know this group is possible to win, which is why they’re running ads in Florida, Arizona and Michigan – all three are battleground states Trump won in 2016.

The bottom line: it’s a very close race and if Democrats want to win they need to learn from Hillary Clinton’s mistakes.

They need to explain to the female voter how the Democratic Party addresses the issues that matter most to them, especially in light of the Trump campaign’s attempts to woo the white suburban female voter back to the GOP with threats of their cities being burned to the ground by, as they put it, “radical left” anarchists.

They also need to continue their outreach to seniors and pay special attention to – not forget or ignore as Hillary did – white, working-class blue-collar workers, especially those under 40.

It won’t be easy, but if Democrats can provide an alternative to these three groups, they might be able to send Trump packing in November.