We are proud of the work we did to help them on the First Step Act and believe Congress should immediately take more steps to continue to reform overly harsh federal prison sentences and build on President Trump's record.

Since the signing of the First Step Act, the conservative movement has become a leader in criminal justice reform. What could be more conservative than fixing the features in our justice system that promote unequal punishment, inhibit work, waste taxpayer money and law enforcement resources?

Voters, Republicans, Democrats, and independents alike, also believe in criminal justice reform and want these issues to be fixed.

A survey conducted in July by Public Opinion Strategies showed that 67 percent of Iowa voters, for example, believe that too many low-level drug offenders are in prisons. The poll also reflected support for eliminating mandatory minimum prison sentences and having government resources focus more on treating those with addictions instead of prosecuting them. 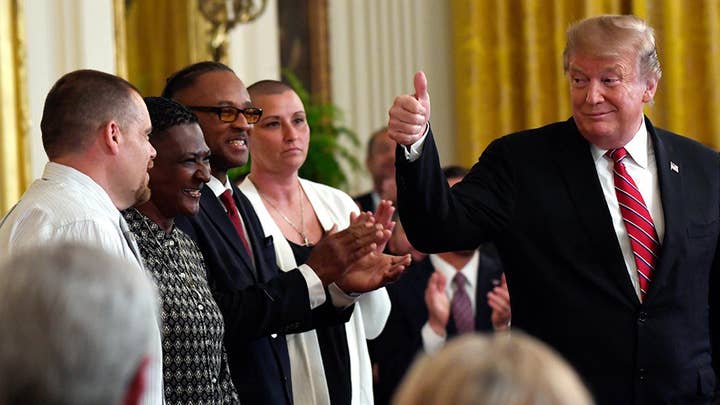 We saw we can accomplish real reform to our justice system with the First Step Act, and this bill will take the second step. There are still many outdated and ineffective sentencing laws that fuel mass incarceration and make the public less safe. Among other advancements, this bill will allow courts to apply the First Step Act`s sentencing reform provisions retroactively, amending these sentencing laws and making our justice system more just.

The same survey in Iowa also reflected widespread support for punishing crack and powder cocaine offenses equally. There is currently a high-profiled bill that just passed the House with an overwhelming 361-66 bipartisan vote that would do just that.

The EQUAL Act was introduced by Sens. Thom Tillis (R-NC) and Rob Portman (R-OH), Reps. Kelly Armstrong (R-ND) and Don Bacon (R-NE) and has more than 50 bipartisan co-sponsors and would eliminate the sentencing disparity between crack and powder cocaine. Under current law, offenses related to crack cocaine are treated 18 times more harshly than those for powder cocaine even though the true drugs are scientifically the same. The EQUAL act would eliminate this senseless disparity, which has disproportionately targeted Black Americans and people with limited income.

This sentencing disparity is known as the final vestige of the failed" War on Drugs" campaign. This year marks the 50th anniversary of the campaign, and drugs have won every year. It is time for new, common-sense reform.

These bills are logical, fair, legislative efforts headed by conservative lawmakers. They are built on evidence and precedents that have shown we must prioritize fairness, not harshness. Conservatives should be proud we are improving the lives of people in need.

We have found that harsher drug penalties do not deter use. Congress imposed five- and ten-year mandatory minimum prison sentences for heroin, but the prevalence of its use is nearly identical today as it was in 1988. These penalties have not deterred use of heroin nor expanded treatment options for those suffering from addition. This policy choice fails to solve the root causes of substance abuse and addiction in America.

These changes, along with the First Step Act, will work to carefully reduce crime, incarceration and enrich communities. It is the opposite approach of the" Tough on Crime" era, which did not rely on science and data, and placed us in this dire state.

Our system is badly broken, and we can use our values of public safety, restraining costs, small government, equality and due process to help fix it.