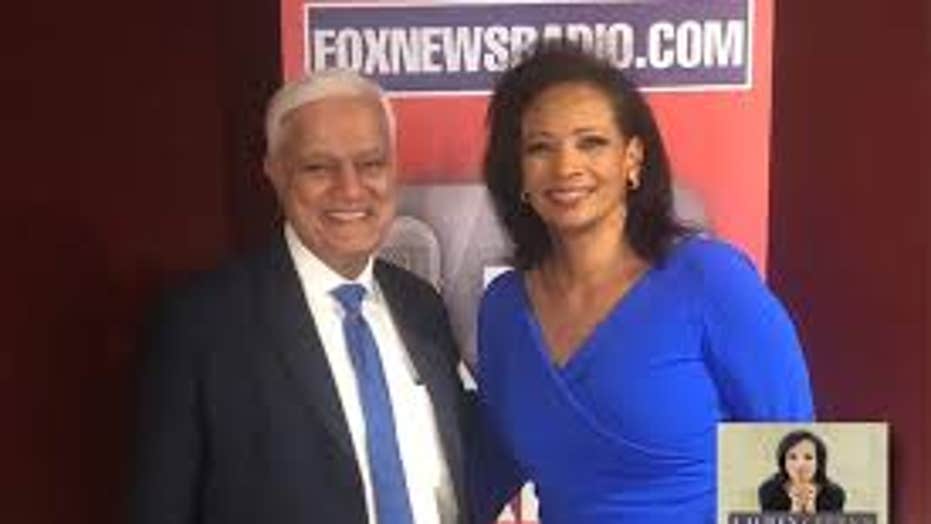 It is with a heavy heart that I write these thoughts about a man who has been my spiritual mentor and friend, Ravi Zacharias. The news of his inoperable cancer has forced me and thousands--if not millions-- to face the reality that the world will soon be without one of its strongest theological minds for Christianity.

It was Ravi's book, "Can Man Live Without God?" that was so mind-blowing to me that I approached the CEO of Fox News Channel to do a special on the topic.

That special, called "Can We Live Without God?" featured Ravi and aired more than a decade ago.

It was my first foray into covering faith and religion.

It was Ravi's philosophical and logical mind that helped open up a world of belief that I had never encountered.

It is Ravi who said that all humans, regardless of what religion they practiced or whether they had no religious beliefs, had to answer four basic questions: Where do I come from? Why am I here?  How should I treat people? Where am I going? Origin, Meaning, Morality, Destiny.

Ravi wrote in the book, "The issue, then, is not whether the belief system you espouse-monotheistic, atheistic, pantheistic or otherwise--is exclusive.  The issue is whether the answers to the four basic questions of life pertaining to origin, meaning, morality, and destiny within the context of each of these world-views meet the tests of truth. Are they logically consistent, are they empirically adequate, and are they experientially relevant?"

Ravi and I talked a lot about that on the "Lighthouse Faith" podcast last year in connection with his recent book, "The Logic of God."

It is Ravi who said that all humans, regardless of what religion they practiced or whether they had no religious beliefs, had to answer four basic questions: Where do I come from? Why am I here?  How should I treat people? Where am I going? Origin, Meaning, Morality, Destiny.

It is Ravi who maintained that "People are equal, ideas are not."

It's a very difficult concept in a world where pluralism abounds and is valued above any one truth.

Ravi is a product of the East, born in India, in a Christian household. But, like so many of us when we're young, he never took the faith seriously and found it difficult to relate it to daily life.

MAX LUCADO: CORONAVIRUS ANXIETY -- YOU CAN'T CONTROL THE CIRCUMSTANCES BUT HERE ARE 4 THINGS TO DO

It was as a despondent teenager that Ravi attempted suicide and came to faith in his hospital bed. He set out on a journey to truly know Jesus Christ and devote his life to serving Him.

One of them, Abdu Murray, co-wrote his latest book called, "Seeing Jesus from the East."

Ravi wasn't able to do the podcast on the book so Abdu filled in solo.

The book is a fresh look at the Eastern and Middle Eastern culture that Jesus grew up in; walked and breathed in.

It is Ravi's culture as well. Even though he immigrated to Canada and eventually set up RZIM headquarters in Atlanta, his Indian accent made it apparent his roots were not in the South.

I will always remember the encouragement he gave me when I sent him the first few pages I'd written for a book. He was not only encouraging but enthusiastic about its premise.

Now that my book "Lighthouse Faith" has been published, I can honestly say that without Ravi's positive feedback early on it might never have come to fruition.

Although Ravi will soon leave us, his voice never will. We will always have his books, his lectures, podcasts, and countless YouTube posts.

Thank you for your Christian leadership.