There is chilling video of Muslim children in Philadelphia singing songs and reading poetry about killing people in the name of Allah.

The Muslim American Society Islamic Center, the group responsible, is not in the Middle East, but right here in the United States.

The group posted a video of the performance on its Facebook page to celebrate. The kids are lip-synching:

“We will defend the land of divine guidance with our bodies, and we will sacrifice our souls without hesitation.”

“We will chop off their heads, and we will liberate the sorrowful and exalted Al-Aqsa Mosque. We will lead the army of Allah fulfilling His promise, and we will subject them to eternal torture.”

“The blood of the martyrs is calling us. Paradise, men desire it. Revolutionaries, revolutionaries … Sword and text, oh free men.”

You should be very afraid right now, folks. Very afraid.

The Middle East Media Research Institute – a watchdog group – first published the videos. The research institute said what we are watching in Philadelphia is happening in major Muslim centers around the country.

"The Muslim Brotherhood is the mothership of Islamist terrorism and central to that is a cosmic enmity with Judaism, so they have major problems," Ahmed said. "Furthermore, there's been investigations by the Middle East Forum that American taxpayer finances go to groups like this to the tune of $310,000 since 2007, going to groups like the Muslim American Society, though over $47 million goes to groups."

The Muslim American Society’s Philadelphia chapter released a statement expressing its remorse and calling the jihad songs an “unintended mistake.”

The group said not all the songs were properly vetted and promised an investigation.

Well, I'd like to know why the FBI is not investigating. Why hasn't the Joint Terrorism Task Force been sent to Philadelphia?

Why hasn't the Muslim American Society chapter been shut down?

Because that video illustrates a clear and present danger to the nation. 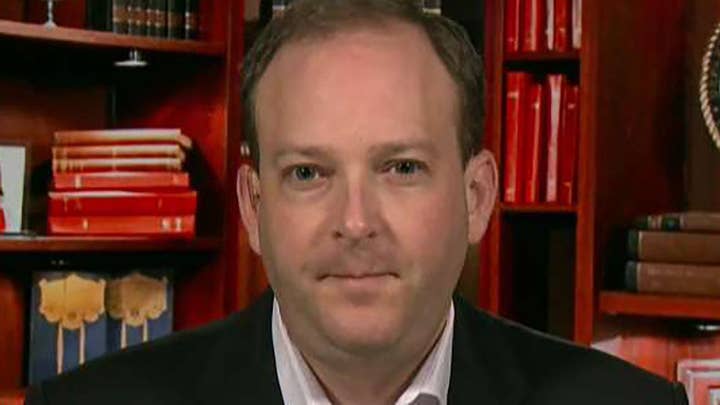 Rep. Lee Zeldin, who was a guest on "Fox & Friends," said: "They had children talking about chopping off of heads, liberating Al-Aqsa Mosque. The message isn't one that you play and have these kids talk about unintended. That's unacceptable and obviously unbelievable."

The Al-Aqsa Mosque is located in the Old City of Jerusalem atop the Temple Mount.

Quite frankly, it sounds like the kind of propaganda material used to recruit jihadists. And I don't know about you – but I'm curious to learn what else The Muslim American Society has been teaching those boys and girls.

Adapted from Todd Starnes' monologue for "Starnes Country" on May 6, 2019.