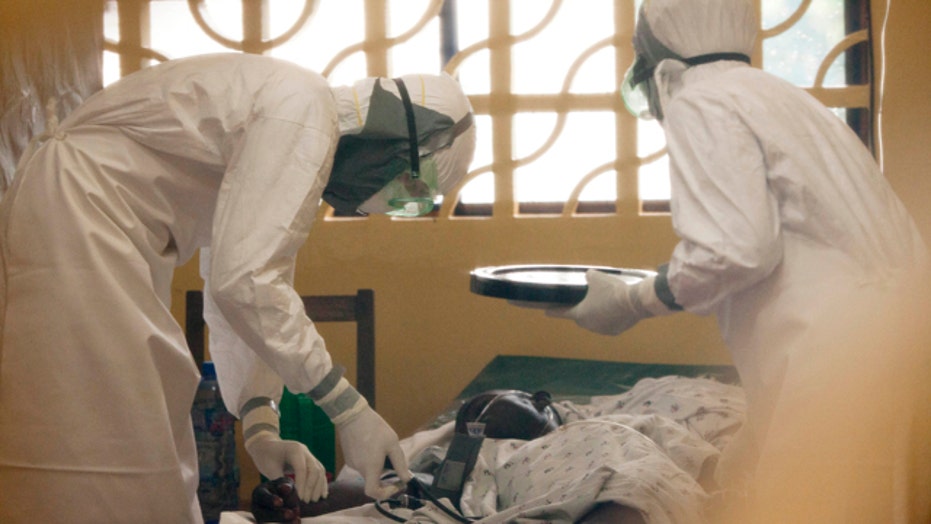 The Ebola virus has been infecting and killing people in Central Africa since at least 1976, and the current “worst Ebola epidemic in history” has been going on in West Africa since March.  But it is only in the past few weeks that a second deadly “virus” has emerged, as the news media has caught on to this story and has broadcast it around the world, infecting everyone with another contagious virus: fear.

Don’t get me wrong; Ebola is a bad bug, and well worth being concerned about. This particular Zaire strain kills up to 90 percent of its human victims. It often fools the immune system of a host into not recognizing it, and many victims end up in kidney and liver failure without even a fight. On top of this, Ebola is difficult to recognize, appearing first like any other flu with fatigue, fever, headache, muscle aches. Then you can start to have vomiting and diarrhea, and caretakers and close contacts of afflicted patients can catch Ebola even as they try to help contain it.

But fear and ignorance are spreading in West Africa along with Ebola, as natives mistrust the very humanitarian aid that is being brought in to help them. Physicians in the Ebola trenches are heroes, not sources of contagion, but not everyone sees them that way. Dr. Sheik Humarr Khan, whose work in Sierra Leone against several viruses -- including Ebola -- is legendary, died this week of the dreaded virus. His work should be celebrated.

But with this Ebola outbreak already killing close to 700 in West Africa, the best way to combat it is with solid science, and the biggest threat to this proven strategy is fear. Ebola isn’t spread by coughing and sneezing. Isolating sick patients and their contacts has worked in stopping previous Ebola outbreaks. The same kind of infection-control precautions are used that have also worked successfully with HIV/AIDS (gloves, gowns, masks).

Unfortunately, when people are afraid, they take fewer infectious precautions, and spread more virus. This is why regional quarantines haven’t always worked historically.  It is probably prudent for Liberia to close most of its borders and to have Ebola testing centers at the ones that remain open, as long as this doesn’t spread panic. While it is also reasonable to issue travel advisories and screen patients for viral symptoms coming in and out of West Africa, and the CDC is wise to issue Level 2 travel precautions (avoid direct contact with Ebola patients), anything beyond this at this point would be counterproductive.

It is very unlikely that someone will contract Ebola from casual contact on a plane. It is even more unlikely that if Ebola does appear in the U.S., that it will lead to a sustained outbreak here, because of our public health system. The challenge to provide supportive care while properly isolating patients is much greater in Liberia, Sierra Leone, or Guinea than it would be here.

Living close together, being unaware of how viruses spread, and even burial rituals have helped to spread Ebola in West Africa. This epidemic will still likely be contained and not spread to other countries. If it does spread, it will likely not be sustained, in part because Ebola is so deadly it usually kills the host before he/she has a chance to spread it.

Several vaccines and anti-viral drugs have showed promising results in animals, and human testing is under way, though no treatment or vaccine will be ready for market soon. In the meantime, the best treatment for both Ebola and the spreading fear of Ebola is to offer the world information and perspective, and for those afflicted in Africa -- careful isolation.

When it comes to a health scare, the news media has never been great at providing this kind of calm, rational perspective. The time to start is now.