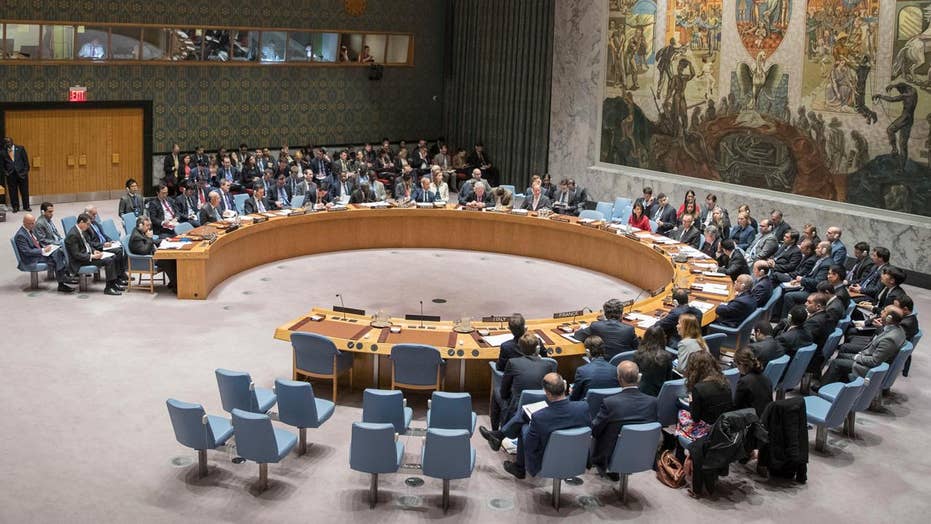 Russia votes no, while China abstains from voting

The United Nations and its employees enjoy broad immunities that insulate them from external accountability. This places a heavy responsibility on the U.N. to self-police and self-correct. Unfortunately, it has instead earned a reputation for opacity and retaliating against those who report misdeeds by U.N. officials and peacekeepers.

Secretary of State Rex Tillerson and ambassador to the U.N. Nikki Haley can change that.

Admittedly, it’s a challenge. Mismanagement, inefficiency, and lack of accountability are nothing new to the UN. Faults identified in a 1948 Senate report are remarkably similar to those we see today.  Subsequent scandals like the Iraqi Oil-for-Food program and the recurring tragedy of sexual abuse by U.N. peacekeepers and officials demonstrate that oversight and accountability remain woefully inadequate.

Often, serious problems come to light only when conscientious employees report them to the media or to U.N. member states. But these whistleblowers come forward at great risk to their reputations and livelihoods. Despite whistleblower protections adopted over a decade ago and the creation of a U.N.  Ethics Office to receive confidential complaints, retaliation continues.

An external enquiry subsequently found that the chief of staff to then U.N. Secretary General Ban Ki-moon had orchestrated an unwarranted investigation of Kompass. Moreover, the Under Secretary-General of the unit that probes wrongdoing, the Office of Internal Oversight Services, or OIOS,  OIOS and the director of the U.N. Ethics Office were complicit in this attempt to besmirch Kompass.  An independent panel eventually vindicated Kompass, but he resigned his position anyway.

It is telling that this ill-treatment emerged from the U.N. office charged with championing human rights, including rule of law and due process—an office that corrupted the very mechanisms intended to prevent such retaliation.

Misbehavior like this led the U.S. Congress to enact legislation requiring Washington to withhold 15 per cent of contributions to international organizations unless the Secretary of State reports that it is “effectively implementing and enforcing policies and procedures which reflect best practices” to protect whistleblowers.

Despite ample evidence the contrary, former Secretary of State John Kerry reported that every UN organization met the whistle-blower standards except one obscure exception: the World Intellectual Property Organization, or WIPO.

The decision to withhold money from WIPO was certainly justified. But letting all other U.N. organizations slide sent a signal that the U.S. was not serious about improving whistleblower standards.

But the U.N.’ s new Secretary-General, António Guterres, may be concerned that the Trump Administration will get serious. This January, he issued a bulletin amending the previous UN whistle-blower protection policy.

Unfortunately, this new policy still falls short of the best practices standard set by Congress. For example, it fails to give aggrieved whistleblowers access to independent arbitration outside the UN.

After all, the U.N. did not even have OIOS until 1994, when it was created after U.S. demands--backed by the threat of financial withholding.

Let’s show we mean it.