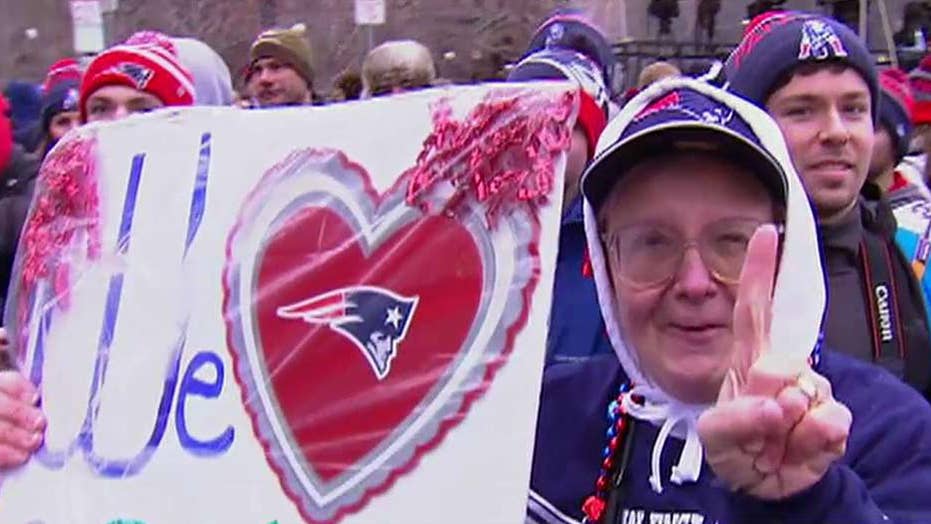 We witnessed history Sunday night when the greatest comeback in Super Bowl history took place and was watched by over 100 million people.

The greatest Super Bowl comeback in the previous fifty games was 10 points so a 25 point comeback with a game won in overtime (that also never had happened before) was truly historic.

Add to those amazing facts that in the entire history of the NFL playoffs a team has never lost a game when leading by more than 19 points entering the fourth quarter. Wow!

Pundits will spend days, weeks, maybe even years talking about this game. They will dissect it in various, different ways. They will focus on the Falcons’ decision to keep throwing the ball instead of running it late in the fourth quarter, the luck of the Patriots to get the ball in overtime, win the overtime coin toss and the incredible talent and skill of Tom Brady. They will explain the comeback in strictly football terms.

I have been writing and speaking about comebacks for years. In fact, I have a new book coming out this year entitled “Turn Your Setbacks Into Comebacks.” Just like the Patriots we all need comebacks. You can have a financial setback, a career setback, a health setback or a relational setback. And what you need is a comeback. The same principles that guided the Patriots to their record breaking comeback can be used by you to launch your comeback.

A comeback will always begin with change. When the Patriots went into the locker room at halftime they were losing 21-3. The score should have been 7-6.

The Patriots had given up two turnovers that resulted in 14 points and missed out on scoring 3 points when they turned it over in field goal position. If they were going to have a comeback they had to change the turnover situation and that is exactly what they did. They did not turn the ball over in the second half and they forced a crucial fumble that resulted in a touchdown.

If you want a comeback you are going to have to change. Unless you change what you presently are doing or not doing, things are going to remain the same; there will be no comeback. You have to be willing to do things differently from what you’ve done up to this point.

Your confidence always takes a big hit when you have a setback. The Patriots were behind by 18 points at halftime but their deficit actually grew to 25 points in the third quarter. At some point they had to decide they were going to believe a comeback was possible. After the game Tom Brady said they never stopped believing.

Momentum is your best friend for a comeback because it can make you better than you really are. The Patriots finally scored a touchdown toward the end of the third quarter. This gave them some momentum. Then they were driving to score again and had to settle for a field goal. But it was still a score and it turned out to be a very valuable three points. They took those points because it continued their momentum. When they sacked Matt Ryan and forced a fumble the momentum definitively turned. They scored a quick touchdown and now their comeback was on.

You can regain momentum by regaining control of one thing at a time in your life. This will give you a little momentum that can turn into a lot of momentum, producing emerging energy and limitless passion that positively fuels a comeback.

It can often be hard to get going if you don’t know where you need to begin. Figure out your first step and start doing it; that will put you back on the road to success. Each hurdle you successfully get over will build the momentum that will lead you to your comeback.

Maybe you are frustrated your comeback is taking so long or maybe you have lost faith it will ever happen at all. The Patriots could have quit. My wife, who is from Massachusetts and a lifelong Patriots fan, had almost lost hope. She was ready to accept defeat but the Patriots were not. They kept on playing, kept on battling and ultimately conquered. It took overtime for them to win but they scored on the first drive and now they are Super Bowl champions for a fifth time. And this victory will be one for the ages.

Are you thinking about quitting?

-  You are going to quit school because college is too hard and too expensive.

-  You are going to quit on a friendship. It’s one-sided.

-  You are going to quit your job. You did not get the promotion and you think it is unfair.

Remember: You can’t have a comeback if you quit.

You can hang on a lot longer than you think. It can be hard. It can be challenging. Sometimes the toughest it will ever be is right before the breakthrough.

It’s hard to start over. You may not want to do it. You don’t want to risk another disappointment. You’ve had your heart broken too many times. But you can do it.

It’s going to get better. Who knows how a situation that seems so discouraging could turn around?

Only by persevering through the problems and challenges can you move past your setbacks and into your comeback.