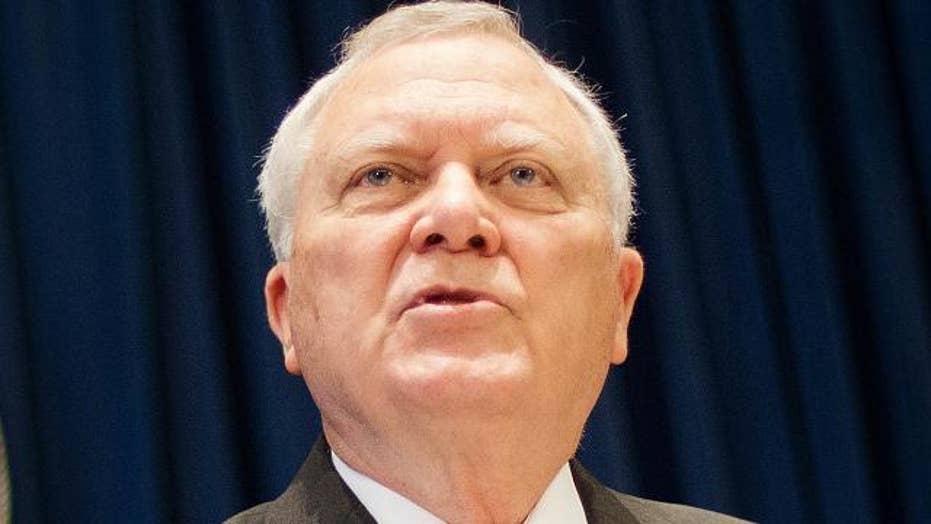 Our Pledge of Allegiance concludes with “Liberty and justice for all.” The proponents of Georgia’s HB 757 argued the bill was necessary to protect the right of people of faith to practice their chosen religion.  Having worn the uniform for 22 years and sworn to protect and defend the Constitution, I believe that an individual’s right to his or her chosen faith is sacred.

However, I also believe that equality is a foundational principle of our American experiment.  HB 757 and bills like it demonstrate there is a group of people in America who view discrimination as socially acceptable, and worse, use religion to justify it.  Monday, Governor Nathan Deal vetoed this ill-considered legislation and, by doing so, made a strong statement about the principle of tolerance. As a conservative, I’m proud of him.

We have a choice to make in this country. Will we treat everyone with dignity and respect? Or will we continue to allow a minority to marginalize entire groups of Americans and defend their flawed thinking on faith-based grounds?

Throughout our nation’s history, conservatives and people of faith (and I consider myself one) have received blame for sanctioning bigotry, and rightly so.  For generations, segregation was defended under the guise of faith. Take this example:

"Almighty God created the races white, black, yellow, malay and red, and he placed them on separate continents. And but for the interference with his arrangement there would be no cause for such marriages. The fact that he separated the races shows that he did not intend for the races to mix."--Judge Leon Bazile in Caroline County Court, 1958

Would any of us in 2016 agree with that quote?  This wasn’t fringe thinking back then. In fact it was widely accepted in many parts of America. Our challenge now is to avoid repeating the mistakes of our past with a new class of Americans – the LGBT.

My faith tells me to love my neighbor. I’m told that God alone is fit to judge my neighbor.  Jesus broke bread with individuals who held ideas and values very different from his own.  This is because the truest expression of faith is love.

Arguing that Christians deserve the legal right to refuse service to individuals on the basis of their sexual orientation is antithetical to Christianity.  Remember, we aren’t talking about a Church’s, or minister’s, or individual’s right to his or her own personal beliefs. We are talking about behavior in civil society. To that effect, HB 757 would’ve been a slippery slope – that’s why such a wide and varied coalition of business leaders continue to take such a strong stand on this issue.

As a conservative, I’m guided by the principle of individual liberty but there are, of course, defined limits to that liberty. One of those is you aren’t free to operate a business, open to the public, that refuses service to individuals based on intrinsic or extrinsic human factors, such as race, religion, disability, or sexual orientation.  Furthermore, as Governor Deal so eloquently outlined, government should not define a solution in want of a problem.

It is unfortunate that Governor Pat McCRory in North Carolina did not show Governor Deal’s courage and veto HB 2 a bill as ill-considered as was proposed in Georgia. While the sponsors have attempted to sell that bill to the conservative base as about privacy in restrooms (legislating about what bathroom a transgender person may use is a discriminatory solution in want of a problem and a slippery slope), it’s about more than that. The bill removed protections from discrimination in North Carolina so now denying me service as a black person is now arguably without consequence. And likewise to discriminate against veterans in hiring (the sponsors voted down an amendment from a veteran legislator who sought to add real protection for veterans) leaves victims of such discrimination with no recourse. This law bill betrays bedrock conservative principles like local control and limited government and cannot, by a longshot, be construed to address religious liberty.

Governor Deal’s actions Monday were consistent with conservative principles, including one of the core values of the party of Lincoln: that the law must never sanction discrimination. Governor Deal should be commended for standing up to a small minority who sought to hide bigotry under the guise of faith; and for reminding us what true faith is all about: love. We must reward Governor Deal’s political courage may very well come at his own political expense.

And we should take this as a lesson. A true person of faith bases their actions not on what’s popular or in keeping with their interests, but on principle. It’s refreshing to see another Conservative Governor stand up for tolerance and remind us that not all Conservatives or Christians agree with insidious attempts, such as HB 757, to marginalize LGBT Americans.

Faith requires love and tolerance, and we’re stronger as a nation when we stand for them. That’s why conservatives would be wise to follow Nathan Deal’s example.

Montel Williams is a graduate of the United States Naval Academy who served 22 years in the Marine Corps and the Navy. He went on to host the Emmy award-winning "Montel Williams Show" for 17 seasons and is now a noted activist on veterans issues. Follow him on Twitter @montel_williams and on Facebook at Facebook.com/montelwilliamsfan.