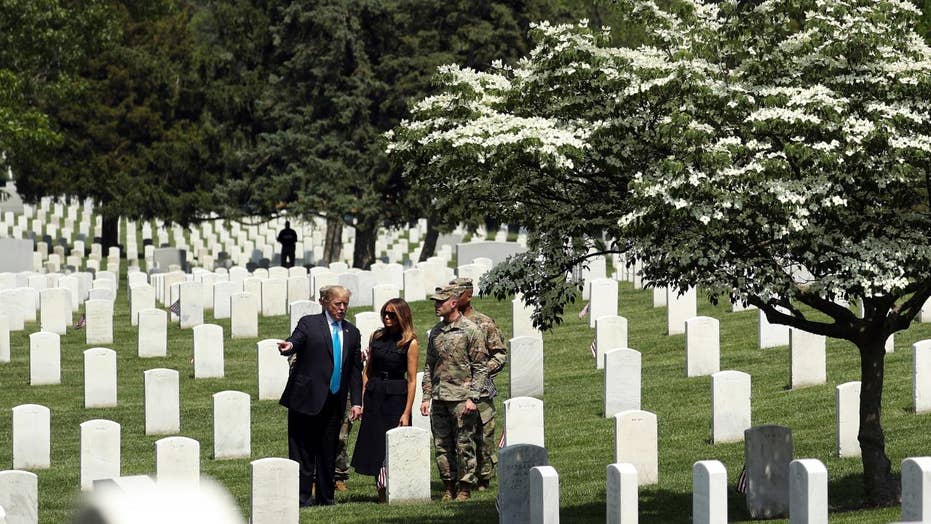 Navy SEAL Rob O'Neill says Memorial Day is not just a three-day weekend, it is honoring those who gave the ultimate sacrifice.

Every year, the approach of Memorial Day is heralded by advertisements for weekend appliance sales, vehicle discounts, and mattress price drops. Many Americans celebrate it with backyard barbecues, family road trips, or by opening their swimming pools. For most, it has become little more than an unofficial signal of summer’s arrival. But for me, the last Monday of May is one of the most important dates on America’s calendar.

A few years ago, I was traveling in Pennsylvania with my parents when we stopped to have breakfast at one of our favorite places, Cracker Barrel. When Daddy briefly excused himself near the middle of our meal, the restaurant’s manager approached the table and kindly asked my mother if she minded telling him about my father’s extensive injuries.

Mom replied in the same way she always does in such instances, enthusiastically: “Oh, not at all! You see, my husband gave his arm and eye in Vietnam. He was there defending the rights of the Vietnamese people. He’s always hated oppression like what they faced in those days, and he grew to love them.”

Just about then, Daddy returned, and the manager wanted to buy his breakfast. When Daddy politely refused, he insisted. “Sir,” he said with deep respect, “your wife just told me how you were hurt. I am Vietnamese. And I know that if it had not been for men like you fighting to liberate us, I would never have had the opportunity to do this job – nor would my son have graduated from medical school as a neurosurgeon!”

To see the two men embracing and crying together brought tears to my own eyes, as shows of appreciation for our veterans always do.

What was not mentioned that day – though it often is – was that Daddy survived the Vietnam War only because another U.S. serviceman did not. In the fall of 1966, Daddy was an assistant football coach in college. When he saw an antiwar protester set fire to an American flag before one of their games, he was so outraged that he immediately volunteered to join the overseas fight. It wasn’t long before Daddy graduated from the Basic School at Quantico and flew on October 8, 1967, halfway around the world to base area for the First Marine Division’s First Reconnaissance Battalion about five miles from Da Nang.

What would become my father’s 19th – and final – recon patrol was set for an intense battle zone in the Quan Duc Valley, located about 30 miles southwest of Da Nang. To that point, Daddy hadn’t lost a single Marine on any of his assignments. Hill 146, however, would become the setting of tragedy.

My father’s 13-man team, affectionately known as “Texas Pete,” was comprised of men from all walks of American life who found comradery through their work together. The unit included four veteran Marines and nine young troops who were fairly new recruits. As they all crouched on that jungle hillside and silently waited for night to fall, Daddy considered his men’s tense faces. Somehow, he knew an enemy attack was imminent. He sensed it.

Sure enough, just after midnight on March 3, 1968, violent battle ensued. Daddy’s left arm was severed by the impact of the first grenade the Communist-backed Viet Cong, one of the groups along with the North Vietnamese Army largely responsible for mistreating Vietnam’s citizens tossed. Pfc. Tom Jennings died in the next blast. Daddy kept shouting orders to encourage his men to fight back bravely. And they did – though badly outnumbered.

Through the gathering smoke and growing chaos, my father watched in horror as another grenade fell into the foxhole beside him, immediately to his right. Instinctively, Daddy moved to throw his hands over his face – forgetting that he’d already lost one. And that’s when he saw with his one uncovered eye that Ralph H. Johnson, a 19-year-old African American who was also from South Carolina’s low country, had determined to intervene. In one courageous move, he threw himself over the explosive right before it detonated. Daddy lost the uncovered eye, but he and the rest of his men lived because their friend and fellow brother in arms, Ralph, absorbed the deadly blast.

Though gone for many years now, Ralph Johnson remains one of my family’s greatest heroes. Without him, in fact, I wouldn’t be here. Thus, often over the decades, I have seen Daddy work to memorialize that young Marine’s self-sacrifice. Efforts actually began before my birth, when he and his men made sure Ralph received the Congressional Medal of Honor and Daddy lobbied for the Veterans Affairs hospital in Ralph’s hometown of Charleston, South Carolina, to be named for him.

More recently, he lobbied to have one of the Navy’s new destroyers named for Ralph: and on March 24, 2018, my family along with the surviving members of “Texas Pete” sat in the front row at the Columbus Street Pier in Charleston, S.C. as the Navy’s 64th Arleigh Burke class destroyer, the USS Ralph Johnson, was commissioned. Moreover, when Daddy shares his own story at speaking engagements, he always makes much of Ralph’s bravery. And in the times that my family has visited the Vietnam Memorial in Washington, D.C., we’ve taken extra time at Ralph’s name as well as Tom’s. Those men, to us, are family.

The invitation I received from South Carolina’s governor to provide the keynote address on March 29, 2018, at the commemoration of National Vietnam War Veterans Day, remains one of my highest honors.

After President Trump signed the Vietnam War Recognition Act a few months after his inauguration, I was thrilled when my home state chose to be among the first to officially honor the brave men and women who served in Vietnam. After all, my father is one of those heroes! Yet so many of them, he’s made sure I know, never came home. Or if they did, they never knew it. Their bodies were immediately interred all over our great land. Their sacrifices soon forgotten.

John 15:13 says, “Greater love hath no man than this, that a man lay down his life for his friends” (KJV). So, on this Memorial Day, please make time to remember the brave men like Ralph Johnson who traded their lives so that you – a friend by shared citizenship – and others could have freedom. Pause at 3:00 p.m. local time, in accordance with the National Moment of Remembrance resolution, to reflect on the sacrifices made. Visit a national cemetery or memorial and place flowers of red, white, and blue there. Display America’s flag at your home or business. Or make a charitable contribution to a veterans’ agency that provides practical support to the families of those killed in action. Whatever you do, please remember that Memorial Day is not about the sales, the swimming, or the kick-off to summer. It’s about honoring sacrifice. The ultimate.

Tara McClary Reeves is a cheerleader for veterans and active duty service men and women and is the author of “Is Your Dad a Pirate?” a children’s book that spotlights the service, sacrifice, and commitment of military families. Find her on Facebook at Tara McClary Reeves.