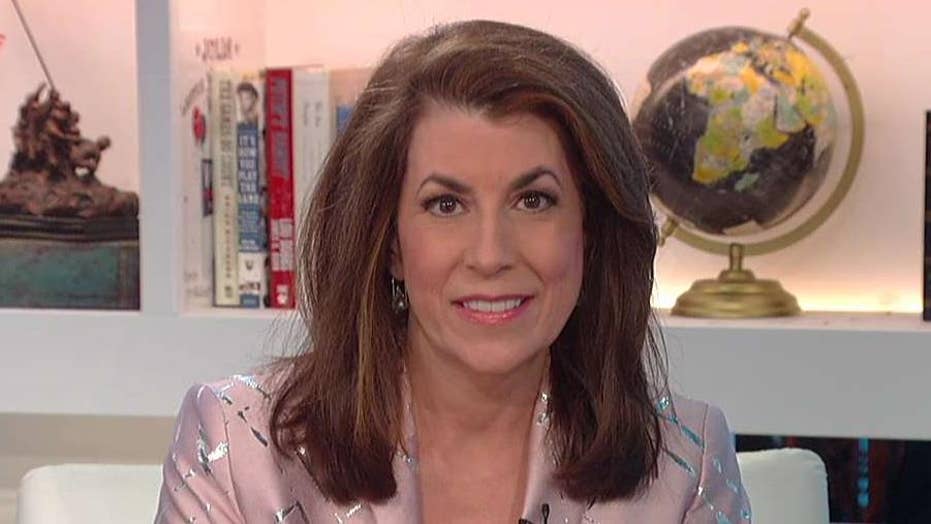 Fox News contributor Tammy Bruce says the left has created an environment for students to retreat into themselves instead of branch out.

During commencement season, young people across the country enjoy the ceremony marking the completion of their college career, attaining degrees reflecting their interest in ideas, innovation, art, sciences and the myriad of courses offered by American academies.

But the camaraderie inherent and necessary as part of the college experience is under attack by a familiar foe: identity politics. This divisive tool is now creating divisions in the very experience that is meant to expand one’s world and our belonging in it.

College is meant, in part, to be the shift into adulthood; the experience of moving out of not just your parents’ house, but out of your comfort zone as well, and into an arena where you will encounter people different from you, unlike your hometown, challenging what you think you know about your life by tossing you into a different one. In addition to the education by the books, the intention is to expand your understanding of the world beyond yourself. Literally.

There is now a warning sign that the leftist obsession with identity politics and the division that it brings have overwhelmed the academy. The leftist strategy of promoting self-regard, otherness, suspicion and division is taking root in the very institutions that are meant to have the student look outside the known, enter the unknown and make it better with their presence.

The National Association of Scholars has released a study indicating that “at least 75 American colleges have black-only graduation ceremonies and 43 percent of surveyed colleges offer segregated residential halls. The organization refers to this as ‘neo-segregation,’ ” Breitbart reported.

Harvard’s separate commencement for African Americans first made national news in 2017. The New York Times had a headline that said, “Colleges Celebrate Diversity with Separate Commencements.” Readers should presume The Times simply doesn’t recognize the irony in its own headlines.

In that coverage the newspaper noted, “[I]t was Harvard’s first commencement for black graduate students, and many of the speakers talked about a different, more personal kind of struggle, the struggle to be black at Harvard.” This event followed the traditional end-of-the-year ceremony that had taken place two days earlier.

In that same year, an organizer of Harvard’s separate graduation ceremony told The Associated Press, “We really wanted an opportunity to give voice to the voiceless at Harvard. So many students identify with the African diaspora but don’t necessarily feel welcome as part of the larger community, and they don’t feel like their stories are being shared.”

Think about the argument here. The argument for the separate event is that the Ivy League university they’ve attended for years does not accept them and has racial issues. So the answer to that is a segregated commencement event, as they are leaving the university, reinforcing the perception they don’t feel, or aren’t, accepted.

In any institution involving thousands of people, there will be aspects of racism, sexism and homophobia. And a precise value of a diverse community is so that those issues can be confronted and challenged, as part of that community.

Those who laud the separate-but-equal commencement events argue that college students have always associated based on interest and affinities. And that’s true — there are debate clubs, political science societies, drama leagues, language clubs, etc. In some campus housing, you find people choosing floors that also reflect similar interests like language, math, art history, engineering or architecture.

Coming together in association based on intellectual affinity transcends political partisanship, race, sex and gender. These leagues are based on ideas and interests, not on slivers of our identities and therefore do not require the exclusion of people because of what they look like or who they love.

Ward Connerly, president of the American Civil Rights Institute and a former University of California regent, explained to The Times that events like black commencements “serve only to ‘amplify’ racial differences. ‘College is the place where we should be teaching and preaching the view that you’re an individual, and choose your associates to be based on other factors rather than skin color,’ he said.”

But the left’s scourge of identity politics requires division and otherness; it is a premise requiring the view of people unlike yourself as unknowable and unrelatable, and therefore that you, too, are unknowable and relatable.

Being understood through empathy and the common experience, in these cases, of being a student at Harvard, is what would normally bring people together. Differences in life experience, home life, and interests make friendships and relationships even more interesting and valuable.

This is how people’s lives and points of view are changed and improved. This is how communities are built and thrive. And it is exactly what threatens the reliance on division, suspicion and hate that the left relies on to organize and control people.

The heart of the American experience, relationships, empathy and understanding, and becoming united with people unlike yourself, is the existential threat to the left and to their political narrative, and it is why the left remains obsessed with conditioning people into accepting the dangerous fraud of identity politics.