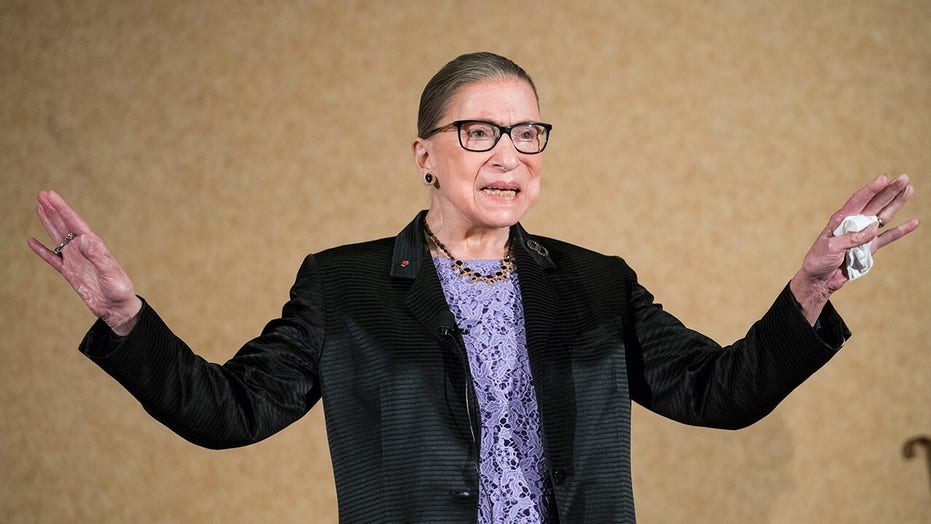 Who benefits from a fight over Supreme Court Justice Ruth Bader Ginsburg’s successor?

The passing of the iconic Justice Ruth Bader Ginsburg has added to the drama of 2020. Predictably, the Democrats said her replacement should not be made until after the election while President Trump and Senate Majority Leader Mitch McConnell, R-Ky., say it should be done without delay.

Only one thing is certain: there are no rules preventing the appointment and the Democrats know that.

Keep in mind that, as our state, local and federal governments have grown, the power and importance of the Supreme Court have grown right along with them. Indeed, after the first midterm elections of the Obama presidency produced divided government, the argument could be made that the U.S. Supreme Court was the most consequential branch of government.

For instance, by deciding the fate of ObamaCare, the Supreme Court determined the flow of hundreds of billions of health care dollars in one. Overall, the court made nearly 100 decisions that impacted Obama administration policy. That is the far cry from the courts our Founders envisioned.

Beyond that, it has been the Democrats' strategy for years to use the courts to get the “social justice” they seek and, generally, cannot get through the Congress or statehouses. Perhaps the most prominent example is gay marriage. It was rejected by the voters of California but made its way all the way to the Supreme Court and then became the law of the land.

In no uncertain terms, the Democrats want to be the party that fills Supreme Court vacancies. That is why I said for years that the Democrats cared more about Ruth Bader Ginsburg’s fate than the unemployment rate.

Prior to RBG’s death, the Supreme Court was fairly balanced between four conservatives (Clarence Thomas, Samuel Alito, Neil Gorsuch and Brett Kavanaugh) and four liberals (Elena Kagan, Sonia Sotomayor, Stephen Breyer and RBG), with Chief Justice John Roberts as the swing vote. There is little question that adding a conservative would move the court decidedly to the right.

The Democrats know that and they will fight tooth and nail to stop the appointment. Let’s not forget the treatment they gave Justice Kavanaugh. Again, this is the battle for the Left.

The Democrats also know the only law on the issue is that the president gets to make the appointment and confirmation is up to the Senate. There are no other rules set in stone.

The most dramatic fight over our judiciary actually happened after John Adams lost his reelection bid to Thomas Jefferson. Adams and his allies in Congress passed the Judiciary Act of 1801, which created new judgeships. Adams then appointed what became known as “midnight judges” with his supporters in a bid to control the judiciary. Imagine if that happened today.

More recently, Democratic Senate leader Harry Reid greeted new President George W. Bush with a filibuster against over two dozen judicial appointments. Reid did so not because the judges en masse were unqualified, but because he could and he wanted to exact a political price from Bush. The Constitution gave Reid that power and there was no legal argument to deny that.

Never in our history has the fate of the court been the central issue of an election.

Fast forward to this election and Democrats are already talking about getting rid of the filibuster altogether if they win control of the Senate. That would mean all legislation could pass by majority vote, instead of requiring at least 60 senators to agree to hold the vote.

When the Democrats controlled the Senate in 2013, they voted to end the filibuster for presidential appointees, which included lower-court judges. They had to power to change the rules and they did it. Plain and simple.

The Democrats' history with the filibuster makes it very clear that if the shoe was on the other foot right now, they would push through a new Supreme Court nominee. They also would block any Trump appointee during an election year just as Republicans did in 2016 when they controlled the Senate and Obama was in the White House.

Never in our history has the fate of the court been the central issue of an election. It may not be the issue of this election but it certainly has made it to the top for now.

Because the Supreme Court wields so much power, no appointment will be without controversy. No matter who Republicans pick, the Democrats will not like it and visa-versa. That is the nature of our Divided Era.

And you thought 2020 couldn’t get more divisive.