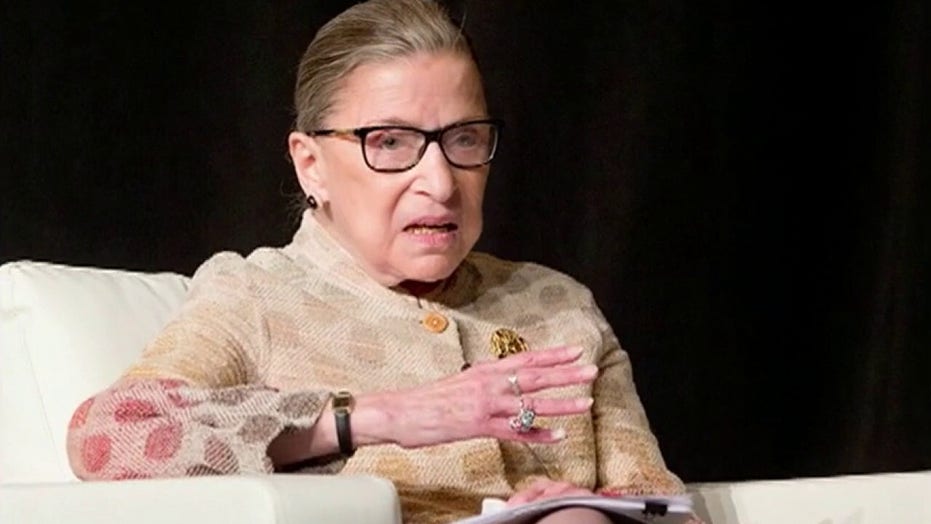 Friday’s death of Ruth Bader Ginsburg, the second woman on the U.S. Supreme Court and a trailblazer of enormous legal and gender advancements, promises to dramatically alter not only the dynamics of this year’s presidential campaign, but also the direction of the high court and nation for generations.

Even during her confirmation hearings before the Senate Judiciary Committee in 1993, Ginsburg pulled no punches on her unabashed support of abortion.

“It is essential to a woman’s equality with man that she be the decision maker, that the choice be controlling,” she told the committee, ironically chaired by then-Sen. Joe Biden of Delaware.

“If you impose restraints, you are disadvantaging her because of sex.”

Just over 27 years later, the issue of abortion and the fate of the infamous Roe v. Wade decision of 1973 remain unresolved, hotly debated and highly controversial.

That’s because when decisions are either wrongly or inadequately settled, they never really go away. They simmer and seethe, like shifting, tectonic plates beneath the earth’s surface.

No nation that aborts 63 million of its children can ever fully reach its potential or truly enjoy God’s favor.

President Trump’s ascent to the presidency in 2016 was largely attributed to his campaign promise to appoint judges to the Supreme Court who would faithfully interpret the Constitution as it was originally intended and ultimately, overturn the horror of Roe.

He must now make good on that promise again by appointing a woman or man who recognizes that the right to life promised by our Founders applies to everyone, even the pre-born.

Over the past four years, I have regularly encountered friends and listeners of my radio program who have told me they voted for Trump for that very reason – and that reason alone. In fact, women are especially vocal, telling me they struggled pulling the lever for the president, but ultimately saw in him the best champion to right the evil wrongs being perpetuated on innocent children.

It’s this fervor and faith in the president’s commitment to life that demands he quickly nominate a successor to the late Justice Ginsburg, and that the U.S. Senate commence hearings and then swiftly confirm the appointee.

Call it coincidence or divine timing, but the issue of life is now the major subject of this year’s hotly contested election.

Former Vice President Joe Biden and a chorus of others are demanding the vacancy remain open until after Jan. 20, 2021. Yet, in 2016, Biden voiced opposition to that very tactic.

“I made it absolutely clear that I would go forward with the confirmation process as chairman even a few months before a presidential election,” the then vice president declared.

Charges of hypocrisy are being leveled at Majority Leader Mitch McConnell, R-Ky., who kept Justice Antonin Scalia’s seat open during the campaign of 2016. But this time around, Republicans hold the reins of both the Senate and the presidency, circumstances enabled by citizens who indicated by their votes a desire for pro-life judges.

As this year’s election has heated up, Biden has made Trump’s handling of the COVID-19 pandemic the centerpiece of his campaign, even suggesting all of the nearly 200,000 deaths attributable to the virus are the president’s fault.

Setting aside the veracity of such an accusation, Biden has, in essence, made life and death the focal point of 2020, and rightly so. I applaud him for his prioritization of the issues.

Human life remains the paramount issue for all American families and American evangelicals.

Yet, if Biden is understandably burdened by 200,000 deaths, shouldn’t he be exponentially more aggrieved by the 63 million lives lost since Roe?

Call it coincidence or divine timing, but the issue of life is now the major subject of this year’s hotly contested election.

As a pro-life Christian many miles apart from the late Justice Ginsburg’s judicial philosophy, I nevertheless honor her life and public service. But the best way to honor life, in my estimation, is to do whatever I can to preserve and protect the most innocent lives, which in mine and millions of other’s estimations, are those inside the womb.

Today commences a battle royale of matchless importance in the public square – six fateful weeks that will determine America’s future.