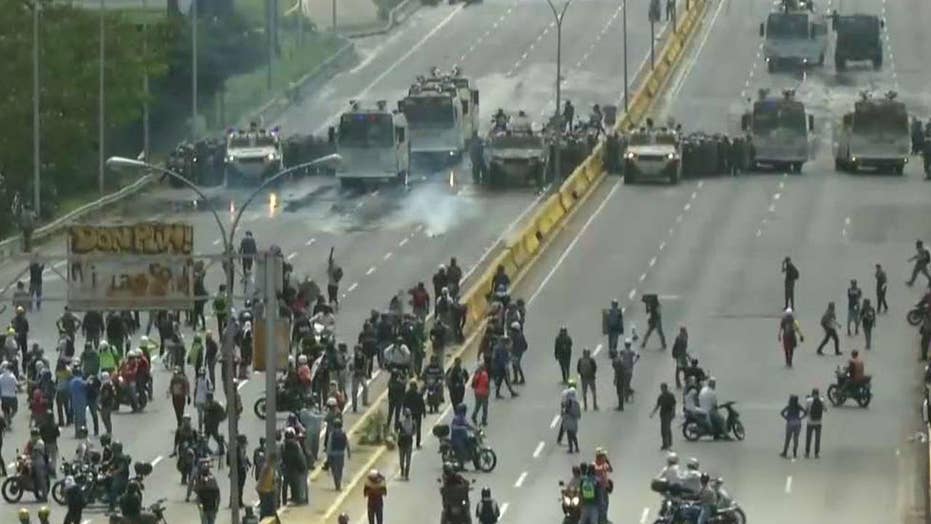 Chomsky called me "an utter coward" for mocking him and said he expected "an abject apology."

He won't get one. As Venezuelan-born filmmaker Thor Halvorssen puts it, "Chomsky provided cover for a regime where 11,500 infants died from lack of medical care."

But assigning blame matters less than what should be done now. After the regime collapses, what comes next?

How about trying capitalism?

That's what Erick Brimen suggests. Brimen grew up in Venezuela, then moved to America, where he started NeWAY Capital, a firm dedicated to creating what he calls "prosperity cities," small places that create "the environment for success."

Venezuela desperately needs that. "Last week I helped my mother escape," writes Brimen. "The violence is getting too intense, and, in one of the most agriculturally rich countries in the world, it is ... increasingly difficult to find food."

Capitalists like Brimen aren't just motivated by greed. They want to rescue others from the tragedy of centrally planned economies.

"Living in Venezuela made me realize the traditional approach to politics is too often ineffective," explains Brimen. "If successful countries, like Venezuela and Greece, can be turned into basket cases by demagogues promising things they can't deliver, we have a systemic problem. ... (W)e must find a new approach."

His plan: Because it's usually impossible to convince central planners to give up power, just get them to give up a little bit of power, in one small location at a time, as an experiment.

These are small places where government leaves people mostly free to pursue their own interests. Government keeps the peace, protects people's bodies and property, but doesn't impose high taxes or burdensome rules.

Hong Kong is a prosperity city. It was once little more than a rock in the sea near China, but because the island was ruled by the British when Communists took over the rest of China, Hong Kong became a haven for freedom-seeking people.

The British enforced rule of law -- they punished people who stole or killed. But then they did something unusual, something wonderful, something politicians rarely do: They left people alone.

By doing that, the British allowed Chinese entrepreneurs to try new things. Free people created astounding wealth. By the end of the 20th century, Hong Kong had a higher per capita income than Great Britain itself.

So we know what works: rule of law, plus economic freedom. Yet billions remain in poverty because politicians won't allow them that freedom.

Today Dubai could be called a prosperity city. Dubai is not free in all the ways I would like, but because the Dubai International Financial Centre is mostly free, it became rich in a decade.

Even the Communist Chinese experiment with free zones. "Shenzhen, for example, grew from a small fishing village to a metropolitan area with 16 million people largely because of the creation of a special economic zone."

Puerto Rico could host a prosperity city. Instead of wallowing in debt and begging the mainland for handouts, the people of Puerto Rico would teach the rest of us lessons.

Likewise, the United States could turn Guantanamo Bay into a prosperity city, showing the Cuban people the power of freedom.

If freedom and markets worked well for Hong Kong, and a poor country once called colonial America, then why not liberate the whole world?