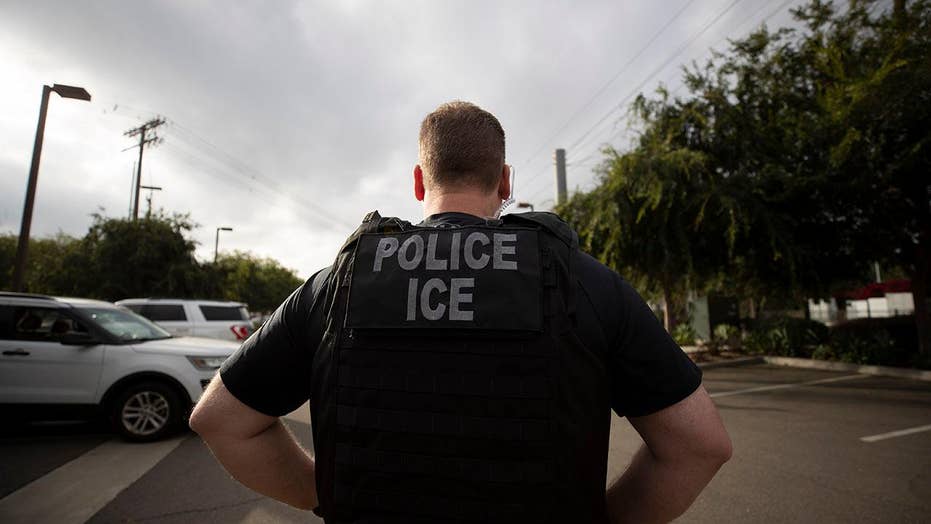 On today’s special episode of The Next Revolution, Steve Hilton gave us an update on all things including Trump, immigration, and more!

Here is some context on President Trump and immigrants. Not long ago he published a plan to reform our legal immigration system. It would welcome just as many legal immigrants as now, except the system would be merit-based.

"We need people, and our unemployment now is down to 3.6 percent, and I think its going a lot lower," Trump told me in a recent interview. "We are doing really well. I want to make sure anybody who comes in to our country comes in through merit."

He is pro-immigration. It just has to be merit-based and controlled properly. All of that was lost in last week's raging debate in the media. As so often with elites who have comfortable lives, the focus was on words. But real people can't afford such decadent self-indulgence. For them, what matters is substance, not scandal.

So what does the substance tell us about President Trump and his populist revolution? When it comes to policy, to practicality, to facts, the establishment's favorite sneer is that those who support the president sacrificed their principles for paltry gains.

"You're saying to yourselves, 'Well, he got us our big tax cut. Well, he's taking regulations off big corporations. Well, he pulled out of the Paris Accords,'" Senate Minority Leader Chuck Schumer has said. "We have to go along with this racism? You're making a deal with the devil."

Easy for you to say, Chuck Schumer. But it wasn't your job sent to China by establishment economics. It wasn't your neighborhood collapsing when the factory went away. It wasn't your income that was stagnant for decades. For the working Americans who did put up with all that establishment failure, the last three years of Trump policies have finally brought real hope and real change.

Unemployment this year hit a 50-year low. With President Trump, we've seen the lowest ever African-American and Hispanic unemployment. The booming Trump economy has pushed up workers' wages, too. Average hourly earnings growth has far outpaced what we saw under President Obama - and across industries, from mining and construction to leisure and hospitality.

And Trump economics reversed the divisive pattern we saw under establishment economics, with booming coasts and a slumping heartland. With President Trump, we see income growth in states like Iowa, Ohio, Pennsylvania, Wisconsin, Nevada, Florida -- wing states that went to Trump in 2016 because he promised not to forget about them, like the establishment had done for decades. And their trust in President Trump quite literally paid off as they saw their incomes rise.

And it’s the lowest paid workers who have gained the most with Trump economics. The latest data from June shows wages have grown for the bottom quarter 4.5 percent over the past 12 months, faster than any other income group. Critics say it all started under Obama. Yes, it did. But we're now officially in the longest expansion in history, and it's much harder to keep things going at the end of an expansion than at the beginning. After a recession, of course you get a rebound. But 10 years after a recession? Usually things slow down.

But with President Trump, they sped up. Economic growth is now above 3 percent when all the experts said Obama's 2 percent was the new normal. The Dow is up almost 50 percent since the 2016 election. The average 401 (K) employer contribution hit a record high in 2019.

Establishment idiots say the Trump tax cuts only helped the rich. Don't they understand anything about economics? The reason earnings are finally rising for the working class is precisely because of the corporate tax cuts. The first quarter, after they were announced, capital investment went up 8.7 percent among S&P 500 companies. And in the first quarter, after they were signed into law, capital investment jumped 21 percent. That capital investment leads to higher productivity, which means workers can be paid more. And it means more job creation for the long term.

The scale and energy of this administration is happening precisely because President Trump had never done this before and just ignored all the usual bureaucratic B.S.

This investment boom is also thanks to the deregulation. Again, the idiots say this just favors business. No, it boosts business confidence; they know they're not going to have an anti-enterprise administration like you had with Obama that could hit them with new regulations any minute. Now with the pro-enterprise Trump administration, they decide to invest. That means more jobs.

We see this clear as day in the manufacturing industry. Last year, 264,000 new manufacturing jobs were added, which was the best year for manufacturing job growth since 1997. The establishment also said the Trump tariffs would kill manufacturing, but the opposite has happened. Manufacturers are moving back and bringing jobs with them. They're leaving China, which is now experiencing its slowest economic growth in 27 years. Couldn't happen to a nicer authoritarian dictatorship.

Tariffs also worked on trade with our neighbors. The Trump U.S.M.C.A. will replace the job-destroying NAFTA with policies that support American workers. For example, rules to drive higher wages by requiring that 40 to 45 percent of automobile parts be made by workers earning at least $16 per hour. This helps ensure American employees don't get constantly underbid by foreign firms who have workers willing to work for almost nothing.

Tariffs worked on the border, too. Look at Mexico on immigration. In May, President Trump threatened tariffs. Mexico agreed to deploy their National Guard, and in June, arrests at the southwestern border dropped by 28 per cent.

Beyond the economy, ISIS has had its entire empire destroyed. On our national defense, last year, the president signed the 2019 National Defense Authorization Act, boosting our military and including measures to stop China from stealing our technology. NATO - remember all the establishment talking heads saying you can't be rude to NATO? Well, they're finally coughing up their fair share.

Look at all the other things. Judges who will help fight back against the administrative state's anti-democratic takeover. On energy, America a net exporter by 2020 - the first time in almost 70 years. On prescription drug prices, the first fall in half a century. On criminal justice reform and rehabiltation, the First Step Act (aka: The Formerly Incarcerated Reenter Society Transformed Safely Transitioning Every Person Act). On restoring the proud American tradition of free speech, the president took action to remove federal grants from colleges that won't defend the First Amendment.

New positive changes are coming all the time. Just last week, the president signed an executive order to provide earlier detection and care for the thousands of Americans suffering from kidney disease and to find innovative treatments.

On and on it goes. Having worked in government myself, it seems to me that the scale and energy of this administration is happening precisely because President Trump had never done this before and just ignored all the usual bureaucratic B.S. That said, oh you can only do one or two things at a time. He said no, I want to get all the things done that I promised and more.

Now that list of positives, of course it's great news, but you could say it's not historic. Not completely transformational. So here's what is: On two vital issues Donald Trump has overturned at least 50 years of establishment consensus.

On trade he's rejected the globalist idea that manufacturing can happen anywhere, and said no, we want the jobs back here in the U.S. And that is so fundamental, not just for economic reasons, but for social reasons, too. Factories are often at the heart of a community. And connected to that, but even bigger than just trade and economics, the president has completely overturned the establishment consensus on China and said no, we will no longer help them in their stated aim of toppling America as the world's superpower.

What is most astonishing about all this is that Donald Trump did this almost single-handed. The Reagan Revolution came on the back of decades of think thanks and policy wonks and other politicians pushing the free-market agenda. On these absolutely giant historic policy shifts of huge consequence, on trade and China, Trump did it almost single-handed because not just the entire establishment, but as we have previously told you, people in his own team were blocking him.

Contrast all this with the Democrats. We don't have to demonize anyone, we can just look at what they say in their presidential debates. The loony left has taken over.

It's the most extreme platform we've ever seen.

See what i'm getting at? I think we can agree, there is plenty to hit the Democrats with and plenty to be positive about, without stoking racial divisions.

Adapted from Steve Hilton's monologue on "The Next Revolution" on July 21, 2019.