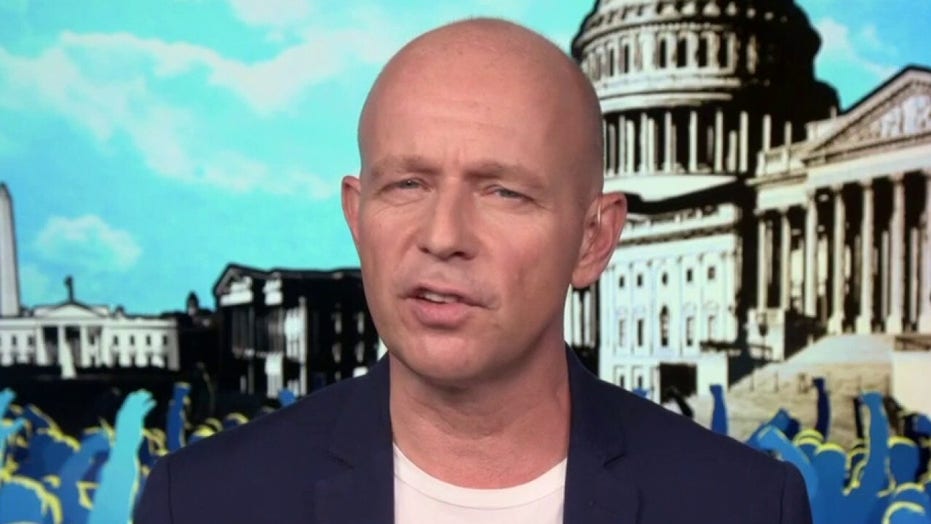 Steve Hilton on coronavirus crisis: One question and two big recommendations for the Trump administration

As the world face the COVID-19 pandemic, there seems to be a curious divergence between the real world and the people on TV.

I know people are worried, confused, exasperated, sometimes all in the same moment, about the coronavirus. And there's a curious divergence between the real world and the people on TV and Twitter.

On TV, you see facts and responsible reporting and important helpful advice, to be sure, but also too often, unhelpful, overdramatizing.

Jon Meacham, presidential historian: The thinnest of veneers separates us from chaos.

Yet every single person I've spoken to in the real world, including doctors, academics, business people, they are truly exasperated. They talk about a massive overreaction. "It's insane" is a common refrain.

Now, I don't agree with that. But I understand why you might be thinking that. It's because there's something missing in what we're being told by our public health officials.

Here's what they have told us:

One - most people are not at serious risk from the coronavirus. While anyone can get it, and anyone can spread it; so far, only a very small proportion end up sick enough to be hospitalized.

Dr. Anthony Fauci, director of the National Institute of Allergy and Infectious Diseases: For the most part, the people who get in trouble and ultimately tragically would die from this are people who are elderly and/or have underlying conditions -- heart disease, chronic lung disease, diabetes, obesity because of the difficulty in breathing back and forth.

They're also saying, thankfully, the kids don't get sick from it. So here's the question, many are asking: If kids don't get it, if most of the people who do get it will be fine, why are we closing down America to fight it?

Let me try to explain. One answer we've been given is that it's the death rate. Here's what Dr. Fauci said to Sean Hannity last week.

Fauci: It's 10 times more lethal than the seasonal flu. You've got to make sure that people understand that.

Okay, but the question is, how does that square with the other things the medics have told us? Look at what Ted Cruz said the CDC told him last week, prompting his self-quarantine: "Testing is not effective before symptoms manifest."

We've also been told by the public health officials that many infected people won't have symptoms at all.

Dr. Sonia Y. Angell, California Department of Public Health Director and State Health Officer: Our experience to date, though, is that most people, more than 85 percent, will have mild or no symptoms.

So even if we get every single American tested, according to the CDC, we won't know who has coronavirus and so an accurate death rate is literally unknowable.

So it seems to me that they're really important numbers, and the really important point we all need to understand is the total number of Americans who may need hospital treatment at any one time. Congress's in-house doctor told congressional staffers that he expects 70 to 150 million people in the U.S. to contract the virus. Now, that sounds plausible, because we know that this virus is more contagious than normal flu, which has infected up to 90 million people in America in a bad year.

We've got about 920,000 hospital beds, with most of them already in use. One estimate by an infectious disease specialist projected 96 million infections in the U.S., with 5 percent needing hospitalization or 4.8 million people.

If even a fraction of that number is concentrated at one point in time, it would totally overwhelm our hospital system, and you end up with patients dying in corridors, like in Italy. So we have to reduce the number of hospitalizations at any one time, spread it out -- in the jargon, flatten the curve.

That's the stated reason for school closures and the NBA, NHL and MLB and all the rest. Large gatherings spread the infection. And even if there are no vulnerable people there, healthy people can leave and infect someone who really is at risk, who then might need hospital treatment. The idea behind closing schools is not to protect the kids, who will likely be fine, but to protect grandparents from the kids.

Instead of draconian steps that will tank the economy for everyone, why don't we focus our draconian action on those most at risk?

But again, many people hear all of this from the public health officials and they're asking, "Does that really add up? You told me most people will be fine, and you told me kids don't get it." If you close schools, won't kids be more likely to come into contact with grandparents, especially if the family can't afford or arrange childcare?

So I have a plea to Dr. Fauci and the others. You want all Americans to cooperate with your public health strategy, at the organizational level with the NBA and so on. That is happening. But there are still millions of Americans who, quite frankly, don't buy into what you're saying. And simply repeating it won't work.

You need to answer the big question many Americans are asking and it's this: Instead of closing schools, colleges, sports and other large gatherings for the general population, why don't we isolate the vulnerable population, like California just announced. Instead of draconian steps that will tank the economy for everyone, why don't we focus our draconian action on those most at risk?

Now, I'm sure there's a good answer to that question, but we haven't heard it yet from Dr. Fauci or any of them. And until we do, frankly, you're going to have millions of Americans not trusting what the officials say and that is the last thing we need at a time of national emergency.

Still, in the words of a British government official I used to work with, "Wah-wah - we are, where we are."

President Trump should understand the new reality and the new political reality. The balance has tipped from the biggest political risk being a crashed economy, to it being the perception that the president mishandled the crisis.

Now, of course, the anti-Trump cult will say he has whatever he does.

Joe Scarborough, MSNBC host: You know, you just look at all of his statements, and it's almost as if Donald Trump is actively working to tank the stock market.

They're the ones lying. The president did act, boldly restricting travel from China, the epicenter of it all, then Europe, the new epicenter, helping nursing homes protect themselves from outbreaks, signing an $8.3 billion aid package, working with insurance companies to cover testing costs, providing aid to small businesses, and of course, the emergency declaration, which will unlock more funding and unleash the hospital system and national emergency services.

Newsom: I had a private conversation with him around 4:30 West Coast time, and he said everything that I could have hoped for and we had a very long conversation. And every single thing he said, they followed through on.

Right, this is now a national emergency. So the question is what to do next, and I've got two big recommendations.

First, our medical capacity. If there's chaos in the hospitals, like in Italy, President Trump can say goodbye to a second term. The world will be watching. Don't let America's hospitals become the equivalent of California's homeless crisis.

Let's set a target. Half a million extra emergency hospital beds by the end of April. Get them in hotels - they could use the business. Get FEMA in. Get the military in. Start building now. Build hospitals. Build clinics. Trump's a builder, he can get it done.

Get the protective gear and respirators and ICU's and ventilators. Get ahead of the demand. Dr. Fauci says we have 12,700 ventilators in the stockpile, but we may need hundreds of thousands. Seema Verma's dissembling when asked if we're ready shows that we're not ready. If we were, she'd say so.

Get the private sector and get the geniuses in Silicon Valley to stop working on travel to Mars or whatever and get them to figure out a quick cheap way to provide respiratory care. Mr. President, go to Silicon Valley and inspire them to respond on these giant challenges. 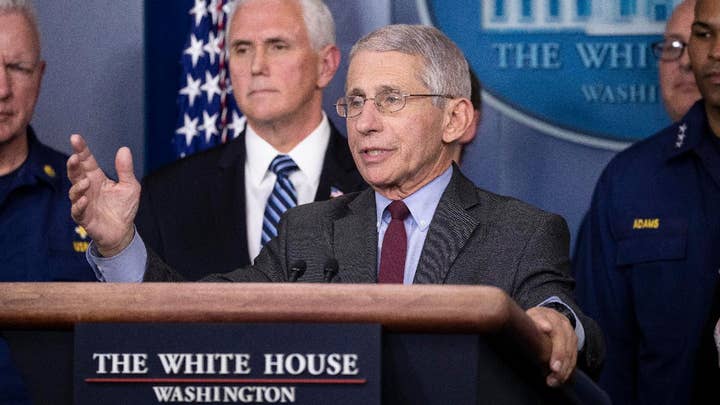 Apparently, the president is working on an executive order on this, and that is great news. It should include a formal policy of industrial repatriation, announce a list of key strategic production that must be located in America, including essential pharmaceuticals, and announce a formal decoupling from China.

We can trade with them sure, but we can't be dependent on them for anything. The era of globalization is over. America needs to be able to rely on American manufacturing alone. To foreign companies, if you want to sell it in America, you have to make it in America. It's as simple as that.

One more thought I'll leave you with: I felt incredibly proud on Friday, watching that Rose Garden press conference, and incredibly lucky to be here. Look at how this country is responding. The private sector, state and local government, individuals looking out for each other in their communities. This is America standing up to this new, unseen enemy in a uniquely American, bottom-up, grassroots way.

Adapted from Steve Hilton's monologue from "The Next Revolution" on March 15, 2020.