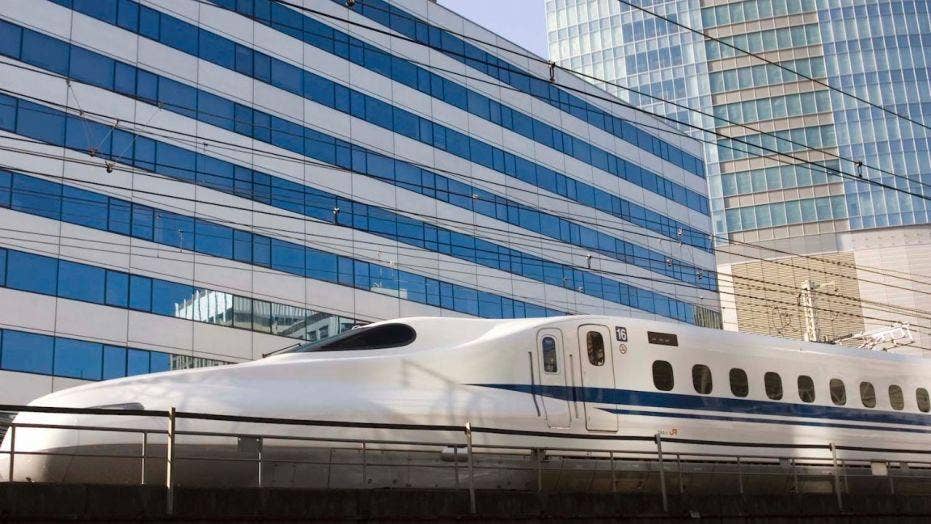 A Texas railroad company wants to build a high-speed train between Dallas and Houston. But, a group of landowners is looking to put the brakes on the $12 billion project.

Two big things have been propelling the U.S. economy forward in impressive fashion: the 2017 Trump tax cuts and the president’s relentless drive to reduce unnecessary regulations, which are another form of taxation.

One example of the president delivering his deregulation promise came in late May when the U.S. Department of Transportation and Federal Railroad Administration abandoned a costly regulatory proposal issued by President Barack Obama.

The measure would have forced private freight railroad carriers to continue operating with two people in a locomotive cab. This proposed Obama, anti-business mandate was always wrongheaded, and its revocation carries important lessons for how best to regulate.

It is also a positive development for the sake of a U.S. economy, whose strength is increasingly connected to the efficient movement of goods. E-commerce will only continue to grow as businesses fiercely compete, and America needs a multimodal transportation system to support this.

Despite years of analysis, the federal government did not have data to show that two-person railroad crews – the standard operating model currently for big freight carriers like BNSF or CSX – are any safer than one-person crews used by many smaller freight carriers, like Indiana Railroad, or almost all passenger railroad systems throughout the U.S.

The Obama proposal was not a serious attempt at promoting safety. Rather it was featherbedding pure and simple at the behest of unions.

Ditching the proposal underscores the fact that regulators should embrace outcomes – such as reducing rail accidents – instead of prescriptions when writing rules.

Rather than bow to narrow labor interests, regulators would be better served stating the goals and letting industries figure out the best ways to achieve them.

This would encourage innovation and avoid the constant problems of regulators always being behind the curve when it comes to newer and better practices.

A nanny-ish, we-know-best mentality on a decision better left to the private market is simply unneeded as railroads continue to set all-time safety records – a result of private investments averaging $25 billion in recent years.

Indeed, as the American Action Forum outlined, “regulators should not impose specific and costly mandates when lacking evidence they will solve a problem. Regulators should also be mindful of the implications today’s regulatory decisions will have on future innovation, particularly when evidence suggests those innovations could improve safety.”

Consumers should welcome this news too, as railroads now have a greater incentive to develop technology that will allow them to better compete for freight business. After all, truckers are feverishly working to reduce labor costs by employing autonomous technologies, and drones don’t need pilots to fly them.

Instead, with action from the Transportation Department, trucks and railroads, along with the rest of the freight market, can let the market decide what works best.

This is deregulation done right.

Ironically, excessive government regulation came close to destroying the rail system; deregulation in the early 1980s saved it. Modernizing operations in the future – free from senseless dictates – will be critical for future U.S. economic growth.