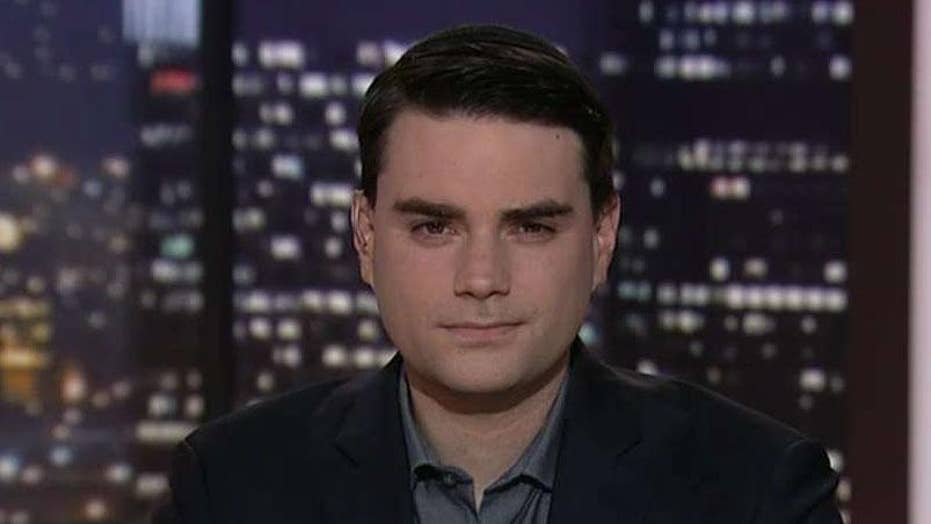 The left is willing to tear away the veneer of civilization in order to achieve Kavanaugh's defeat.

Democrats in the Senate Judiciary Committee are making a lot of noise about an FBI investigation into Judge Brett Kavanaugh, claiming that if he isn't guilty of gang rape and attempted rape in his teenage years, he should join their call.

Republicans, being weaklings, caved in, thinking they can buy off Democrats with a week-long FBI probe which we all know Democrats will immediately dismiss as insufficient. We also know that they will use the delay to dredge up a bevy of other scurrilous allegations which of course, will also warrant investigations that Judge Kavanaugh himself must agree to.

Since the Democrats’ line of reasoning is that all allegations of dubious activity by anyone holding or seeking a government job should be fully investigated by the FBI, and subjects who don't agree must be assumed guilty., here are some questions for them:

Sen. Dianne Feinstein, why aren’t you calling for a more complete FBI investigation into the alleged Chinese spy in your San Francisco office who served as your driver as well as a liaison to the Asian-American community in California? You say the FBI never informed you of any compromise of national security information, and that the staffer “never had access” to classified or sensitive information. But how could they know that without interviewing you and all the members of your staff? YOu have yet to call for an investigation into your own behavior, so obviously, you're guilty.

Why not just have the FBI investigate every allegation against everyone in public life? And if you object, you’re guilty. That’s how this works, right?

Or, how about you, Sen. Dick Durbin? In 2014, an investigation by the Chicago Tribune found that your wife lobbied on behalf of clients who then received federal funding you promoted. Your office announced the grants, but you claimed you did “nothing in terms of securing the money.” So, how about a full investigation to get to the bottom of the matter?

Sen. Kirsten Gillibrand: In 2015, you received a gift worth nearly $500,000 from your husband’s British parents. That was more than the gross income of you and your husband that year. Your spokesperson declined to say why your in-laws gave the money or what you did with it. So, how about it? Full FBI investigation or you’re guilty of something nefarious, right?

What about you, Sen. Richard Blumenthal? You asked Judge Kavanaugh whether he knew the legal term “falsus in uno, falsus in omnibus” – false on one thing, false on all. Well, senator, you’ve stated that you served in Vietnam despite the fact that you sought multiple deferments and then signed up for the Marine Reserve to avoid going to war. That seems rather dishonest. How about the FBI checks into your comments? You know, for the sake of honesty.

And you, Sen. Cory Booker? What about an FBI investigation into an admission you made in 1992, writing for the Stanford student newspaper? You said that you groped one of your friends. “After having my hand pushed away once, I reached my mark,” you wrote. “Our groping ended soon and while no ‘relationship’ ensued, a friendship did. You see, the next week in school she told me that she was drunk that night and didn’t really know what she was doing.” Sounds just like something Spartacus would do. How about an FBI investigation into your admitted sexual assault against a drunk girl in high school?

And what about you, Sen. Kamala Harris? When you took over the California atttorney general's office you announced a statewide task force to tackle mortgage fraud. Then your mortgage fraud office did pretty much nothing. For years. So, how about an FBI investigation into what looks like a slam-dunk case of ... something.

And you, Sen. Sheldon Whitehouse: According to Politico, as lawmakers closed in on a deal over a bill called the 21st Century Cures Act, you bought shares in pharmaceutical companies. You were sitting on a Senate committee overseeing health care at the time. The day president Obama signed the bill, you started selling your pharmaceutical stock. How about we have the FBI check out your phone logs?

These are just a few of the Democrats on the Judiciary Committee. We could go on, because they all seem to have something deeply disturbing to hide. But why bother? Why not just have the FBI investigate every allegation against everyone in public life? And if you object, you’re guilty. That’s how this works, right?