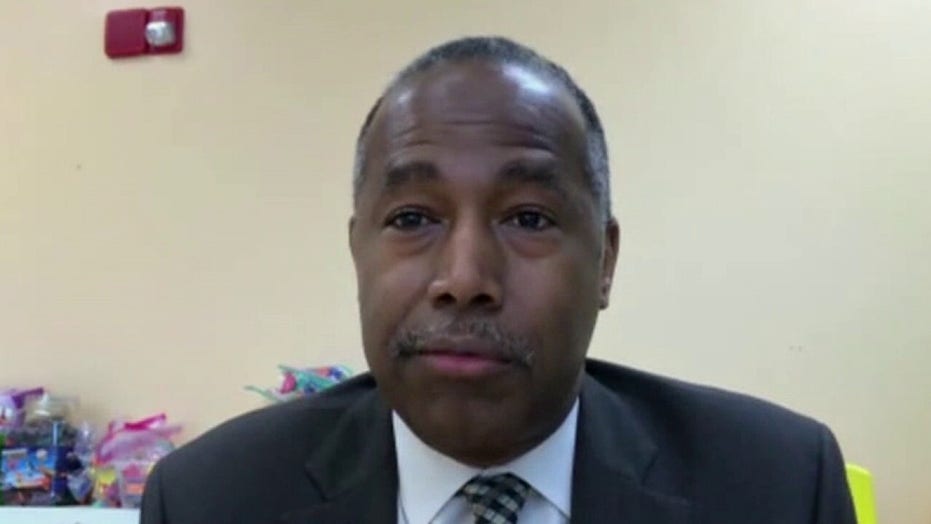 Ben Carson on Juneteenth and race in America

Lately, it seems that we conservatives can't win even when we're winning. But the country is under siege, so we cannot indulge the luxury of being discouraged.

This year has been one body blow after another to the nation we love.

First, there was the coronavirus, and we thought, "How can this get any worse?" Then came the economic shutdown and the incalculable pain and suffering it brought.

NEWT GINGRICH: THREE GENERATIONS OF BRAINWASHING ARE PAYING OFF FOR THE LEFT

Next were the riots, the radicals' unopposed seizure of a section of Seattle and the maniacal efforts throughout the country to defund the police. Now a series of rulings from the "conservative" Supreme Court are wreaking untold havoc on the Constitution and the rule of law.

It wouldn't take a Christian fanatic or an excitable conspiracist to conclude that America is now the target of an intense spiritual onslaught -- brought on by its own rampant descent into decadence.

The left has been at war with America as founded for decades, and it has made great progress in transforming our culture and institutions. Leftists are activism-oriented and relentless. They pursue their goals 24/7, exhausting their less activist and less calculating opponents, and advance their agenda by sheer attrition. 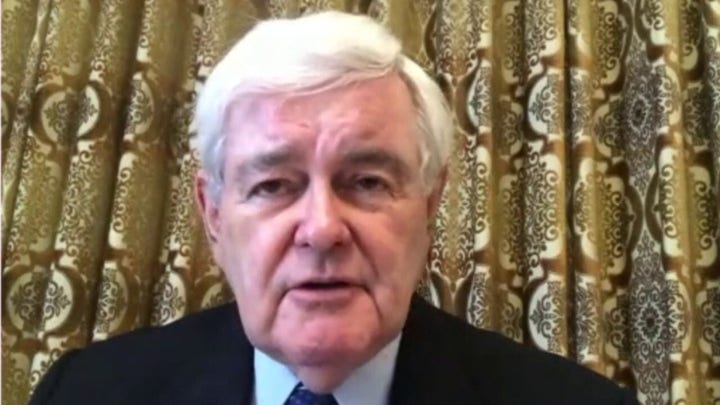 But a more important factor in the left's success is the depressing naivete of too many conservatives about its ultimate aims. If you underestimate the extremism and determination of your opponents, how can you counter them?

Perhaps one silver lining emerging from the Democrats' enabling of the proliferating lawlessness in America is that unsuspecting patriots are finally awakening to the horrors facing us and the left's cynical exploitation of them. 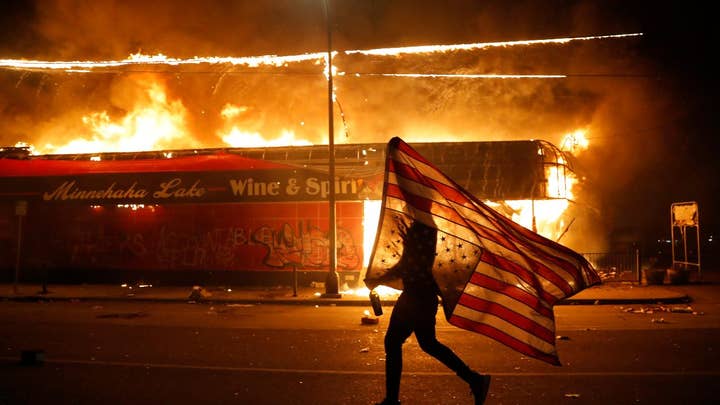 The virus isn't red or blue, but the left immediately weaponized it against President Donald Trump, their endless efforts to remove him having failed. From the beginning of this scourge, it was obvious they were more interested in demonizing Trump than in defeating the virus.

The media and the Democratic Party bludgeoned Trump instead of working with him to combat the virus. They excoriated him for responding too slowly when, had he listened to them, he wouldn't have implemented his travel bans, which objectively slowed the spread in the United States.

They savaged him for defying the medical experts, when he was following their advice at every turn, including in shutting down the economy. Though they have shut the economy down even more severely in their blue-controlled states, they preposterously blamed the inevitable economic downturn on him.

Though Trump and virtually all of America condemned the senseless killing of George Floyd, the extreme left seized the moment not merely to protest officer misconduct but to condemn the nation for "systemic racism," "white privilege" and "white supremacy."

Leftist activists converted the protests into riots, looting and violence, and Democratic leaders refused to condemn it and instead fanned the flames lit by the organized mob.

They have joined the movement to topple monuments and erase all other unpleasant aspects of American history -- as if they never occurred.

This is nothing new for the Democratic Party. It was shocking that its key figures dared to publicly support some of the certifiably insane provisions of the Green New Deal -- provisions too fantastical for even infants to endorse.

It was surreal that some of their leading presidential candidates openly supported the abolition of U.S. Immigration and Customs Enforcement. But this widespread move to defund the police takes the insanity to French Revolution-crazy levels.

How can parents not fear for their kids' future? How can an entire political party give itself over to a lawless mob? How can it condone the systematic suppression of political speech by Hollywood, the corporate left and social media giants?

Do rank-and-file liberals want to live in a country whose culture destroys people who won't toe the leftist line?

Ironically, it will only be a matter of time before the mob they legitimized will turn on them, as surely as the French revolutionaries turned on their mastermind Maximilien Robespierre.

For an unquenchable mob hellbent on eradicating all traditions, systems and laws, nothing is sacred, and no one is immune. Examples already abound. Just ask actor Mark Duplass and author J.K. Rowling.

How can anyone be blind to this fascism? How, indeed, unless we really are witnessing a raging spiritual war.

Note to conservatives: If you have been casually dismissing leftist extremism, maybe now you will wake up. Can't you hear the alarms blaring?

Too many on the right also mistakenly believe that this Democratic frenzy and leftist unrest is all based primarily on their contempt for President Donald Trump. He has made them crazy, and they'll do anything to get rid of him. Then everything will return to normal.

Yes, he makes them crazier, more desperate and more unreasonable -- mainly because he's fighting them hammer and tongs -- but he didn't make them leftists, and leftists don't need any prompting to unleash their hell on America. It stands for everything they hate.

I began this column saying we can't afford to be discouraged. We can't. But that doesn't mean we can afford to be blind to the gravity of the threats we face.

Let's wake up and rededicate ourselves to preventing the destruction of America. Don't ever lose hope.

My bet is the silent majority is bigger than ever and that we'll see that in November. Stay in the fight like your children's future depends on it -- because it does.