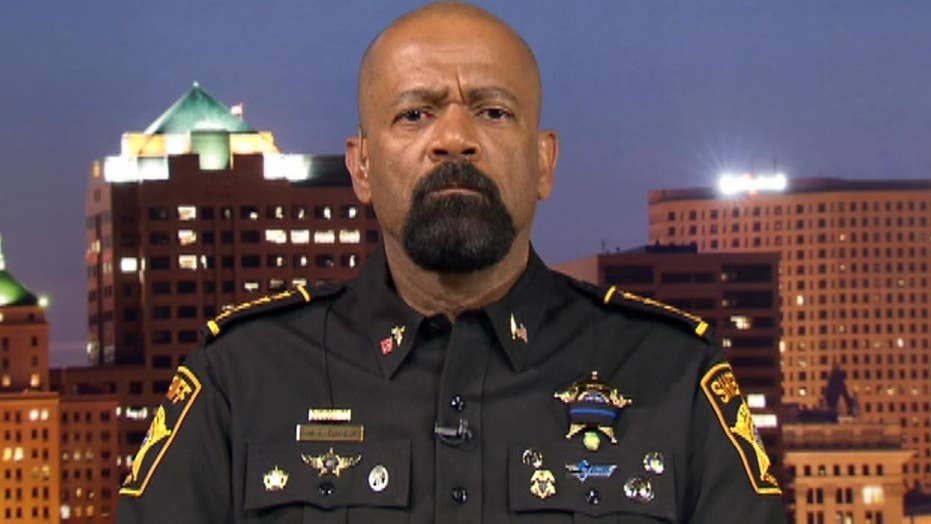 Here’s a sobering thought for Americans to contemplate as we now deal with the aftermath of the horrific murders of law enforcement officers in the name of Black Lives Matter in Dallas, Texas: this was mission accomplished for Black Lives Matter, not an aberration.

The violence and hate-filled messages pouring out of Black Lives Matter seek exactly this kind of bloody resolution, or revolution, though they cannot admit it in polite society. Even as celebrities clamor over themselves to demonstrate their fealty to the hate group, they align themselves with one of the most destructive groups to the well-being and justice for black Americans that exist today.

We are as afraid to point out the obvious, that the sniper attack by Micah Johnson in Dallas, who according to Dallas Police Chief David Brown was “upset about Black Lives Matter,” is just as tied to this domestic hate group as the Orlando terrorist was to radical Islam.

The Southern Poverty Law Center, a far-left organization that congratulates itself for its profligate naming of Christian groups and other conservative organizations to its ‘Hate List’ will prove itself absolutely irrelevant and morally bankrupt if it fails to now name Black Lives Matter and its equally anti-black cohort Black Youth Project to its hate list. I call on them to do so immediately or tear up the list and admit it is the farce that we have known all along.

Black Lives Matter has no more to do with black issues than Students for a Democratic Society had to do with Democracy. They are means to an end, and they use the black population as sacrifices for their goals.

You see, Black Lives Matter is proving itself to seek only one end – and that is discord, alienation among Americans, rise in hate, and destruction of community bonds. The relative increase in justice afforded black Americans is of little concern, save as a convenient veneer for their anti-democratic mission.

Black Lives Matter has no more to do with black issues than Students for a Democratic Society had to do with Democracy. They are means to an end, and they use the black population as sacrifices for their goals. When black celebrities like Beyoncé jump on board I can only wonder what their goals are – more ticket sales? An easy pass from the liberals who control their contracts? It certainly is not to help their community.

White America has a responsibility in all this, and it is not the liberal, Hillary-Clinton style enabling of this horrific heist over black Americans or public displays of self-flagellation about privilege.

White America needs to be brave, they need to stand up against this latest attack on the Black community by the likes of Black Lives Matter – to be unafraid to face the condemnation of the powerful but morally reprehensible liberal elites and mainstream media pushing these lies. Stand by the side of law enforcement, the men and women who are often the only semblance of hope and justice in the crime-ridden inner cities.

If you want to help Black America, this is the strongest and most necessary course of action you can take. No more walking on eggshells as we stand up for what’s right and recall that America is a land where we are all equal under the law. The facts show that even the most basic premise of Black Lives Matter is an utter fabrication: the leading cause of death among black males ages 15 to25 in American is homicide.

We have made strides to help black Americans in recent years, too. Because of Rudy Guiliani’s policies of reducing crime in New York City, tens of thousands of black men, women, and children are alive today that wouldn’t have been otherwise.

Stand up to Black Lives Matter. Show you don’t kowtow to the liberal pressure exacted to achieve their political goals on the backs of the suffering of black Americans due to crime and the dissolution of their communities. It is the hard road to sow in our culture where the right thing is shamed and the wrong thing is held up, but as a law enforcement officer I can tell you this is the time for choosing: law and order, justice, the American way or anarchy, division, hate, and authoritarianism. Black Lives Matter has shown their hand in Dallas: they choose the latter.

Milwaukee County Sheriff David A. Clarke Jr. is a law enforcement executive with 37-plus years of experience. His public service career began in 1978, at the Milwaukee Police Department (MPD), where he served 24 distinguished years.  For more on Sheriff Clarke, click here. Follow Sheriff Clark on Twitter @SheriffClarke.