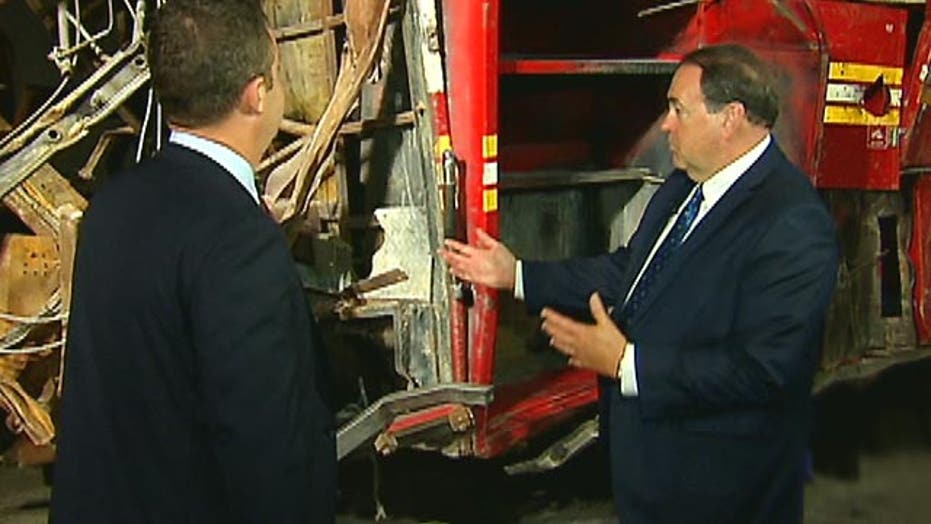 Inside the National September 11th Memorial and Museum

The Gov takes a tour with museum president

When the towers fell thirteen years ago, it was validation of my decision to join the Army just four months earlier. We were going to war, and I would be a part of it.

The nation cheered as our special operators made quick work of the Taliban, and I’ll never forget watching a soldier slap an American flag on the face of Saddam’s falling statue nineteen months later. We were exacting justice, and the enemy was on the run. It was our time to be Teddy Roosevelt’s “Men in the Arena.”

Fast forward thirteen years, and America’s military is still at war—facing an even more dangerous manifestation of those who struck us on 9/11. With three tours under my belt, and seven years of veterans advocacy on the home front, my adult years—like legions of fellow compatriots who have done so much more—have been shaped by attacks that sunny Tuesday morning in 2001.

Early “victories” in Afghanistan and Iraq slowly turned into protracted conflicts — testing the boundaries of our military capability, national resolve, and political will. Conflicts in both places, and more, still exist today. Through it all, our military has learned, adapted, and persisted.

September 11 was a horrific day — we lost almost 3,000 Americans, including the heroic members of Flight 93 who saved countless lives, and first responders who raced up smoke-filled stairs in downtown Manhattan. We must always remember these Americans—and the motivations of those who attacked us.

We need to force ourselves to remember that terrible day, from the comfort of our offices, homes, and backyard barbeques because while we’ve remained relatively safe on the home front for the past thirteen years, the world remains a dangerous place. As I write, radical Islamists have formed a terrorist army seeking our destruction.

In light of these facts, 9/11 is not only a day to remember, but also a day to recommit to both the greatness of America and the defeat of her enemies. We mustn’t be afraid to champion the American experiment in our schools, churches, businesses, and communities.

Likewise, we must incubate the collective courage required to inflict decisive violence on those who wish us harm. America’s economic and military ascension was never preordained, nor is our perch atop the world stage guaranteed to be permanent. The sweat, tears, and blood of our forefathers made it possible, and without her warriors, America would not be the country she is today.

The 9/11-Generation — having lost more than 6,800 brothers-in-arms in Afghanistan and Iraq, along with more than 52,000 wounded — is merely the latest group of warfighters to carry the mantle of freedom. These battlefields, along with other distant corners of the globe, have been our “arena.” But they certainly won’t be America’s last.

I often hear soldiers, politicians, and policymakers say, “We fight so that our children won’t have to.” The idea is attractive, and appeals to my fatherly desire to provide a peaceful life to my two young sons. The problem is, the statement is patently false.

I fight today, fully cognizant that my sons — and other sons of the 9/11-Generation — will be needed on tomorrow’s yet-unforeseen (or unfinished) battlefields. History isn’t over, and despite efforts to ignore the human condition—in Ivy League lecture halls, United Nations assemblies, and from the White House today—America’s military still carries the burden of defending freedom amidst a fallen world — we remain the last, best hope. If not me today, and my sons tomorrow, then who?

Our sons and daughters will not bear the scars from seeing the towers fall, so the job of remembrance lies with us. Our job is to infuse America’s unique and indispensable principles, values, and role in the world into their thoughts, words, and deeds.

In order for America’s influence to live on, our sons and daughters must both remember the threats we face, and stand ready to defend our values and interests — by the pen, the podium, the checkbook, and, when necessary, the rifle. They are the next 9/11-Generation.

So, with America’s military headed back to Iraq to continue a fight our politicians failed to finish, I ask that you use this anniversary not only to remember the events that took place thirteen years ago, but to recommit yourself to the cause of America. Not everyone needs to pick up a weapon; but we all need to work together — through shared purpose, selfless service, and an entrepreneurial spirit — to ensure that the lives of future generations of Americans are better than ours, and exist in a world where freedom, enterprise, and prosperity are on the march.

This week we remember the events of Sept. 11, 2001; and afterward, let us mutually pledge to build another American century. Our lives, fortunes, and sacred honor depend on it.

Pete Hegseth currently serves as a co-host of FOX News Channel's (FNC) FOX & Friends Weekend (weekends 6-10AM/ET). He joined the network as a contributor in 2014.
ADVERTISEMENT