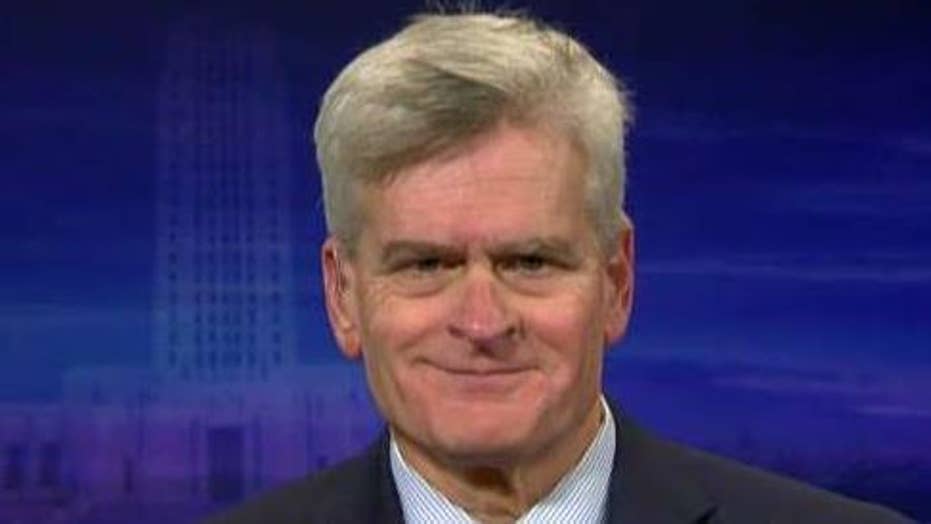 Coming up with a budget is the most basic duty of Congress. It’s something every family, every business and most states are required to do every year.

But the past 40 years, Congress has only successfully done its job four times -- the last time was 1996. Instead of doing its job, Congress cuts corners and regularly passes short-term spending bills – called continuing resolutions, or CRs – that just keep government funded at existing levels.

The result is that no reforms to government programs, even programs that we know don’t work, are allowed to even be voted on. Our military is unable to make strategic investments and is even forced to invest in programs it doesn’t want anymore, since a CR only authorizes existing spending. And most importantly, our national debt continues to climb, unhindered by the political courage it takes to change course.

The process is broken, and politicians are to blame.

We come from the business world. In business, you create a budget. You control the rate of spending. You make sure to invest in priorities that strengthen your company’s future. And employees know that if they don’t do their work, then they don’t get paid.

Why should it be any different for Congress?

Just this year, we had the longest government shutdown in U.S. history. Air traffic controllers, members of the Coast Guard, and fire safety officials worked without pay, while the politicians who control and pass the budget continued to receive their paychecks.

Following the bipartisan, bicameral budget deal in July, when Congress agreed to the broad outlines of spending levels, Congress continues to debate how to allocate the money. Indecision and ineffectiveness don’t work in business, and certainly don’t work for taxpayers. But sadly, that’s what they’ve come to expect from Congress.

Not only is this common sense, it’s moving through Congress with bipartisan support. It was approved by the Senate Homeland Security and Government Affairs Committee in June, and is included as part of the End Government Shutdowns Act.

Passing a budget is the best opportunity for Congress to lay out its fiscal vision for our nation. It allows us to reevaluate spending, decide what programs to fund, and consider how to reduce our national debt, which currently stands at over $23 trillion.

The current system is broken. No one takes responsibility and there are no consequences. That should change.

Some critics will say that "No Budget, No Pay" is an unrealistic proposal, or that it simply can’t be done. They’re wrong – it’s been done before. The No Budget, No Pay Act of 2013 passed Congress with bipartisan support and was signed into law by the president. The applicable provisions were temporary and have since expired, but we were left a successful blueprint.

Other critics will say that our proposal makes it harder for people who aren’t independently wealthy to run for office. That’s a bunch of baloney. Members of Congress make $174,000 per year. All we’re asking them to do is the most basic function of government – pass a budget. It’s not complicated. And we think the average American would agree.

If you’re a member of Congress – rich or poor – and you don’t believe that Congress can or should pass a budget every year, then go home. Quit. There are lots of other competent people who can have your job.

As senators on Capitol Hill, we represent the citizens of our states. When they don’t do their job, there are consequences. It’s time we make Washington just a little bit more like the real world.