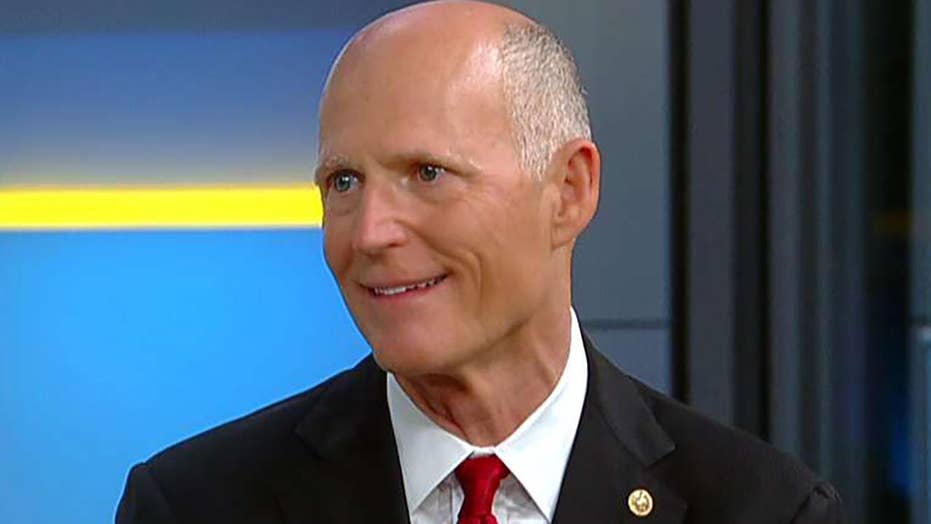 Sen. Scott reacts to liberal policies pushing companies out of NY to Florida

A recent article in a Beltway publication warned about a potential recession and considered how it might affect President Trump’s chances at re-election. The story began -- no joke: “The luxury real estate market in Manhattan is sagging.” It goes on to argue that softening in the real-estate market in high-tax Northeastern states is caused by the 2017 tax-reform law. Thus the claim is that because taxpayers can deduct only $10,000 in state and local taxes from their federal returns, America is heading for a recession.

Nonsense. The tax-reform law stops high-tax states from burdening the rest of us with their irresponsible decisions. America is a marketplace where states are competing with each other, and New York is losing. Their loss is Florida’s gain -- and Texas’ and South Carolina’s and Ohio’s and Indiana’s.

I would like to tell New Yorkers on behalf of the rest of America that our hearts go out to you for your sagging luxury real-estate market. But you did this to yourself, and you can fix it yourself. If you cut taxes and make state and local government efficient, maybe you can compete with Florida again.

I’m an outsider to politics and spent most of my career in business. I ran both small and large companies -- a doughnut shop and the country’s largest health-care provider. I employed hundreds of thousands of Americans and was responsible for making payroll for most of my career. But I grew up in public housing, in a family that struggled for work. I know how important it is to get people back to work.

CLICK HERE TO CONTINUE READING IN THE WALL STREET JOURNAL.

Republican Rick Scott represents Florida in the United States Senate. He is the former governor of Florida.