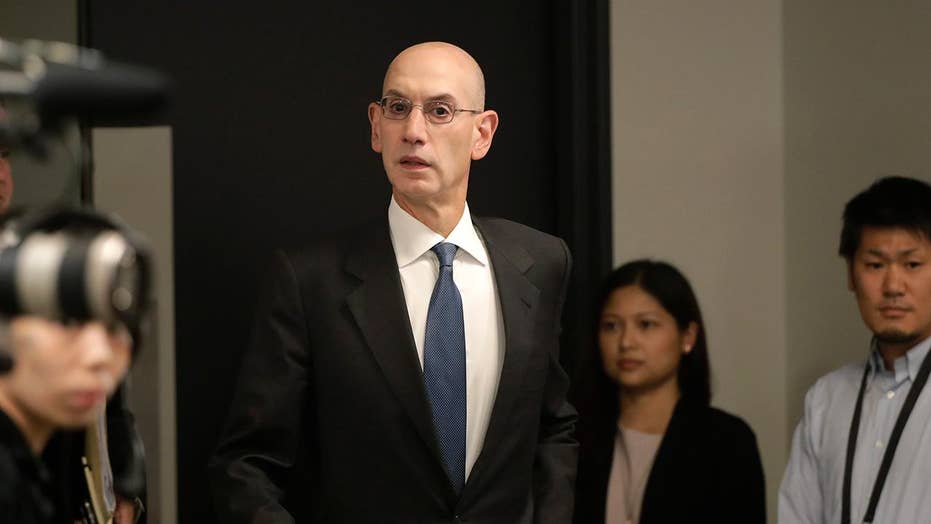 Everyone has been outraged at the recent spectacle of the NBA seeming to steer clear of fans supporting democracy on American soil, cutting off questions from reporters, and watching Houston Rockets General Manager Daryl Morey delete his tweet supporting the pro-democracy protesters in Hong Kong.  It’s not enough for the NBA to kowtow to China’s authoritarian regime, it seems, it also has to appear to act like that regime, as well.

But in fact, I think we all owe the NBA a vote of thanks. They’ve helped to draw attention to a long history of American appeasement of the Communist regime in Beijing, including by successive presidents.

Our collective refusal to call China to account for their human rights abuses and violations of international law have done decades of damage to our economy, national security, and moral standing.

Like the appeasers of Nazism in the 1930s, our media and political, academic and corporate status quo have a record with regard to China and it’s one that they will need to confront and expunge before real change can come.

That record dates back before the Tiananmen Square massacre in 1989 when President George H.W. Bush turned a blind eye to the slaughter of innocent Chinese that amounted to at least 10,000 victims. In the mid-1980s Stanford University allegedly booted researcher Stephen Mosher from its Ph.D. program for daring to expose China’s forced abortion policy--not because what he wrote was untrue but because it appeared to offend Beijing and could have wider ramifications.

We all owe the NBA a vote of thanks. They’ve helped to draw attention to a long history of American appeasement of the Communist regime in Beijing.

We can point to the role of U.S. companies in chasing dollars in China, regardless of the consequences, including opening plants that employ virtual slave labor. Apple and Google are just the latest examples of corporate sensitivity with regards to Beijing. Corporate collaboration has served to propel China from Third World status to an economy that’s poised to become the biggest in the world by 2040. But it has also helped to set up China’s Great Firewall and its total surveillance state.

And it’s not just corporate America. Those companies simply took their lead from successive White Houses, who actively encouraged collaboration with China but also refused to act strong action against multiple waves of Chinese cyber hacking and intellectual property theft.

In Bill Clinton’s case, an American company was allowed to sell advanced space launch technology to China which spawned a generation of ballistic missiles aimed at our U.S. forces.

It’s ironic that two of the unpopular figures in today’s Washington have taken a lead in finally standing up to the Chinese juggernaut.

The first is Mark Zuckerberg.  Last month Facebook closed down an effort by Chinese officials to use WhatsApp “hotlines” to track and monitor Hong Kong protesters—a rare example of a U.S. company defying Beijing.

The other is Donald Trump.  Trump, White House trade adviser Peter Navarro, and U.S. Trade Representative Robert Lighthizer are the first presidential team to blow the whistle on what we’ve been doing with China, and to arouse both Capitol Hill and corporate boardrooms to the China threat.

So thanks, NBA. Your egregious behavior has served to highlight our decades-long hypocrisy toward China.  If we don’t see a major change in course starting now, we have no one to blame but ourselves.