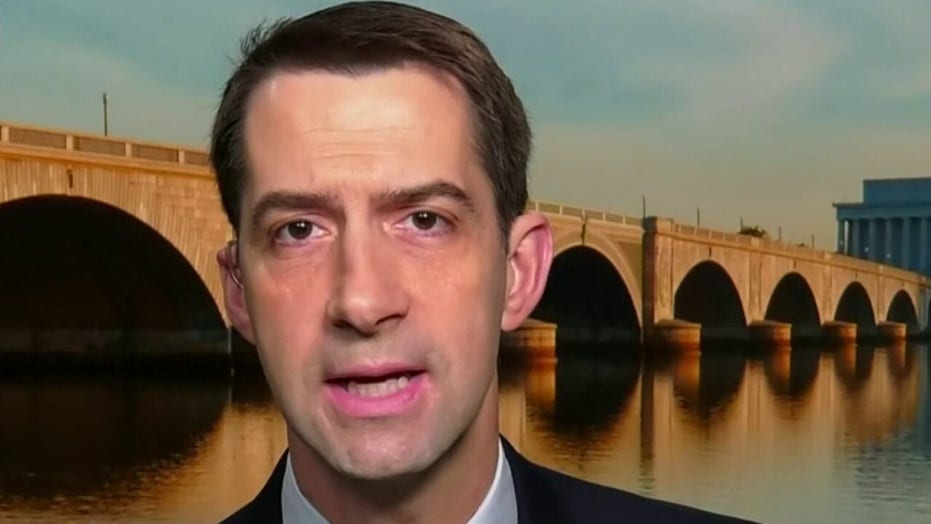 Sen. Cotton to US businesses: Hang on, help is on the way

Earlier this month, a Chinese Communist Party propaganda outlet insinuated that Beijing could cut off supplies of life-saving medicine to the United States at any time, dooming our country to “sink into the hell of a novel coronavirus epidemic.”

Unfortunately, this isn’t an empty threat. The United States is dangerously dependent for pharmaceuticals on the very regime whose failures and coverups caused this deadly pandemic to spiral out of control.

It’s time to change that. We have a plan to end America’s dependence on Chinese drugs and take back our ability to make pharmaceuticals and medical devices right here in America.

We weren’t always dependent on China for medicine, but we are now. For two decades, the CCP has targeted America’s domestic drug manufacturers for destruction, using cartelization, state subsidies and lax safety standards to flood our hospitals and pharmacies with cheap and dangerous Chinese medicine.

This strategy succeeded in shuttering American factories, robbing our workers of good-paying jobs and our patients of high-quality medicine. Just years after the United States granted China special trade privileges in 2000, the last penicillin plant in America closed down. American factories that made aspirin, vitamin C and other essential medicine closed after that, put out of business by China’s predatory pricing.

China has come to dominate the world market for basic drugs as a result. A substantial share of all generic drugs we import comes from China, including a staggering 93 percent of all imported ibuprofen. And focusing on direct trade between China and the United States actually understates our reliance, because most of the active ingredients in drugs imported to us from countries like India also come from Chinese superlabs.

Dependence on our chief communist adversary for essential medicine is an obvious threat to national security. As Rosemary Gibson, author of "China Rx: Exposing the Risks of America’s Dependence on China for Medicine," said in testimony before the U.S.-China Economic and Security Review Commission last year, if the CCP cut the world off from its pharmaceutical ingredients, “military hospitals and clinics would cease to function within months, if not days.”

This may seem like an extreme and remote possibility, but consider that multiple countries have already hoarded drugs and medical supplies in response to the China virus pandemic. China itself is hoarding much of the world’s supply not only of medical masks, but also of the materials to make those masks.

But dependence on China for basic drugs threatens our safety in a more basic way. The drugs China produces are notoriously low quality, even deadly. This fact became tragically apparent in 2008, when more than 246 Americans were killed by a tainted batch of blood thinner that was made in China. Investigations later revealed that the blood thinner had been spiked with cheaper drugs to save money at unregulated labs and farms in China.

Even the CCP itself has acknowledged the poor quality of its drugs. Beijing suspended a program to bribe African countries with anti-malarial drugs in 2012 after entire shipments were found to be fake, posing a danger to the sick patients who took them.

As the China virus pandemic clearly shows, the CCP has no business posing as the world’s doctor and drugmaker. That’s why we’ve introduced a bill, the Protecting Our Pharmaceutical Supply Chain From China Act, to end our dependence on Chinese drugs and take back our ability to make medicine here at home.

Our bill would require federal entities like the Department of Defense, VA hospitals, Medicare and Medicaid to cut off purchases of drugs with Chinese ingredients no later than 2025. This requirement would phase in over a period of years to give drug companies time to adjust, but would put clear pressure on importers to stop doing business with the CCP. The bill also would require drug companies to label the origins of ingredients in their drugs, so U.S. consumers are better informed of where their medicine comes from and whether it’s likely to be safe.

Finally, our bill encourages the medical industry to manufacture in our country again by offering full and immediate expensing of factories, warehouses and capital goods related to the manufacture of drugs and medical devices on American soil.

This bill poses a threat to China’s ambitions, and the CCP knows it. Earlier this week, a Communist Party spokesman responded to the growing clamor in America for medical repatriation by saying that China’s dominance in pharmaceutical manufacturing was the inevitable result of “market forces” that would be “unrealistic and insensible” to sever.

Set aside the irony of a Communist Party spokesman for a mercantilist regime lauding the power of market forces; there’s nothing inevitable about our dependence on China for medicine. That dependence was the result of the CCP’s ruthless tactics, abetted by bad decisions by American policymakers and business people over many years.

We can begin to undo the damage now. The antidote to our dependence on Chinese drugs is to stop buying them and take back our ability to make basic medicine here in America.