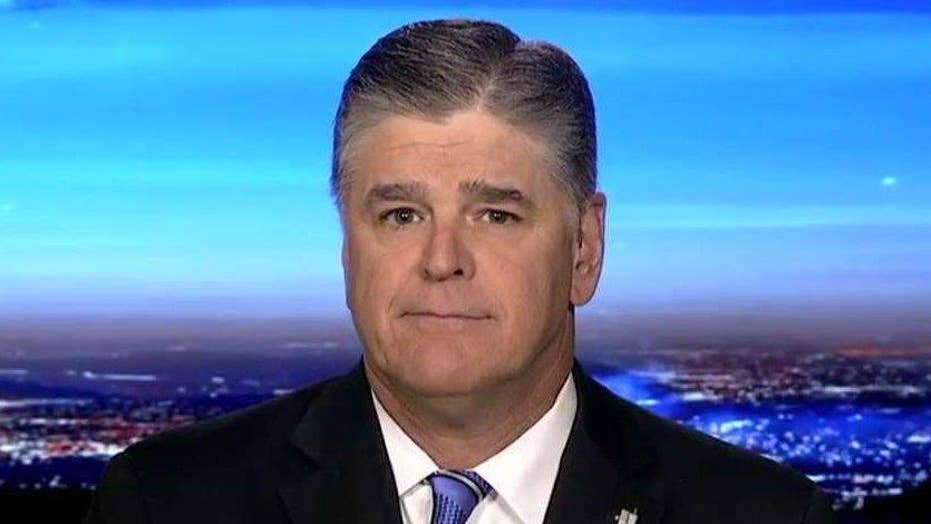 Hannity to GOP: Get the job done or get out of Washington

President Trump has been in office for six months, and has compiled a long list of accomplishments, no thanks to Congressional Republicans.

Frustrated with the Senate Republicans inability to pass a health care plan or even honor a prior vote to repeal ObamaCare, President Trump told them, "inaction is not an option." He spoke for a lot of Americans, who listened for years as Republicans vowed to rip out the disastrous signature accomplishment of Obama.

Every time they ran for re-election, in 2010, 2014 and 2016, Republicans promised to get rid of ObamaCare. It was music to the ears of Americans, who have been bearing the burden of ObamaCare and all the broken promises it brought.

Most Republicans have signaled they will vote to repeal it. But no Democrats will, and a few key Republicans, who previously voted to repeal ObamaCare, now say they won’t. Are they really willing to go down with the ship, and risk their seats because of their hatred for President Trump?

President Trump's agenda, from ObamaCare to energy, immigration and law enforcement, is what the Republican Party tells us it stands for. Republicans have majorities in the House and Senate and a president who gets what the party stands for. There really shouldn't be any excuses. And at this point, there should be some sort of tangible progress.

These Republicans who aren't doing everything they can do to pass the president's agenda through Congress -- the agenda that the American people voted for and deserve -- need to take a good, hard look in the mirror. If they can’t do their jobs and serve the folks who put them in office, they need to get out of the way.

President Trump could also use his party’s protection against Special Counsel Robert Mueller, and the Deep State plot to bring him down. They are on a massive witch hunt, and Mueller has reportedly expanded his Russia collusion probe to look into an unlimited range of Trump’s private business dealings long before he became president. That report leaked out mysteriously right after President Trump told The New York Times Mueller would be crossing the line if he did that.

Mueller should be investigating who is committing crimes by leaking this type of information to the press. But these leaks have been going on for months, and nothing has been done to stop them. In fact, one admitted Deep State leaker was Mueller’s own best pal, former FBI Director James Comey. No wonder Trump fired him.

Mueller has stacked his legal team with Trump-hating lawyers who have donated thousands of dollars to Hillary Clinton and other Democrats. He, the Democrats and their Deep State cronies are out to get President Trump, and they are playing for keeps.

And Republicans, who should be helping him advance their agenda and protecting him from this witch hunt, are asleep at the wheel. It is time to wake them up.