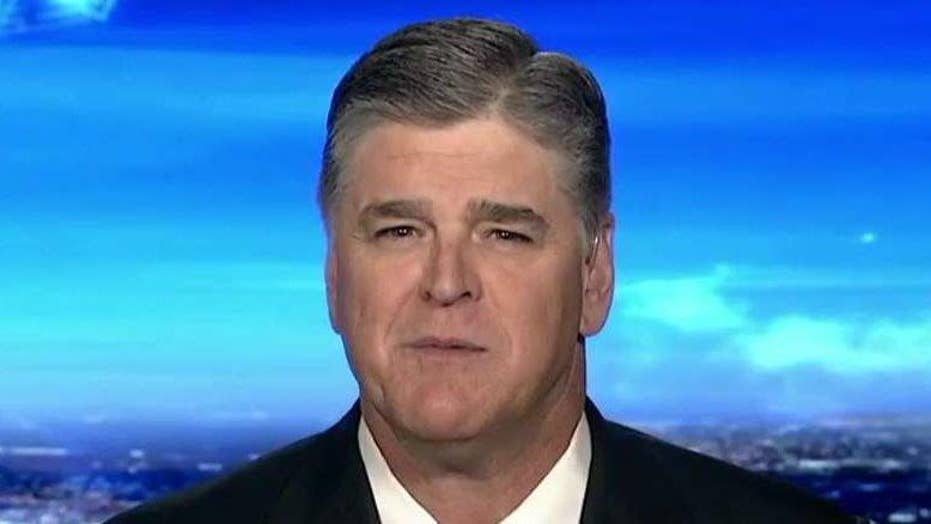 Liberal hatred toward President Trump and Republicans has reached a fever pitch and become uglier and nastier than anything we have seen in modern political history.

And now it is becoming violent.

Last week, a deranged left-wing ideologue tried to assassinate Republican lawmakers. Thankfully, two brave armed Capitol Police officers prevented this from becoming a massacre. But here's the thing: This horrific assassination attempt is just one example of the real consequences of a daily drumbeat of vile and disturbing left-wing hatred.

There is an ongoing performance of Shakespeare's "Julius Caesar" performed  in New York City depicting a President Trump lookalike getting brutally murdered. Last Friday, a protester rushed the stage at the play, "Stop the normalization of political violence against the right."

While liberal haters exercise their First Amendment right to free speech, they should at least consider the consequences it might have in these troubled times.

It’s true that in 2012 a theater company used an Obama-like character in the same play. But can you imagine if the circumstances were the same back then as they are now? The mainstream media would be apoplectic and rushing to blame conservatives and of course, Second Amendment supporters.

If the Obama version had gotten more attention, I would have taken the same position. It was wrong then, it's wrong now. This isn't even really about freedom of speech, although I'd never call for anybody to be silenced. These liberal purveyors of hate have the right to say whatever they want, and I have a right to call them out for being beyond tasteless, vile and disgusting.

While liberal haters exercise their First Amendment right to free speech, they should at least consider the consequences it might have in these troubled times. And let me remind them of the viciousness that has been spewed from the left in this country. Kathy Griffin posing as an ISIS fighter with a fake, bloody, severed head of Donald Trump. Or how about Madonna telling the women's march she thought about blowing up the White House?

There are countless other examples of liberals making threats against the president. This isn't really free speech. It isn’t about art, or comedy or Shakespeare. It is about a rage, a hatred of this president and the left and liberals trying to objectify, dehumanize this president.

To be clear, I'm not saying that the left is responsible for what happened on a Virginia baseball diamond last week. The gunman was a Bernie Sanders supporter, and was probably filled with hate absorbed from MSNBC, crazy Internet sites and the alt-left, radical propaganda media. But James Hodgkinson alone was responsible for his monstrous actions.

But the left, from President Obama, who in 2008 called for a supporter to “tear Hannity up,” to Joe Biden and on to Hollywood, academia and the media, must begin to think about the flames they fan with thinly disguised calls for violence against people they disagree with.

They may not be responsible for violence, but they have a responsibility to dial down the hate before more people get hurt.