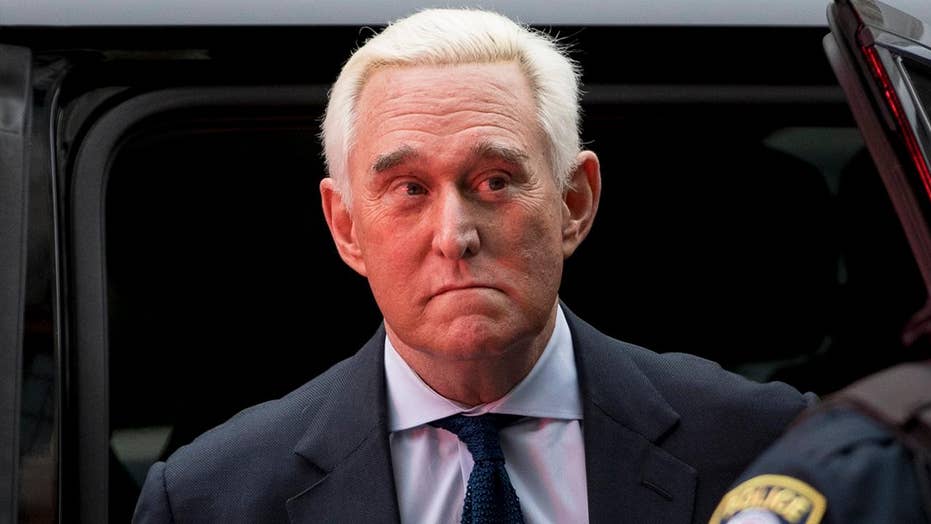 With all the people we know who lied to Congress – former Director of National Intelligence James Clapper, ex-CIA Director John Brennan, the folks who lied to the FISA court and years of scandals like Fast and Furious, IRS targeting conservatives and Hillary Clinton's missing emails, it's good to know the feds finally got their man.

Roger Stone, who is being charged not with Russia collusion, but the process crime of lying to Congress, was targeted for the same reason U.S. District Judge T.S. Ellis said they went after Paul Manafort and the same reason they tried to bankrupt Gen. Michael Flynn. They want to put the screws to Stone, who is 66, to make him sing or compose against Trump. That’s the only reason.

Otherwise, why would you arrest him? If it was really for lying to Congress, he'd be near the back of a long line.

Last week's pre-dawn raid on Stone home in Fort Lauderdale featured 17 vehicles, including armored tactical trucks. There were 27 heavily armed agents – I don’t blame them, they don’t have a choice when they’re told to do something - in tactical gear with weapons drawn.

THE ROGER STONE INDICTMENT: WHAT TO KNOW

For lying to Congress?

Stone got the same treatment as Manafort and Trump's former lawyer, Michael Cohen. All the other people who lied to Congress or to FISA judges got a pass. Roger Stone committed no violent crime. He’s not a drug dealer or a drug kingpin. He’s not a Mafioso or a gangster. He’s not El Chapo. He may have lied to Congress.

All the feds had to do was call his lawyer and say, "Be at police headquarters for processing at 9 a.m. or we’re putting a warrant out for your arrest," and he would have shown up.

Hillary Clinton and her cronies ignored subpoenas for emails, wiped her hard drive with BleachBit and smashed phones to pieces to avoid turning them over. Do you think you would get away with that? You might, if you could help the Deep State with its witch hunt for President Trump.

There’s a danger here. We are a democratic republic. The Constitution that we cherish so much is the foundation of all law and order in this country. If you don’t apply the laws equally, only going after one group of people because of their political views, and you protect people with other political views, you’ve lost our Constitution. We've lost our country.

Without equal application of our laws and equal justice under the law, there's one thing left to say to our great nation: Goodbye.

Adapted from Sean Hannity's radio program, "The Sean Hannity Show,' airing 3 p.m. to 6 p.m. on stations around the country