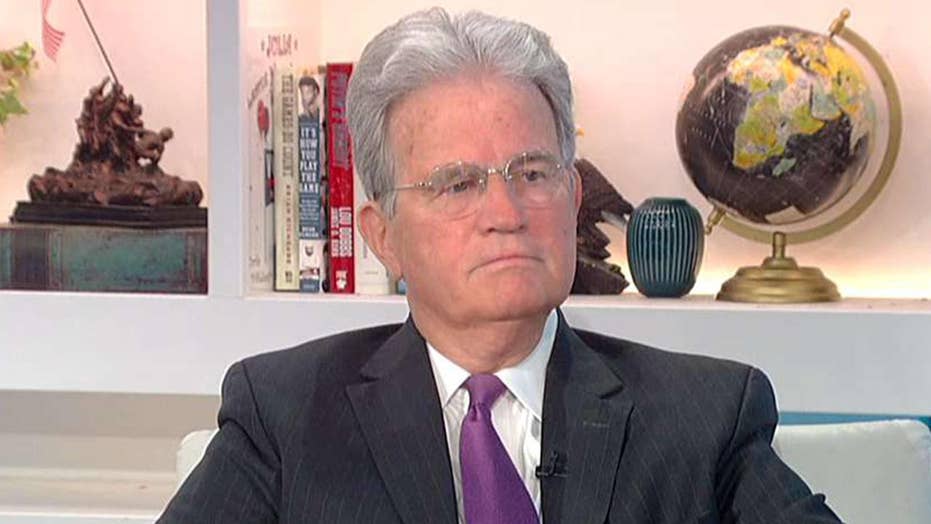 Tom Coburn: Everyone American should have quality access to health care

Doctor and former Sen. Tom Coburn lays out a national policy that he believes is best for Americans.

Washington Gov. Jay Inslee is running for president. Thus far, his campaign has failed to catch on — he's at 0.7 percent in the most recent RealClearPolitics average of Democratic primary polls.

That may change, thanks to a bill he signed into law May 13 establishing the nation's first public health insurance option. If all goes according to plan, Washingtonians will be able to enroll in a state-sponsored health plan called Cascade Care starting next November. Their coverage would take effect in January 2021.

Inslee has boasted that Cascade Care is a model "for the rest of the nation to consider." Let's hope not. A public option may seem like a moderate alternative to "Medicare-for-all." But it'll still result in a government takeover of the health insurance market — albeit more slowly.

Here's how Washington's public option will work. The state is set to contract with private insurers to offer three plans with varying levels of benefits through the state's insurance exchange. It's unclear what benefits the plans will cover, but the legislation requires they keep copays and deductibles low and minimize premium increases. The Inslee administration predicts Cascade Care plan premiums will be 5 to 10 percent lower than those for similar exchange plans.

Thanks to Obamacare, people making up to 400 percent of the poverty level will be able to use federal subsidies to help purchase a Cascade Care plan. The new law also instructs the state to figure out how to subsidize people earning up to 500 percent of poverty — about $63,000 for an individual and $130,000 for a family of four.

The American people are unlikely to get behind any plan that leads to single-payer — even in slow motion.

Public option supporters claim they're just trying to give consumers another choice. What could be wrong with more competition, to keep private insurers honest?

Plenty. Cascade Care plans to keep costs down by paying doctors and hospitals artificially low rates. It's set to reimburse healthcare providers at 160 percent of Medicare's rates — and primary care providers at 135 percent.

Medicare's rates are insufficient to cover the costs hospitals incur treating the program's beneficiaries. According to the American Hospital Association, Medicare underpaid hospitals by $53.9 billion in 2017. Hospitals received 87 cents for every dollar they spent treating Medicare patients.

Paying providers 1.6 times what Medicare does is a slight improvement. But Cascade Care's reimbursements will still be below those of private insurance. A recent RAND Corporation study estimates that private insurers paid hospitals 241 percent of Medicare rates in 2017.

Individual market insurers have struggled to build robust networks of healthcare providers, given their low reimbursements. Nearly three-quarters of plans available on the HealthCare.gov exchange, which operates in more than three dozen states, have narrow networks. People with narrow-network plans may ostensibly have coverage — but may not be able to find a doctor who will see them.

Washington's new law doesn't order health-care providers to accept the new public option. But it's hard to imagine the state will stand by idly if doctors and hospitals refuse to see Cascade Care patients.

Providers may also decide it's easier to shift costs onto private insurers than risk upsetting the state. Private insurers would respond by raising premiums, deductibles, and the like. That, of course, would make the state-sponsored plans, with their artificially low costs, even more appealing.

Slowly, and then perhaps rapidly, private insurers would leave the individual marketplace, unable to compete with Cascade Care. Eventually, the public option would be the only option.

That's unlikely to prove popular. According to a recent poll, 72 percent of Americans are happy with the current state of their health care. A separate survey found that nearly six in ten Americans were opposed to a single-payer health plan if it eliminated private health insurance.

Inslee may hope his first-in-the-nation public option helps punch his ticket to the White House. But the American people are unlikely to get behind any plan that leads to single-payer — even in slow motion.