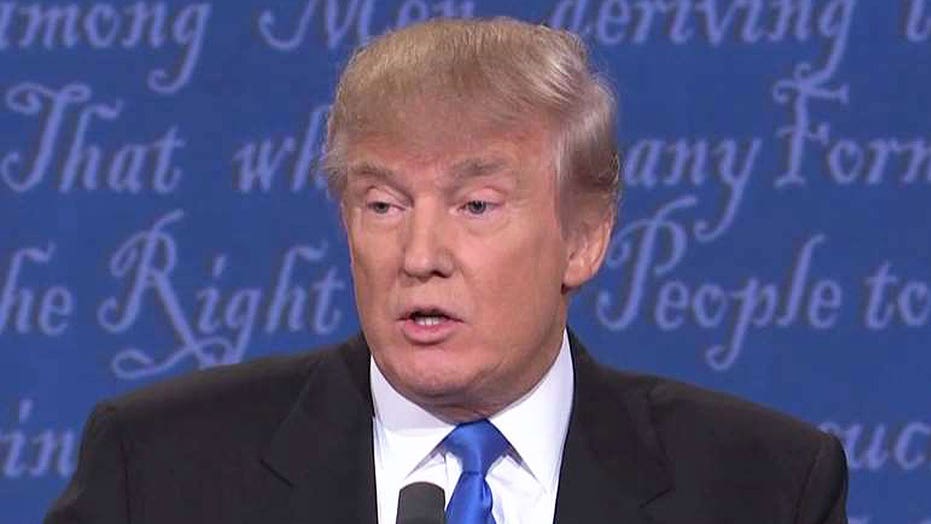 Trump pushes back against Lester Holt on stop and frisk

One of the strategies that helped bring about an 85% reduction in crime in New York City between 1994 and 2013 was the careful and appropriate use of “stop and frisk.” This practice dramatically reduced the number of guns, knives and other dangerous weapons, as well as illicit drugs, in the city.

But according to candidate Hillary Clinton and moderator Lester Holt during Monday night’s presidential debate, stop and frisk is “unconstitutional.” They are wrong. In Mrs. Clinton’s case, it’s the usual misrepresenting she does when she does not know what she is talking about. As for Mr. Holt, if a moderator is going to interfere, he should do some homework and not pretend to know the law when he does not. Mr. Holt and NBC cannot overrule the U.S. Supreme Court.

Over a 20-year use of this policy, spanning the administration of two New York City mayors and four police commissioners, stop and frisk played a material part in reducing homicides in New York City. It helped to change New York City from the crime capital of America to the safest large city in the country.

Stop and frisk is based on an 8-1 decision of the Supreme Court, Terry v. Ohio. That ruling hasn’t been overturned or even modified by the court since it was handed down in 1968. Stop and frisk is constitutional and the law of the land. The majority opinion, written by then-Chief Justice Earl Warren, approved the constitutionality of stopping a suspect if the police officer has a reasonable suspicion that a person has committed, or was about to commit, a crime. If the officer also has a reasonable suspicion the person is armed, he can conduct a pat-down—that is, a frisk—of a person’s outer clothing.

Rudy Giuliani is the former Mayor of the City of New York.