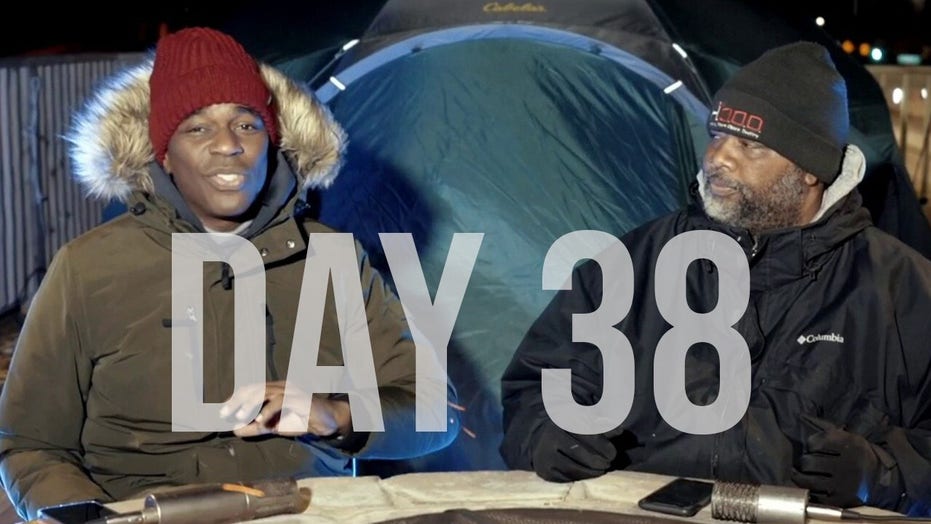 CHICAGO – In the Russian novel "Fathers and Sons," Ivan Turgenev wrote, "A nihilist is a man who doesn’t acknowledge any authorities, who doesn’t accept a single principle on faith, no matter how much that principle may be surrounded by respect." These words may have been written in the 19th century and in a far different culture, but they apply to the young Americans of today who eschew the meaningful path of developing themselves into somebodies for the path of instant gratification achieved through wanton violence.

It was this nihilism that was on the mind of Pastor Corey Brooks when he woke up on the 38th day of his 100-day rooftop vigil to combat the rising violence on the South Side of Chicago. He was not alone; a fellow pastor named Gil Monrose had flown in from Brooklyn to spend the night on the same roof as a show of support.

Brooks confided to Monrose that he woke up thinking, "All across this country, in all of these cities, we see an escalation of Black young men killing young Black men. Wherever you go, Indianapolis, Baltimore, Houston, New Orleans, Chicago, Brooklyn — there is a rise, even during the pandemic."

No stranger to violence, Monrose heads The GodSquad, a faith-based organization in Brooklyn that relies on clergy to lessen tensions within the community and to act as a liaison between its people and the police.

Many of these men have lost their way "because they’re not seeing within themselves that they can be something," Monrose continued. "We are raising a generation who themselves don’t believe they should be alive, and that's a problem."

"That’s a problem," he said. "I mean, anytime you start having young men who think ‘I’m not gonna live past 21, so what difference does it make?’ that's something that we need to deal with as a culture."

If a person believes that society is against them and their own life is meaningless, then what value does another life hold?

Brooks asked Monrose to discuss what he has called "fake culture" and the role it plays in escalating violence.

Monrose began his explanation by citing the example of Pop Smoke, a rapper, who was gunned down in a Hollywood Hills home by teenagers. The 20-year-old rapper rose to fame on his hit "Welcome to the Party," later remixed by Nicki Minaj and others. The fatal mistake that Pop Smoke made was to post a photo of a "whole load of cash on Instagram" along with a photo that revealed his address, Monrose said. The teenage killers saw this as their opportunity to rob their way to riches.

"That’s fake culture," said Monrose. The belief "you can kill someone for something that you did not work for or something that is not yours, and that you’ll get away, it’s a false reality."

These killers lacked connection to the deeper culture within our society. They held no faith in God or any higher power, and they scoffed at the American principles of honor, hard work and respect. With no larger purpose to live for, they were nihilists who valued the most shallow and materialistic aspects of society — to the point of killing for it.

"Young people need to understand that what you see on social media, that’s not real life," Monrose said. "If you’re gonna have a lifestyle that is gonna cause you to die, then that lifestyle is not worth dying for."

Monrose went on to say that the only cure was to change these young men and women so they valued life and restored their bonds to the larger American society. Brooks listened in agreement. Though it is very difficult work, he has spent the last 20 years of his life restoring folks lost to the world of fake culture back into the American mainstream where many thrive to this day.

Nihilism thrives on the disconnect of the individual from any higher power or fellow man. And that is why it scares men of faith and meaning like Brooks and Monrose, who have dedicated their lives to fighting it. What they need are more Americans by their side.